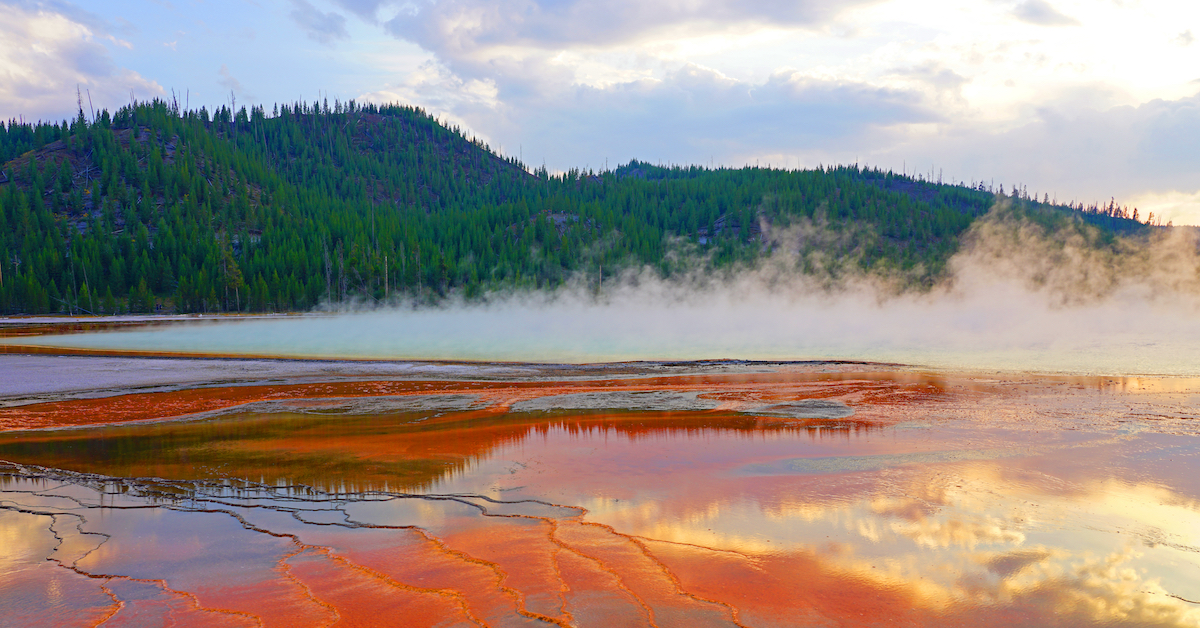 The national park may not have been established until 1872, but people have lived in the area now known as Yellowstone for over 11,000 years.

For example, the group of Native Americans best known to use the area were the Tukudika, also known as “Sheep Eaters,” according to the National Park Service (NPS). However, ancestors of contemporary Kiowa as well as ancestors of contemporary Blackfeet, Cayuse, Coeur d’Alene Nez, Shoshone, and Perce lived and roamed what is now Yellowstone National Park.

Now, to recognize these peoples as the park commemorates what the NPS calls “150 Years of Yellowstone,” Yellowstone National Park is hosting Yellowstone Revealed, a collaborative effort with Mountain Time Arts and numerous tribal nations. The site-based projects and artworks created by a cross-tribal group of artists and scholars were created so that visitors can learn about the historical – and continuing – presence of Native American tribes in the area of Yellowstone, explains the NPS.

“We are thrilled to be working with Mountain Time Arts on Yellowstone Revealed,” Yellowstone Superintendent Cam Sholly said in a statement. “This partnership continues our core tribal engagement efforts and will allow thousands of visitors to engage directly with Native American tribal members in Yellowstone.”

The series of events, which began on August 17, will continue until August 28.

A place used by historical tribes

“Greater Yellowstone’s location at the convergence of Great Plains, Great Basin and Plateau Indian cultures means that many tribes have a traditional connection to the land and its resources,” says the NPS. “For thousands of years before Yellowstone became a national park, it was a place where people hunted, fished, gathered plants, mined obsidian, and used the thermal waters for religious and medicinal purposes.”

For example, the Shoshone report that family groups came to Yellowstone to gather obsidian, which they used to dress bison. The Shoshone, Bannock, and other tribes from the plateaus to the west also passed through the park each year to hunt on the plains to the east. Meanwhile, Blackfeet groups were hunting in open areas west and south of Yellowstone, according to the NPS.

Yellowstone Revealed offers a number of events. Here’s a timeline of what’s happening.

Seven tipis will be illuminated at sunset near the Roosevelt Arch in Gardiner, Montana.

Interpretive hikes, demonstrations, and storytelling will take place at different locations in Yellowstone so visitors can “get a taste of diverse Indigenous ways of knowing.”

A free reservation is required to attend each hike. All reservations have been taken, however, if you are interested, you can join a waiting list.

A representative from the teepee village of the 27 tribes associated with the park will be at Madison Junction.

You can learn more about the current 27 tribes that have historic ties to the lands and resources now found in Yellowstone National Park here.

Visitors can see artwork of seven moving buffalo sculptures brought to life by 14 dancers and 10 drummers as the sun sets in Madison Junction.

Like the event the day before, visitors can see artwork of seven moving buffalo sculptures brought to life by 14 dancers and 10 drummers as the sun sets at Old Faithful.

You can learn more about free events here.

Other Ways to Commemorate 150 Years of Yellowstone

Yellowstone, the nation’s oldest national park, was established on March 1, 1872, when President Ulysses Grant signed legislation to set aside and protect the land. Although the 150th anniversary of the founding of Yellowstone was actually March 1, the park will host a number of virtual and in-person activities throughout the year to celebrate.

You can read more about “150 Years of Yellowstone” here.

While you’re thinking about it, be sure to read all of our Yellowstone content, including: