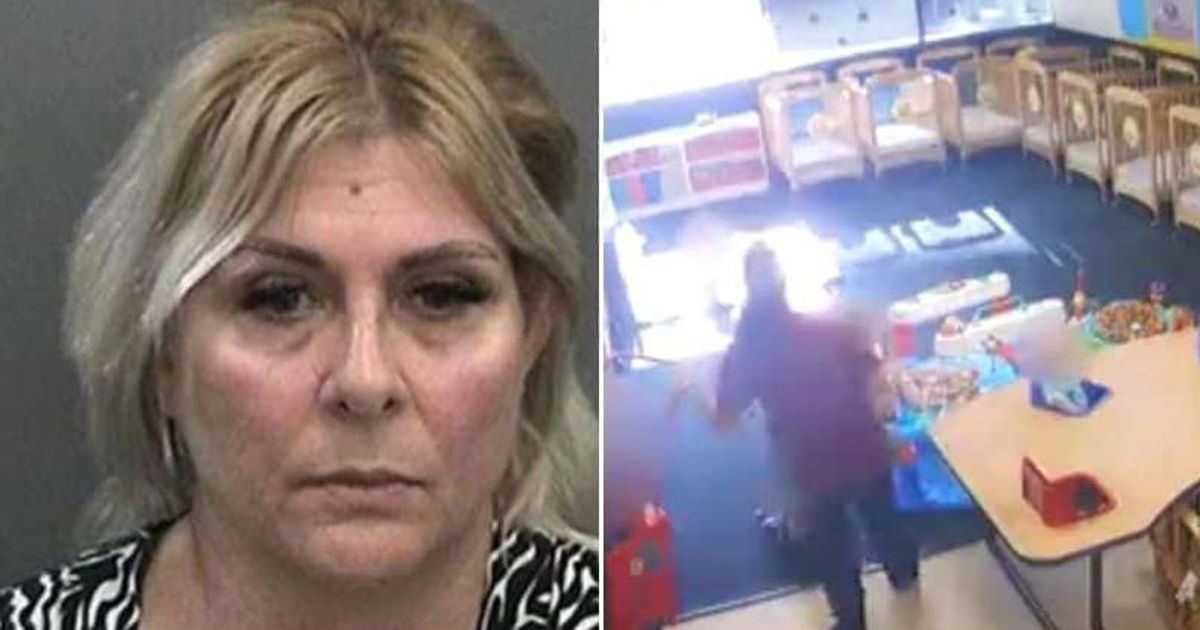 TAMPA, FLORIDA: Yamirka Menendez, 51, a daycare worker in Florida, has been charged with child abuse after disturbing surveillance footage showed her mistreating a 1-year-old and dropping him. Menendez is accused of grabbing the toddler by the wrists and throwing him three feet in the air before dropping him to the ground. As a result, the toddler broke his leg.

The said incident took place at the Time of Wonder Academy in Tampa on September 8, the Hillsborough County Sheriff’s Office reported. Menendez is also accused of “forcibly grabbing” a 4-month-old child and repeatedly slapping the baby. Besides Menendez, another staff member, Milagros Rodriguez, 52, has been accused of failing to report child abuse. “Daycare teacher faces child abuse charges after hitting and dropping one-year-old, causing serious injury to child, and another faces charge for failing to report this abuse, ”the HCSO said in a statement.

A DAYCARE EMPLOYEE ARRESTED FOR MALTREATMENT

Daycare teacher faces child abuse charges after hitting and dropping a one-year-old child, causing serious injury to the child, and another faces charges for failing to report this abuse.

In the footage, Menendez is seen picking up a boy from a mechanical swing, then swinging him by the wrists before dropping him to the ground. As a result, he was not able to stand or place a weight on his left foot. Later that day, Menendez hit the same child on the head. The footage showed her slapping a second victim, a 4-month-old baby an hour later. The mother of the one-year-old victim noticed her son’s pain in her left foot the next day and took him to St Joseph’s Hospital, where he was diagnosed with fractures to his tibia and fibula, reported the sheriff’s office. The toddler was re-examined by the University of South Florida’s child protection team on September 23, which determined he had been physically abused.

The two women were charged on Tuesday, September 28 after detectives examined the video. None of the women had a criminal history. Hillsborough detectives were working with daycare officials to review the video recordings.