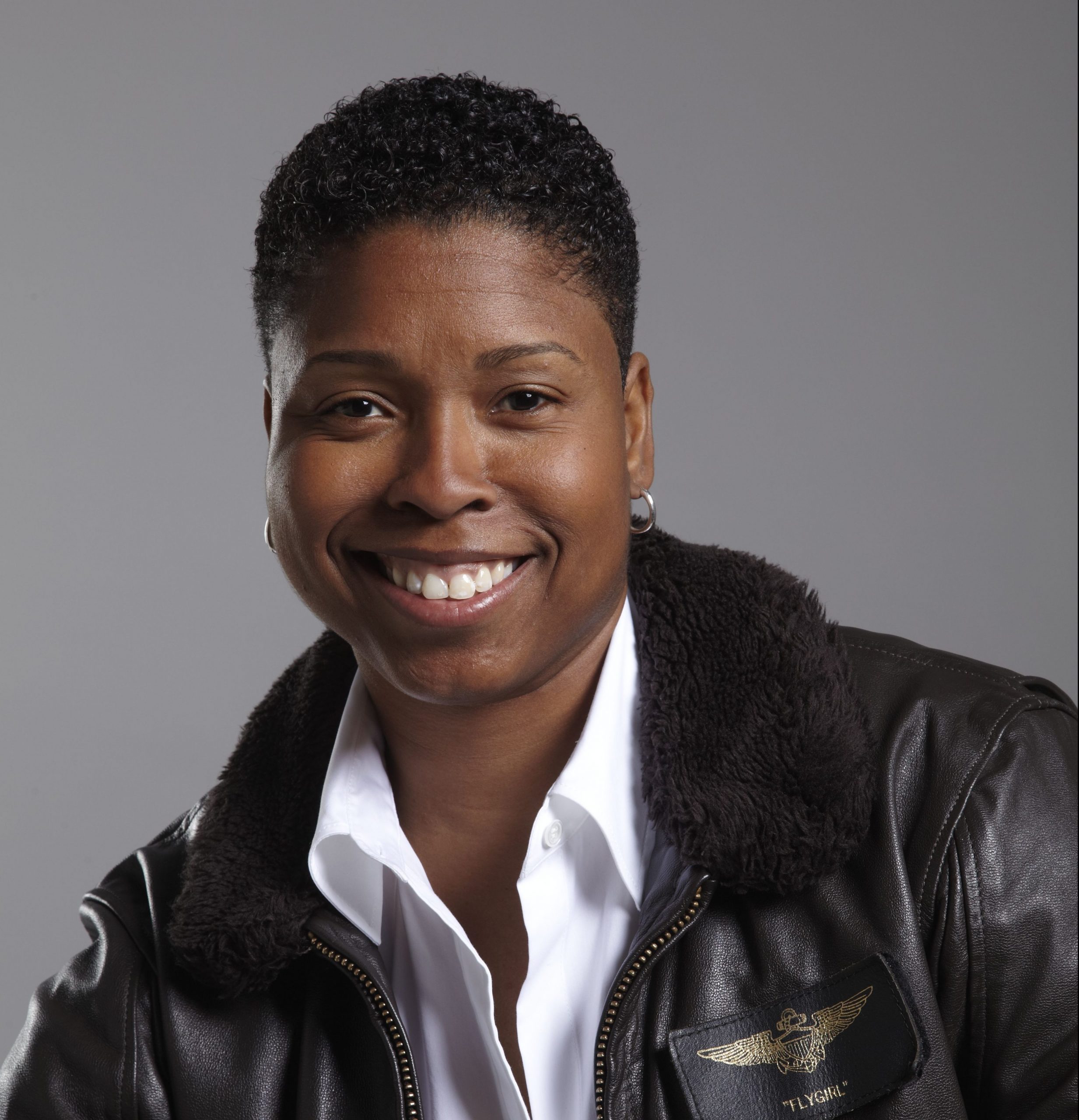 Armor was born in 1973 in Chicago, Illinois to Gaston Armor Jr. and Authurine Armour. After his parents’ divorce, Clarence Jackson married Authurine. His father and stepfather had served in the army. Gaston Armor retired as a major in the US Army Reserve and Clarence Jackson, a former Marine Corps sergeant, served three tours in Vietnam. His grandfather was a sailor from Montford Point; they were the first African-Americans to join the Marine Corps, between 1942 and 1949.

Raised in Memphis, Tennessee, she graduated from John Overton High School for Creative and Performing Arts (not to be confused with Overton High in Nashville) in 1991. There she was very active in the music program, was vice -class president, member of Mu Mathematics Honor Society Alpha Theta and The National Honor Society.

In 1993, while a student at Middle Tennessee State University (MTSU), Armor enlisted in the US Army Reserves and later entered the US Army ROTC. During an Army ROTC career day, the seed of becoming a pilot was planted when Vernice saw an image of a young black woman in an Army flight suit. “Now why didn’t I think of that?” was his first thought!

In June 1996, after a brief stint as a Nashville Sheriff’s Department corrections officer, Vernice took a break from college to accept an invitation to the Nashville Police Academy. She graduated in December 1996 – and later became the first African American woman and woman of color on the Nashville Police Department’s motorcycle team.

Armor graduated from MTSU in December 1997 with his BS in Physical Education: Emphasis in Exercise Science. In 1998, Armor became the first African American woman to serve as a police officer in Tempe, Arizona, before joining the United States Marines as an officer candidate in October 1998. With the seed of aviation in full bloom, Vernice was commissioned as a second lieutenant in the Marine Corps on December 12, 1998, and en route to flight school at Naval Air Station Corpus Christi, Texas and later Naval Air Station Pensacola, Florida.

Earning her wings in July 2001, Armor was not only number one in her class of twelve, she was number one among the last two hundred graduates. She made the prestigious Naval Air Station Commodore List, received the Academic Excellence Award. She became the first African-American female pilot in the Marine Corps. After flight school, Armor was assigned to Marine Corps Base Camp Pendleton near San Diego, California to train in the AH-1W SuperCobra. While at Camp Pendleton, she was named Camp Pendleton’s “Female Athlete of the Year” in 2001, twice won Camp’s annual Strongest Warrior competition, and was a running back for the soccer team. female San Diego Sunfire.

In March 2003, she flew with HMLA-169 during the invasion of Iraq, becoming America’s first black female combat pilot. Vernice flew over the deserts of Iraq in his missile-equipped attack helicopter, engaging the enemy and scouting routes from his cockpit, making sure they were safe for his fellow Marines and soldiers on the ground. She completed two combat tours in the Gulf. Subsequently, she was assigned to the Directorate of Equal Labor Opportunity and Reserve Affairs as a program liaison.

After leaving the US Marine Corps in June 2007, Armor started VAI Consulting and Training, LLC, beginning a career as a professional speaker and expert in creating breakthroughs in life. In 2011, his book Zero to Breakthrough: The Battle-Proven 7-Step Method to Achieve Goals That Matter has been published. As a new business venture, in 2020 FlyGirl launched FlyGirl Construction, a general contracting business in the Atlanta, Georgia area.

FlyGirl holds two honorary doctorates and has received numerous awards as a pioneer pilot, including honors for her leading role in science, technology, engineering and mathematics (STEM). Vernice now resides in Atlanta, GA with his daughter Noah.