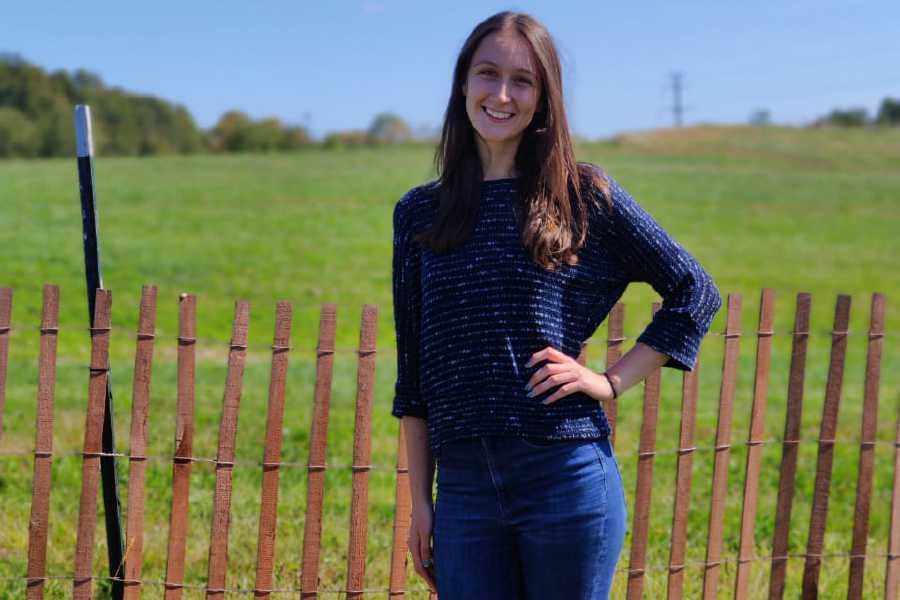 Anne Wnuck expected it to be the experience of a lifetime.

In February 2020, the 2015 Cheshire High School graduate, who earned a degree in International Development Studies from Dalhousie University, was on her way to Nepal as part of the Peace Corps, to serve as a teacher of in the South Asian country for a period of two years. Wnuck expected this to allow her to immerse herself in a culture and country she was only beginning to understand.

“Since I was young, I have had a great affinity for the Peace Corps and its mission. It will be an experience I will never forget,” Wnuck said. the herald at this moment.

Of course, things were about to change.

Shortly after arriving in Nepal, the world was overwhelmed by a pandemic that only happened once every hundred years. COVID-19 has started to spread across the world, shutting down societies and sending people into isolation. Cut off from much of the world and the 24-hour news cycle, the extent to which other nations were responding to the public health crisis was not fully known to members of the Peace Corps. “We didn’t really have a clear idea of ​​exactly what was going on,” Wnuck said last month. “People in America probably had a lot more idea, watching the news every night, about how (the pandemic was progressing). For us, it was a short time. Within two days we were told to pack up and evacuate. Everything was very hectic. »

“It was business as usual for us…until it wasn’t,” she added.

What was supposed to take two years turned into less than two months. Wnuck found herself out of the Peace Corps and back in the United States. The Cheshire native was one of more than 7,000 volunteers who were evacuated by the Corps in March 2020 as the organization suspended all overseas operations.

Now, over two years later, Peace Corps is once again returning to its mission to help communities in developing countries and once again Wnuck has answered the bell.

On Friday, June 24, Wnuck boarded a plane bound for Sierra Leone, a country located in the southwestern part of Africa. She will serve again as an English teacher working with students, and again she will engage in the corps which will last for over two years.

“There’s three months of training and then hopefully in September I’ll be sworn in as a (Peace Corps member),” she said, “so overall it’s is a 27-month stay.”

Wnuck admits she is just beginning to learn more about the history of the area she will be inhabiting for the next two years, including her connection to slavery in America and around the world. Former slaves migrated to the country in the 18th and 19th centuries, helping to inform much of the nation’s culture, including its Krio language derived from Creole English common in parts of the southern states. States, as well as the name of its capital – Freetown — and national tree — a cotton tree.

“This story is just something you can’t ignore, and neither should you,” Wnuck said.

However, she also learned that the people of Sierra Leone are known to be welcoming and friendly.

“It’s a very community-oriented company,” she says. “I expect them to be very nice, very welcoming.”

The area Wnuck will be staying in is very rural and she admits to worrying about the availability of everything from internet access to electricity. There have been recent investments in the power grid in parts of Sierra Leone which she hopes will make her time there more accommodating, but her main concern is how some of these limitations may affect her ability to teach the children who will populate its classrooms.

Yet she has full confidence in her ability and that of her peers to find a way forward.

“If there’s one thing the Peace Corps teaches you, it’s to be flexible,” she laughs.

In the week leading up to his departure day, Wnuck was in Arlington, Va., at the Peace Corps Staging Area, preparing for his trip. This, together with the three months of in-country training she will receive, is designed to help her feel more at home in Sierra Leone. However, the Cheshire native admits the only way to really learn about her new home will be to get there and “immerse yourself in the community”.

“I really won’t know exactly what to expect until I’m out there talking to people,” she said. “I guess I’m expecting the unexpected at this point.”

So why make such an investment of time, effort and energy?

“I guess I’ve always been a service-oriented person,” she said. “I know I will miss my friends, my family, even certain milestones in people’s lives…but the only way to truly understand (a culture) is to live, work and fully integrate into the community. That’s what I hope to do.

Stream it or skip it?