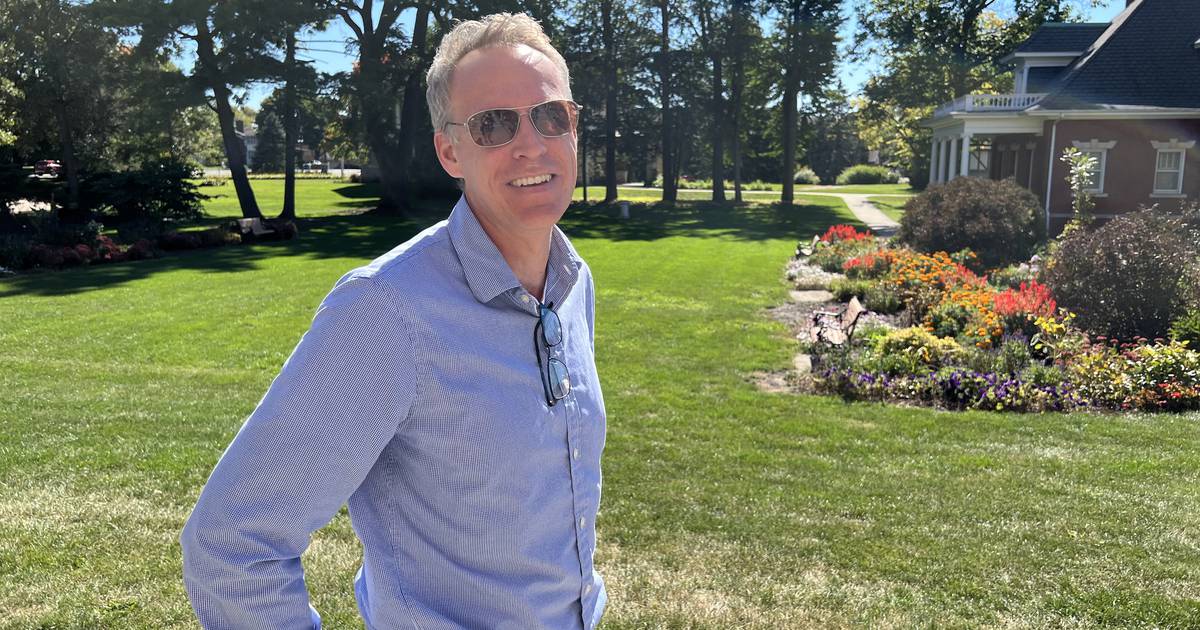 DeKALB – The longtime manager of the historic Ellwood House in DeKalb said goodbye to his position as executive director recently after his 12-year run raised more than $1 million and the Nehring House was returned to the ownership of the historic facility.

Reis said it would be hard to leave museum supporters in the DeKalb area, but he’s proud of the restoration work he’s completed at the mansion.

“We’ve put new roofs on the buildings, really good preservation campaigns, and for the mansion itself, we’ve done this historic structures report, which is this really massive document that looks at… the whole building to see how it was developed historically, how it is used today and then how to restore it in the right way,” Reis said. “It was a two-year contract right there, just to have this document created by a team of curators.”

Ellwood House achievements, preservation initiatives and community respect have accrued during Reis’ tenure, but esteem for the local heritage site has not been the only positive result he has created. during his time. Ellwood House board member Jerry Johns said his relationship with Reis was one of the most important he had in his life.

“It was excellent and one of the most meaningful experiences of my life,” said Johns, 78. “He’s an exceptional executive director and we apparently forged a bond so that we could communicate very openly and clearly with each other, and we also enjoyed a very special friendship.”

“It was great, it was a great apartment and it was a great place to live,” Reis said. “I mean, I wrote my masters thesis on the little porch that is part of the apartment, so it was perfect with the proximity to NIU.”

Johns said under Reis’s leadership, the Ellwood House embarked on a three-year program to raise more than $900,000 for historic restoration, which has raised more than $1 million for initiative.

“Brian has been the foundation to really make all of this possible, and it’s a real feather in his many accomplishments as executive director,” Johns said.

With Reis’s departure, Johns said the Ellwood house must fill the position of executive director. In the meantime, the current staff will facilitate the tasks that Reis leaves behind.

“We also have staff members who will continue the various roles so that Ellwood House can serve the community and the wider region with outreach programs, tours and the upcoming holiday open house,” Johns said.

Johns, who previously served as chairman and vice-chairman of the board of Ellwood House, hopes the new executive director will continue the initiatives launched under Reis’s tenure and help move the museum and historic property forward as Reis l ‘did.

A qualified candidate, Johns said, will be a strategic leader who can work with the board to achieve long-term goals while managing multiple fundraisers a year, performing human resources department functions and overall business administration, and managing exhibits and maintaining proper care of artifacts.

“It’s a sad time, and I think I speak for everyone on the board,” Johns said. “However, we are delighted that he [Reis] found a new company that will continue to use his talents. And I personally think that’s an almost perfect position for him.

Reis’ retirement from the Ellwood house will not end his professional career, however. He accepted the position of executive director of the Smeja Homestead Foundation in Rockford. At 25 acres, the farm is Reis’ largest site, with fewer buildings than at DeKalb.

“They are more than [an] organization that is looking for a new direction and wants to focus on historic preservation and doing, you know, outreach and programming,” Reis said. “And they’re looking for someone to consider it a startup, and I like that.”

When asked why Reis’ new position at the Smeja Homestead Foundation was near perfect, Johns said it was “because he’s a visionary.”

“And this new role will require him to devote time to preparing for a restoration of a [century old] farm and then move on to other things that will help position this organization to grow and have a greater impact in the community,” Johns said.