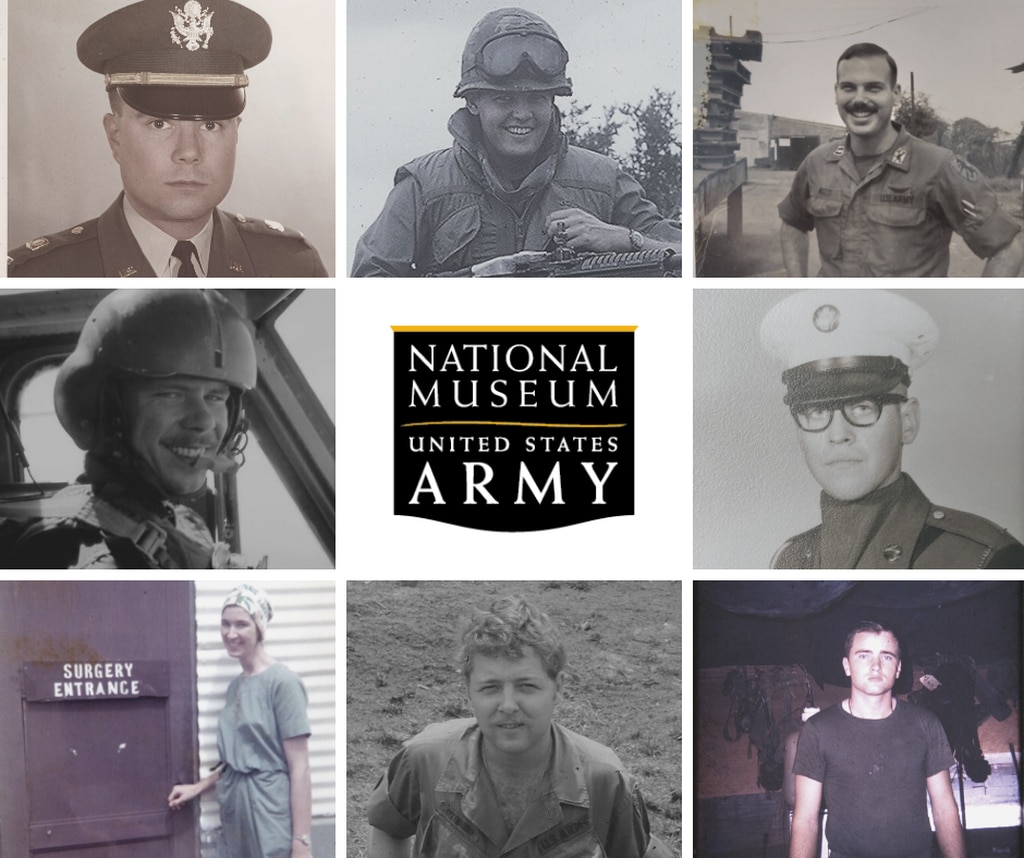 FORT BELVOIR, Va. – A young woman, inspired by her father’s service in World War II, joined the military to become a nurse.

Another young man, motivated by the stories of history and the military’s place in it while in elementary school, set his sights on a career in the military.

Both found themselves in the Vietnam War and decades later have shared their stories and tangible elements of that personal history here at the National Museum of the U.S. Army on March 29, National War Veterans Day. Vietnam.

Retired Lt. Col. Marcia L. Kidd heard her father, a Battle of the Bulge veteran, tell how his frostbite crept into his legs and an Army nurse massaged them warm throughout the night. He told her he had to go home and dance with his wife.

This inspired a teenage Kidd to seek to become an Army nurse herself. Graduating from basic training in 1969, she underwent follow-up training at Fort Gordon, Georgia, where the young army captain met her “soul mate”, 2nd Lt. Richard Goodwin Kidd Jr. followed to Vietnam, where he served in the Signal Corps.

The couple managed to hook up a few times, resting and relaxing in Hong Kong where they were engaged.

After more than 23 years, she retired and he followed, giving almost 30 years and achieving the rank of colonel.

The couple, who live in northern Virginia, were thrilled the Army was building its national museum at Fort Belvoir. Richard didn’t live to see the museum open in 2020. But Marcia volunteers on site, explaining the exhibits and answering questions from visitors young and old.

The retired Army operating room nurse displayed a multi-panel quilt made for her by fellow members of the Mount Vernon, Virginia Nelly Custis Chapter of the National Society of the Daughters of the American Revolution.

The women in her chapter made quilts last year for veterans of their organization. Each panel is signed by the quilter who made it. Kidd’s photos of Vietnam, in black and white with braids and a field cap, scrubbing for the operating room, adorn the quilt.

She was one of 10 volunteers who answered the call from museum staff to share not only their experiences but all of their personal belongings from their service on Vietnam Veteran Appreciation Day, Tammy Call said. , director of the museum and former army officer.

Call’s father was a career soldier and Vietnam War veteran, she said.

Miguel Monteverde was just a boy, in sixth grade at St. Catherine’s Military School in Los Angeles, California, when he was charged by the story he was reading and looked for a way to make the story itself.

And it seemed to the boy that the army was “always making history.”

After graduating from the Virginia Military Institute in 1966, he was commissioned as an artillery officer. He led a battery in West Germany during the Cold War before heading to Vietnam.

“We had a very sporty summer on the floor of the A Sau Valley in the summer of 1969,” he told the Army Times.

Sporting might be an understatement. Monteverde’s unit, A Battery, 2nd Battalion, 319th Airborne Field Artillery with the 101st Airborne Division, fired shells during the Battle of Hamburger Hill, where several battalions of paratroopers broke through dense enemy opposition during a direct assault.

Although this battle raged on in May 1969, the shooting did not stop.

“We were bombarded with rockets and mortars with alarming frequency,” Monteverde said. “We were hit by a very, very heavy attack on June 13-14, 1969.”

The battery prevailed against the attackers, but the tactics took an intense turn.

“We were shooting directly at the enemy coming towards us,” he said. “We monitored 54 bodies off the wire, we did not cause any fatalities ourselves.”

When he left the unit, his soldiers presented him with a set of water buffalo horns, the emblematic animal symbol of Vietnam.

“It was a unique gift, so unique that my wife never allowed me to put them over the fireplace in any house we lived in,” Monteverde said.

“This museum, really, is a 185,000 square foot tribute to the American soldier,” he said. “It’s not tanks, jeeps and water buffalo horns. This is the story of all of us who have served in the uniform of this country.

The soldiers mounted the horns, pins and a small brass plaque on a wooden board for their commander.

“I’ll tell you, I didn’t stress my soldiers too much about where they got the water buffalo horns,” he told the Army Times.

The horns, on display on the day of the presentation, feature the 101st Airborne Division’s “Screaming Eagle” pin, crossed artillery cannons, paratrooper jump wings and his unit’s shield badge.

“It was a gift from my soldiers. They made them. They put it all together,” he said. “I really cherish them.”

Todd South has written about crime, the courts, government and the military for several publications since 2004 and was named a 2014 Pulitzer Finalist for a co-authored project on witness intimidation. Todd is a Navy veteran of the Iraq War.

How to manage retirement with student loans, according to an expert