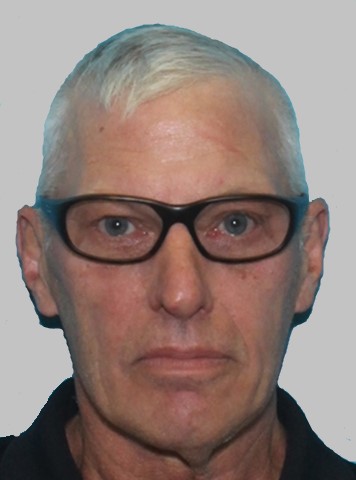 NORRISTOWN – An Upper Providence man being held on bail for attempted homicide for allegedly firing multiple shots at officers responding to a behavioral/psychiatric emergency at his home has cancer and should be allowed to be released on reduced bail to enter hospice care, his lawyer plans to argue.

David John Naumenko, 63, of the 1400 block of Meadowview Lane in the Mont Clare section of the township, through his attorney, filed an emergency petition in Montgomery County Court for a “compassionate release.”

“The defendant suffers from esophageal and liver cancer and receives only palliative care, and his life expectancy is measured in days, if not weeks,” wrote defense attorney James P. Lyons in court documents.

Naumenko is being held on $2 million bond pending an Oct. 5 preliminary hearing on charges and is currently hospitalized and under observation at a local hospital, according to Lyons. Doctors at the hospital want Naumenko released “because there is nothing more than they can do” and Naumenko now needs palliative care, Lyons argued.

However, Lyons said, hospices will not accept Naumenko if he is in “custody status.”

Lyons asks a judge to reduce the $2 million bail to unsecured bail so Naumenko “can die in a hospice” rather than the county jail.

“I know the matter is serious. The charges are very serious, there’s no doubt about that,” Lyons said in an interview. “But that being said, it’s almost a moot point because this man is going to die and there’s nothing anyone can do about it.”

Lyons explained that the purpose of bail is to ensure that a defendant appears at all court hearings and to ensure public safety.

“He’s in no way a threat to anyone at this point. He can’t get out of bed,” Lyons said. “I’d rather he die in a hospice surrounded by his family than die in prison.”

Lyons maintained that officials at Prime Care Medical, which provides medical services at Lower Providence Jail, determined there was no way the prison could provide the type of 24-hour “comfort care” 24 that Naumenko now needs, including the administration of morphine to reduce pain and suffering, and that he would be best served in an inpatient hospice or skilled nursing facility.

“At this point we have hospice lined up, but they can’t take him if he has prisoner status,” Lyons reiterated. “If it weren’t for the impediment of bail, the fact that he is a prisoner in fact, nothing would prevent him from going to a hospice.”

A judge has scheduled an emergency hearing on the request for Tuesday. At that time, District Attorney Kevin R. Steele will respond to Naumenko’s request.

While Naumenko was arrested in March, his preliminary hearing before District Court Judge Richard H. Welsh was repeatedly postponed as he underwent tests to address his “mental health functioning, ability to be tried, progress toward regaining jurisdiction, foreseeable prospects for regaining jurisdiction, and a determination of level of care,” according to court documents.

The investigation by the Montgomery County Detective’s Office included numerous interviews, a review of body camera and police vehicle video footage, and processing of the crime scene. Naumenko, who suffered a single gunshot wound to the arm in the incident, was eventually arrested by members of the Montgomery County SWAT West Region.

The investigation began at 2:59 a.m. on March 16 when Upper Providence police were dispatched to the Meadowview Lane residence after a family member called 911 to report a behavioral/psychiatric emergency. Naumenko’s wife reported that Naumenko had a nervous breakdown, “had guns” and left their residence but was “harmless,” according to the criminal complaint filed by County Detective Gregory Henry.

Naumenko’s wife later told detectives she became alarmed and called 911 when Naumenko “started picking up handguns and ammunition while telling him they had to go meet people” , according to the arrest affidavit.

The first Upper Providence officer to arrive observed a van in front of the residence. The truck was rolling and Naumenko was observed pushing his wife toward the open passenger door, according to court documents. The officer got out of his police vehicle and said to Naumenko, “What’s going on?

As the officer approached, he saw Naumenko crouch down behind the passenger door and reach for his belt. Believing at the time that Naumenko was retrieving a firearm, the officer attempted to fall back into cover while drawing his duty revolver, according to the criminal complaint.

“Before (the officer) could take cover and before his service weapon was fully drawn, he heard a volley of gunfire coming from the direction of David Naumenko,” Henry alleged. “(The officer) fired back in an attempt to stop Naumenko’s shots. (The officer) continued to come under fire and he turned to put some extra distance between him and Naumenko. As ( officer) did this, he fell to the ground and dropped his service weapon and flashlight.

Detectives alleged that a bullet grazed the back of the officer’s uniform and hit his radio cord, disabling his police radio.

Naumenko allegedly continued to fire at the officer, who, from a cover position, was finally able to ready his service weapon, according to court documents.

“At this point, Naumenko got into his truck and started walking towards (the officer) while shooting him,” Henry alleged. “Naumenko walked around the (officer’s) vehicle as they exchanged gunfire.”

The second officer told authorities that when he arrived at the scene, he saw the white van heading directly towards him.

“At that time (the second officer) heard bullets whizzing past him and he could see muzzle flashes from the driver’s side of the truck,” Henry alleged, adding that the officer had exited his vehicle in an attempt to take cover behind certain vehicles in a parking lot. “As (the second officer) got out of his marked patrol vehicle, he fell to the ground and rolled on the ground believing that Naumenko was going to run him over. As the (second officer) got up from the ground, Naumenko crashed his truck into three vehicles parked in front of (the officer).

As the second officer returned to his feet, he fired back at Naumenko who was still shooting at him, detectives claimed. While firing back, the second officer felt his magazine fall from his firearm, so he ran for cover in front of Naumenko’s truck. Naumenko then walked past the officer and stopped at the end of the block, at which point the second officer relayed the “shots fired” to dispatchers via his police radio.

Police observed Naumenko’s wife exit the passenger side of the truck and the officer called her to his home, ensuring her safety, according to court documents. Naumenko allegedly continued to fire at the officers there, but they kept cover and did not return fire.

A Limerick Township police officer arrived to help as shots continued to be fired by Naumenko, court documents show. The Limerick officer was able to gain access to a second-floor flat in the neighborhood to attempt to observe the suspect from a window when he was shot, according to court documents.

As Naumenko reportedly reloaded his weapon, the Limerick officer discharged his patrol rifle, hitting Naumenko once in the upper right arm and knocking him to the ground.

Montgomery County SWAT West Area members responded to the area and observed Naumenko lying in a grassy area, gave orders to the accused who did not respond. SWAT officers intervened and took Naumenko into custody, where he was treated by emergency medical responders and transported to a local hospital for treatment of his injury, court documents show.

Detectives alleged that several firearms and ammunition boxes were found inside and in the bed of Naumenko’s truck as well as at his residence. A records check revealed that Naumenko had eight registered firearms, including 9mm handguns, according to court documents. Other firearms came back as “no records found”, detectives alleged, adding that Naumenko did not have a license to carry firearms.

Based on interviews, detectives said Naumenko had a history of suicidal thoughts, but no known diagnosis of mental illness. Detectives determined that Naumenko had been taking opiates for back pain for several years and had recently smoked non-prescribed marijuana, according to the arrest affidavit.