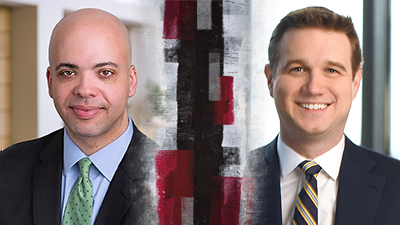 Sam clark is Director of the Civil Division of the Ramsey County Attorney’s Office. He served as a St. Paul City Attorney from 2015 to 2018, where he oversaw a team of over 70 legal professionals. He previously worked as a senior assistant to U.S. Senator Amy Klobuchar, as an attorney for the Judicial Commission, and also as State Director in Minnesota.

In private practice, Clark has worked twice with Greene Espel, most notably as a partner from 2019-2020.

A graduate of Harvard College and Yale Law School, Clark worked for Judge Michael Davis while he was chief justice of the United States District Court for the District of Minnesota.

Scott flaherty is a partner at Taft, Stettinius & Hollister, where he manages complex litigation in areas such as intellectual property, commercial litigation and Indian law.

He was an assistant professor at the University of St. Thomas School of Law and a clerk at the Minnesota Court of Appeals. He is the former chairman of the board of directors of the ACLU of Minnesota and the current secretary of the Minnesota Supreme Court Historical Society. He also previously chaired the Minneapolis Commission on Civil Rights.

Flaherty is a graduate of Washington University in St. Louis and the University of Iowa College of Law.

Minnesota lawmakers have completed their $ 52 billion budget. This is what it means for you