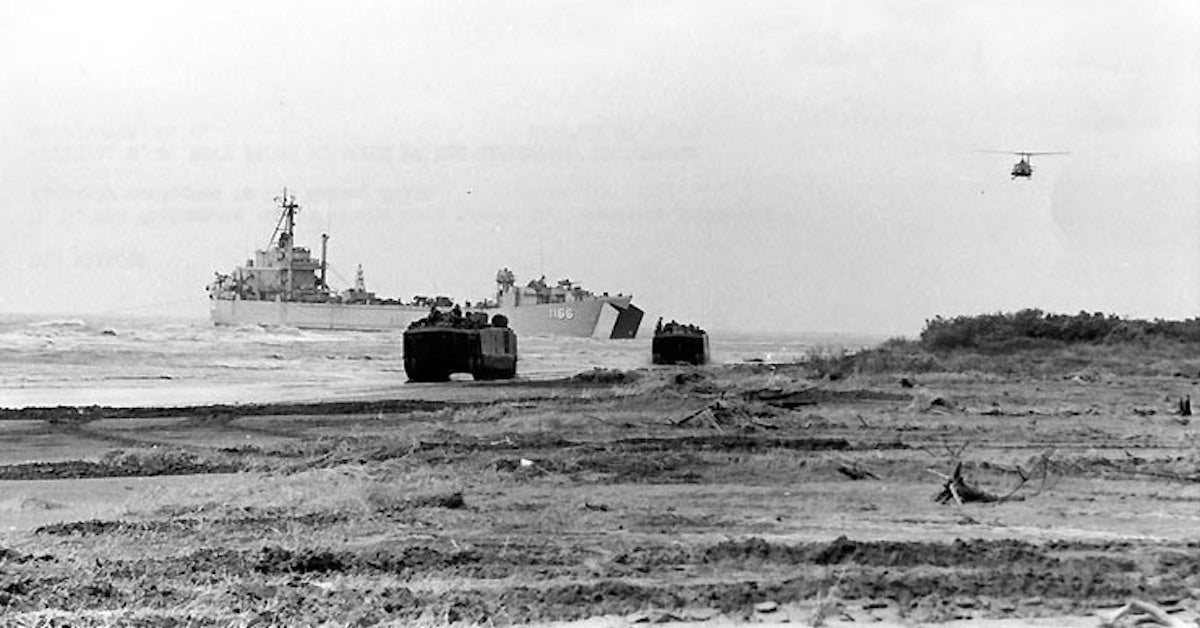 On January 6, 1967, Operation Deckhouse V was launched in the Mekong Delta during the Vietnam War.

The ten-day sweep was a coordinated joint operation between the United States Marine Corps and the Republic of Vietnam Marine Corps. It was a combined amphibious operation with the objective of securing communist munitions depots, ordinance and engineering workshops, hospitals and other strategic centers.

The amphibious assets were supported by a mixed force of UH-34 and CH-46 helicopters operating from the USS Iwo Jima. Running through January 15, Deckhouse V was a complex logistics campaign that produced disappointing results. Twenty-one Viet Cong were killed, two small arms workshops were destroyed and forty-four weapons were confiscated, but seven US Marines and one Vietnamese Navy died.

There were a number of complications which contributed to the poor results of the mission. Some participants blamed the information leaks, including a possible Filipino radio station broadcasting sea departures from Subic Bay. Others blamed the execution or the rough seas. The nature of the joint operations also complicated the mission; while amphibious doctrine requires Navy and Marine Corps aircraft, the location of Deckhouse V required all air support to come from the Seventh Air Force, adding to the logistical constraint.

Feature Image: US and South Vietnamese combat troops land during “Operation Deckhouse V” in the Mekong Delta. Two US Marine Corps amphibious tractors move along the beach in the foreground, with a UH-1 helicopter approaching from the right. The USS Washtenaw County (LST-1166) is in the background. (Image from the Ministry of Defense)

A step-by-step guide to protecting your business from disasters