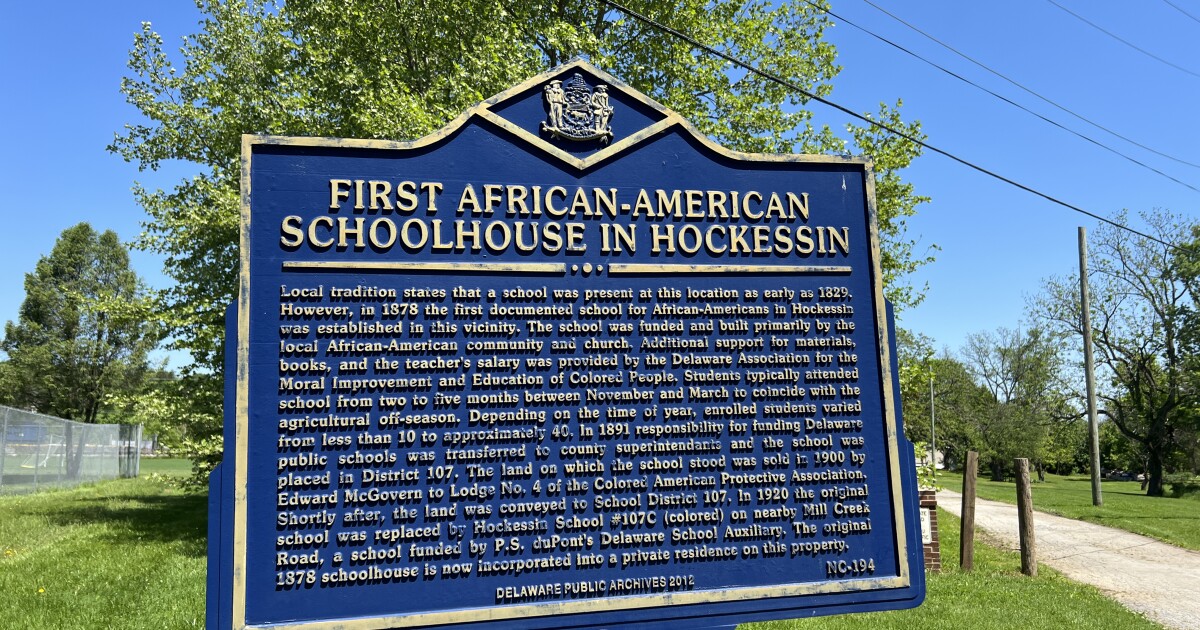 President Biden recently signed the Brown v. Board of Education, which should make Delaware’s role in the landmark 1954 Brown v Board decision of the United States Supreme Court banning school segregation more visible.

The school in Topeka, Kansas, linked to the Brown decision, became part of the national park system in 1992.

This act redesignates this historic site as Brown v. National Historic Park. Board of Education. It also officially recognizes other sites linked to the case, including Claymont High School, Howard High School, and Hockessin School #107C in Delaware.

James “Sonny” Knot, alumnus of Hockessin School #107C, says he’s glad his former school is getting this renewed attention for its role in the landmark case.

“They don’t have to hear it, they can see it, and that’s more important than anything. I can tell you anything, but until you see it… And you can bring your kids,” Knot explained. “So we’re going to continue until the days when things were separated. It is now open to the public. That’s why it’s so exciting for people like me.

Every first recognized public school was part of the Belton v. Gebhart case in Delaware which was later combined with 4 other cases to become Brown v. Board of Education.

Belton v. Gebhart is a combination of two Delaware cases. The first case was brought by the parents of eight black college students living in Claymont, DE. Claymont High School was an all-white segregationist school. Although the students lived near this school, they were forced to commute to downtown Wilmington each day to attend Howard High School, which was the first high school for black Delawares in the first state.

In 1950, Bulah v. Gebhart, the second case which was eventually absorbed by Belton v Gebhart, was brought by Sarah Bulah. His daughter, Shirley, attended Hockessin School #107C, the only school in the area that accepts black students. Bulah was only 6 years old and had to walk 2 miles to and from school every day. Her mother wrote to Governor Carvel asking the state to provide transportation and was turned down, despite a bus carrying white students passing her every day.

The cases were filed in 1951. Jack Greenberg of the NAACP Legal Defense and Educational Fund, and Louis L. Redding, Delaware’s first black attorney, worked on the case together. Chancellor Collins J. Seitz ruled that black and white school conditions were unequal, effectively violating the “separate but equal” doctrine that allowed for legal segregation at the time, and called for the integration of schools in the Delaware. The trial court’s decision was upheld by the Delaware Supreme Court. Of the five cases involved in Brown v Board of Education, Gebhart v Bulah was the only one to order the integration of schools at the state level.

The former Claymont High School is currently a community center.

And Hockessin School #107C is now a center for diversity, inclusion and social equity.

Ivan Henderson is director of the Jane and Littleton Mitchell Center for African American Heritage. He says many people are unaware of Delaware’s role in the case and says this ruling and better access to educational resources can change that.

“In a state that has a new African American history education bill, it’s important to have these kinds of resources and sources to point to and visit and make history real and, as far as possible, tangible,” Henderson said, referring to House Bill 198.

Henderson says as Delaware moves forward with HB 198, more resources and opportunities will be available for educators.

For now, for those interested in learning more about Delaware’s role in Brown v Board of Education, the Mitchell Center for African American Heritage has information available, including exploring the legacy of Louis L. Redding , descriptions of “a day in the life” of Howard High School students during the segregation period, and more. Tours are available by appointment, and more information can be found at www.dehistory.org.

The U.S. Midterm Elections and the Strange Demise of the Political Center