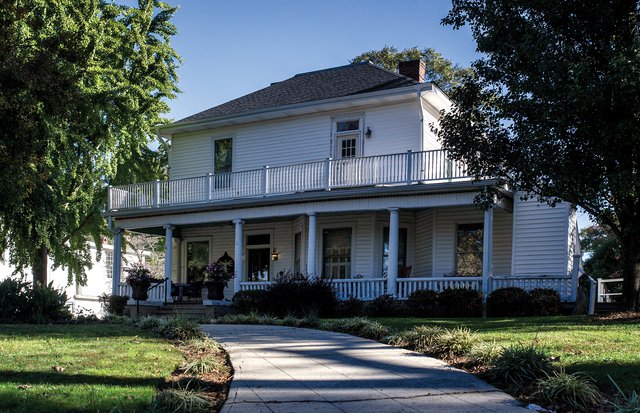 The history of Longstreet, Catholicism and the Tallulah Gorge wrapped up in this Green Street home

The architecture of the Longstreet-Newton home, Reynolds said, is not particularly historic compared to some of the other homes on Green Street. “But in terms of the historical value of this house and what happened there,” he said, “it probably surpasses all the others.”

A historical survey conducted by the Georgia Department of Natural Resources estimates the house’s construction to be 1910, but Richard Pilcher said Longstreet had lived in the house for several years before his death in 1904.

â€œHe lived in this house,â€ said Pilcher, manager of the Piedmont Hotel, which was owned by Longstreet and now serves as the headquarters of the Longstreet Society.

The house was owned by Longstreet’s much younger second wife, Helen Dortch, whom he married in early September 1897. He was 76 and she was 34. Pilcher said she inherited her father’s house after his death in 1891 and the date 1910 could refer to when a second story was built. More recent historical documents refer to the second floor built after 1916.

Reynolds said there are two main reasons the Longsteet-Newton house eclipses its neighbors in the annals of Green Street history. First and foremost, it is the birthplace of St. Michael’s Catholic Church in Gainesville.

â€œThe Catholic Church was founded in the basement of this house,â€ said Reynolds.

After being banished from the Episcopal Church and called a “scalawag” for supporting reconstruction, Longstreet converted to Catholicism in March 1877. His wife Helen was a devout Catholic.

Longstreet held Catholic church services in his basement, where two fireplaces were built to resemble an altar, according to historical records from the Georgia Department of Natural Resources. The basement was used for a number of years before a Catholic church was built.