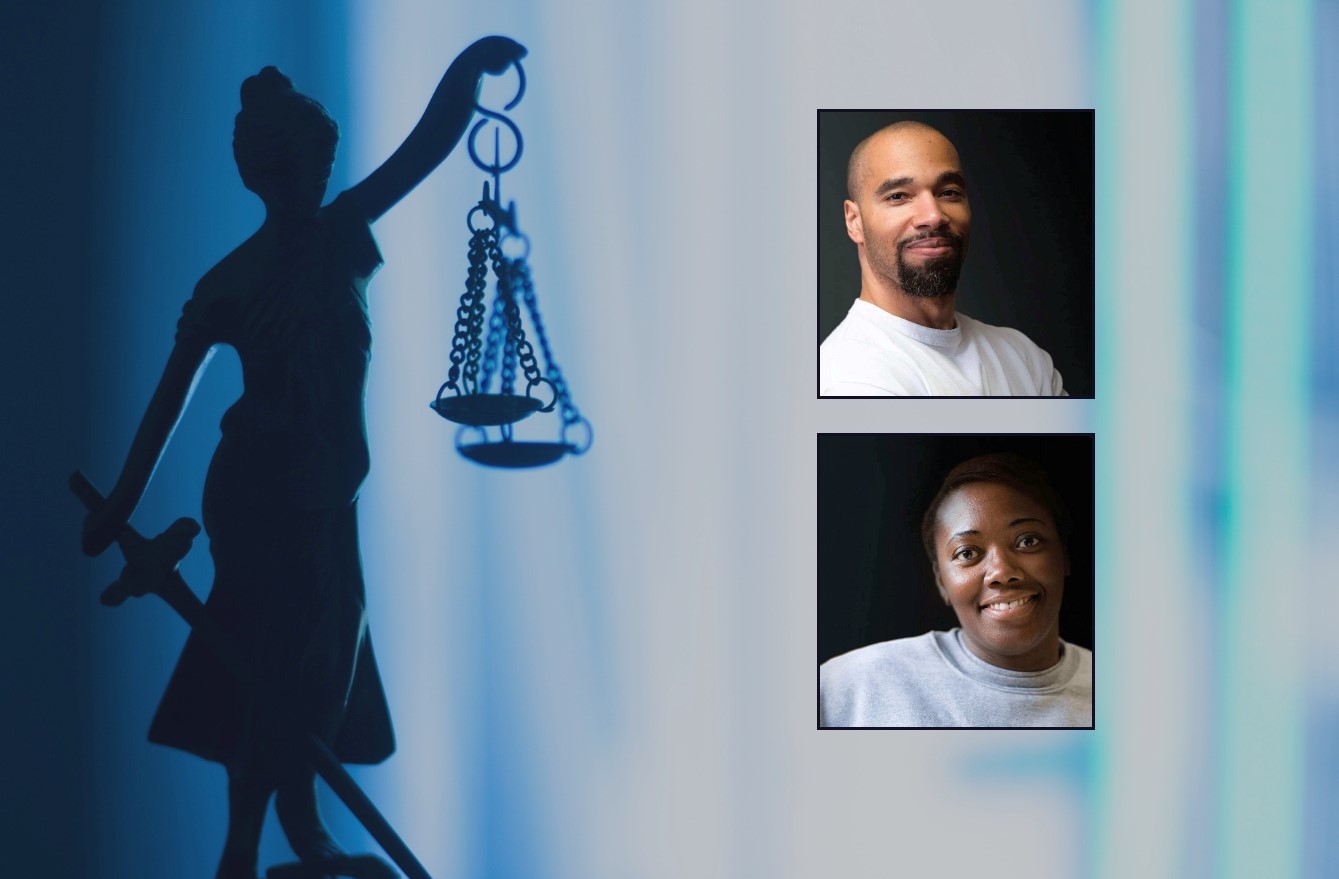 A new innovative initiative could become a national model

It has been over a week since Maureen Onyelobi and Jeffery L. Young began their pursuit of a JD from Mitchell Hamline School of Law. These two are just like the other law students at their school – they’ve taken their LSAT exam, applied to school, and are taking their classes. The only difference is that Onyelobi and Young are both currently in state prisons.

The couple began classes on Monday August 15 while serving their sentence in Shakopee and Stillwater prisons respectively. Their enrollment in law school is made possible by the law school’s relationship with All Square, a nonprofit social enterprise that invests in those impacted by the criminal justice system.

The partnership between the two was born out of an effort to provide civil legal services to people returning from prison, but in the spring of 2021 they decided to expand their work to educating incarcerated people about the law.

The initiative, titled Prison-to-Law Pipeline, is organized by All Square affiliate Legal Revolution, which was co-founded by Elizer Darris, Emily Hunt Turner and John Goeppinger. The pipeline is just one phase of a two-part initiative that will empower incarcerated people by educating them about the law.

Currently, Legal Revolution is supporting five incarcerated Shakopee students who are earning their paralegal degrees at North Hennepin Community College. The second phase is called “the business,” where those who graduate can go on to become legal practitioners and help others through the legal process.

Although the relationship between All Square and Mitchell Hamline has been going on for years and there have been some thoughts about this program in the past, it was not until the disruption of COVID that everyone realized that law students didn’t necessarily have to be in the classroom.

In the spring of 2020, Goeppinger was studying at the University of Minnesota Law School, where he had to shake up his classroom studies and switch to virtual training. “We entered the early days of COVID, and that forced a migration to online learning,” Goeppinger said. “We were Zoom remotely on all of our classes.”

While taking classes via Zoom and corresponding digitally with classmates and professors, Goeppinger realized that incarcerated people didn’t have to wait until their sentences were over to receive legal training.

Mitchell Hamline Law School Dean Anthony Niedwiecki had the same revelation of the pandemic. “During COVID, when all the law schools were online, the idea came up saying, ‘I wonder if we can take what we’re learning here through COVID and apply it to help those who are currently incarcerated? “, recalled Niedwiecki.

To better understand the feasibility of this program for those behind bars, Niedwiecki contacted Commissioner Paul Schnell of the Department of Corrections. He discussed online courses students could take, but the commissioner said there might be a way to include incarcerated students in the classroom.

“Speaking of which, the commissioner thought it would be a better idea if they could actually zoom in on campus classes rather than doing most of their work online,” Niedwiecki said.

Planning for building the first cohort began in the spring of 2021, and over several months, the law school, All Square, and the state Department of Corrections created a system that would help organize an engaging learning experience. for students in prison.

The law school student application process was similar to that of most students. Dean Niedwiecki, after many discussions, had obtained the support of the American Bar Association to be able to administer the LSAT exam to incarcerated people.

Subsequently, the students applied and their applications were reviewed by the law school committee. Much of the recruiting came from All Square, whose relationships with individuals like Onyelobi helped identify candidates who had a passion and interest in the law.

Onyelobi received his letter of acceptance on June 9 and had it hand-delivered by Goeppinger and Niedwiecki.

Kevin Reese understands the importance of investing in someone while they’re in prison. Only three years ago, he was serving his own sentence. After 14 years, Reese regained his freedom and later launched Until We Are All Free, an organization dedicated to supporting incarcerated people through the criminal justice system and their reintegration into society.

“While I was in jail, I was invested in by the community,” Reese said. “I was able to start my career on my own while I was in prison.”

Reese mentions Darris as an example of what a legal education can do for someone. Darris was serving a life sentence in a state prison, but through the guidance and knowledge of older inmates whose years of incarceration led them to learn about the justice system, Darris learned that he was able to fight for his freedom.

He took his case to the state Supreme Court and won his freedom in 2016 after his life sentence was overturned.

“It was through this education and these mentors that he was able to develop his own pro se argument which his lawyer adopted and it was the argument that the Supreme Court agreed to release him from his life sentence” , said Goeppinger.

“We saw the need for what legal education can do for those currently incarcerated, but at the same time we realized that the generations under which Eli may have grown up were either dying out or growing old.”

This lack of “prison lawyers” is an example of individuals’ lack of knowledge as they navigate through the justice system. “Part of incarceration is incarcerated information. You may want to study or learn more about a thing, but in prison we are not aware of that,” Reese said. “We live in the information age. They are still in the dark ages.

For those going through rehabilitation after serving their sentence, there are many legal and financial pitfalls that can risk reincarceration. The law school operates a clinic for those currently incarcerated and those recently released to discuss issues such as expungement, custody issues, and tenancy disputes.

The pipeline will help create more lawyers trained in these topics to help those who are still in the system get through it. “We come from a community where this language was not written for us,” Reese said. “The law seems so inaccessible to people. When we walk into courtrooms or legal situations, we walk straight into the belly of the beast.

Currently, the ABA requires a licensed attorney to oversee any work that any of these incarcerated students might undertake after they graduate. Part of the bar exam assesses the attorney’s background for any blemishes on their record to assess their character.

“The character and fitness part dives deep into your entire life story, so if you have too many DUIs or too much credit card debt, all of that can be a disqualifying factor to allow you to sit at the bar and get your legal license,” Goeppinger said.

As he and his team at Legal Revolution work to change these restrictions to be more inclusive of students like Onyelobi, they are preparing to have a workplace for her once she graduates.

“It’s first and foremost about figuring out how to employ these people and, secondly, dealing with cases and issues that are really specific to these communities.

Although Dean Niedwiecki shared his excitement that Mitchell Hamline was the first law school in the country to do so, he hopes it won’t be the last. After announcing the program, he received an outpouring of support from colleagues in academia and the legal field.

“I think of everything I’ve done in my career, it’s been the one that’s had the most positive response,” he said. “There are so many people in the world who really want to do something different.”

For the next five years, Mitchell Hamline will accept two students a year into their program from state prisons like Shakopee and Stillwater. The JD program for incarcerated individuals lasts four years, as students follow a part-time schedule.

“We have five years of this particular agreement with the ABA, and at this point I think we can look and see if we want to extend it,” Niedwiecki said.

“We are already looking at different states and different law schools and how can we replicate that across the country. It’s not just a Minnesota innovation. It’s truly a national innovation,” Goeppinger said.

To learn more about the Prison-to-Law Pipeline program, visit www.allsquareempls.com/legalrevolution.

Abdi Mohamed is a contributing writer at MN Spokesman-Recorder. He can be contacted at [email protected]

Banks given agricultural lending target of Rs 1.8 trillion for FY 2023