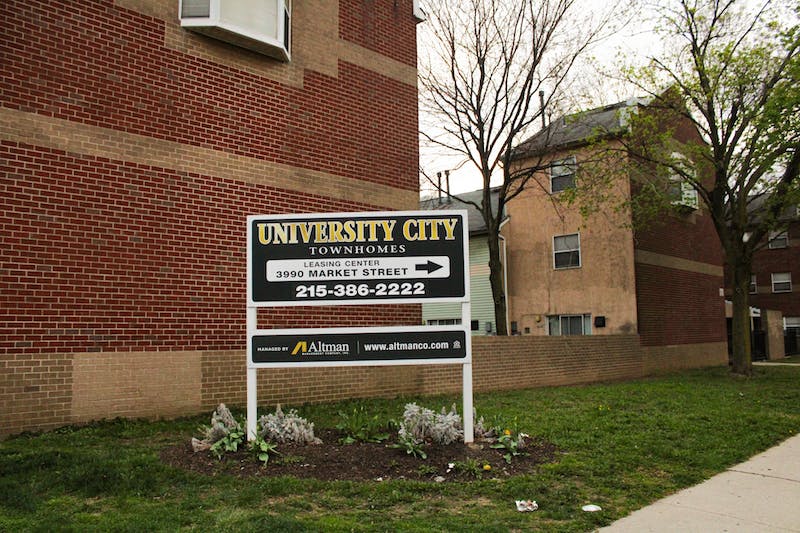 Penn and its neighbors are facing a major gentrification event with reported plans to sell University City Townhomes, a stable and thriving low-income housing complex. The creation of a benevolent corporation (B corp), a specially chartered for-profit corporation with an additional legal obligation to produce public benefits of the types identified, could not only preserve townhouses, but also to improve.

Presumably, when selling the townhouses to a developer, the developer would then evict the residents, raze the complex, and replace it with housing and commercial establishments “at market price”. The situation has been reported and received local and national attention: for example, The DP story, various Philadelphia Inquirer stories which are unfortunately behind paywalls, and the Daily Kos story (with interesting commentary ), which was reprinted from Prism, offered comprehensive coverage on the matter. There was also much local unrest and protest, both in the local community and in Penn.

The question remains: what should and can be done, if anything?

What should be done, in my view, is to preserve and expand low- and middle-income housing in West Philadelphia in a way that sees it flourish for the benefit of its residents and neighbors, including the community of Penn. We all benefit from diversity and inclusion in the neighborhood. Its various cultural advantages alone are extremely valuable.

But how can this be accomplished? The owners of University City Townhomes have every right, indeed an obligation, under their existing legal arrangements, to maximize their profits without regard to the broader social interests that are certainly present. This is what standard for-profit corporations (known as C corporations) do. They are deeply amoral and always will be unless the incentives change.

It is therefore quite obvious that it is necessary to change the legal arrangements in place if we want to counter gentrification. How can this happen? This can happen by changing ownership of townhouses to a charitable corporation with a mission to support thriving housing for low and middle income people (including quality construction with weatherization, excellent insulation and electrification comprehensive in recognition of climate change). This promising idea should be urgently explored both for college townhouses and to counter gentrification in general.

The United States Small Business Administration explains what a for-profit corporation is:

“B bodies are driven by both mission and profit. Shareholders hold the company responsible for producing some sort of public benefit in addition to financial profit. Some states require B-corps to submit annual benefits reports that demonstrate their contribution to the public good.

The Commonwealth of Pennsylvania provides for the establishment and operation of B corporations.

Here’s how creating a B corp might work with respect to the UC townhouse situation:

After a thorough study of the idea and obtaining the necessary management expertise, a B corp would be created with an appropriate mission (housing support for low and moderate income people with quality construction, weatherization, excellent insulation and full electrification in recognition of climate change) and funds would be raised to run the business (e.g. through stock sales; hopefully the Penn community would get involved here; I know that I would).

After its establishment, the B corp would negotiate with the owner of University City Townhomes (or other owners in the neighborhood) and purchase the property. The deal could be sweetened by an agreement that the current owner would be given a contract to continue managing the property, with supervision from the new B corp, of course. This way, the owner gets both the sale price and a continued business opportunity.

This B corp would operate the property in accordance with its core mission, and would do so in a sustainable and permanent manner.

If something like this can be successfully achieved, the effects could well be transformative in a profoundly positive way. The success could be propagated to transform housing markets in gentrifying neighborhoods. We should expect resistance, even sabotage, from some elements of the C corp interests. There would be a lot to do to make it work.

Receive our newsletter, The Daily Pennsylvaniandelivered to your inbox every weekday morning.

Of course, serious due diligence should be performed. The idea should be drawn in pencil and, eventually, a business plan should be drawn up. But what is needed now is leadership with both expertise and means. Penn himself would be a candidate. As laudable as Penn’s current efforts are, promoting a Corporation B for low- and middle-income housing, greened for climate change (and perhaps student or staff housing?), would potentially have a huge effect – including health and safety benefits of improved indoor air quality and elimination of fossil fuel burning – to name but a few of the many notable positives . Let’s hope Penn steps in; however, there are also others who could provide the leadership and expertise needed to implement this solution.

Steven O. Kimbrough is a Professor of Operations, Information and Decisions and a philosophy teacher at Penn. He served as Chair of the Faculty Senate during the 2019-2020 academic year. During his tenure as President, he instituted CIRCE, the Faculty Senate Committee on the Institutional Response to the Climate Emergency. His email is [email protected].