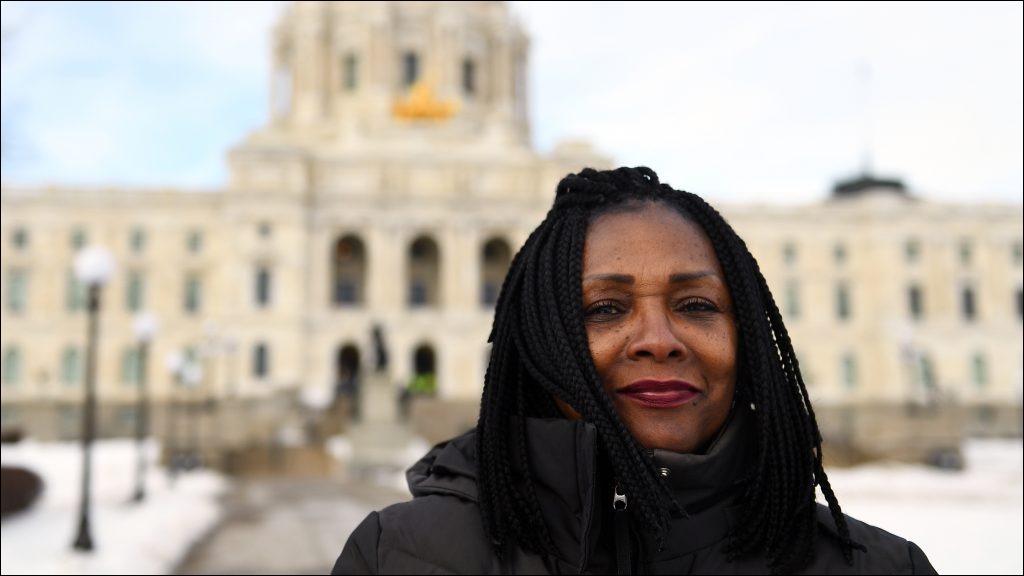 Rep. of State Rena Moran, DFL-St. Paul, said Monday she will run for the Ramsey County Board of Commissioners this fall.

Moran will seek the board seat currently held by longtime commissioner Toni Carter, who announced last week that she intended to retire after her term expired at the end of the year. year. Since 2005, Carter has served as Commissioner of District 4, which includes the St. Paul neighborhoods of Summit-University, St. Anthony Park, Macalester-Groveland, Hamline-Midway, Summit Hill, Crocus Hill, Desnoyer Park, Lexington-Hamline, Merriam Park , Snelling-Hamline and Highland Park.

Now in her sixth term, Moran was first elected to the House in 2010 and last year was named chair of the House Ways and Means committee, serving as the first woman of color to lead the panel which has a broad jurisdiction over the state budget. She previously served as chair of a House health and human services committee and was also the founder and chair of the People of Color and Indigenous Caucus and currently chairs the United Black Legislative Caucus.

“I am grateful to Commissioner Carter for her friendship, leadership and service to our community,” Moran said in a statement Monday. “I am also deeply grateful to the residents of House District 65A for their support over the past 12 years. The past two years have been difficult for all of us. We all face challenges. There are also opportunities. The issues facing our families and communities are real.

House District 65A includes the Rondo, Frogtown, Summit-University, Thomas-Dale, Midway neighborhoods and parts of the North End and Cathedral Hill neighborhoods. The district’s eastern boundary is Rice Street, which adjoins the State Capitol.

Moran said as county commissioner she would focus on public health, access to family economic assistance, public transit and creating economic opportunity. She also mentioned “reinventing public safety and criminal justice” and focusing on “the immediacy of climate change.”

“I know firsthand how important county-administered programs are to families struggling to stay independent,” she said. “Lending a hand, being present in times of crisis is what we must do. Always keeping in mind that creating independence is our ultimate goal. Providing support so people do more than just survive, they thrive.

HIS DEBUT IN POLITICS

Moran lives in the Summit-University neighborhood and is a mother of seven children and eight grandchildren.

Moran was born and raised in Chicago, earned a bachelor’s degree in early childhood education from Southern Illinois University, then returned to her hometown to teach. In 2000, she packed up her family and moved to the Twin Cities, where she and her children landed at a Sharing and Caring Hands homeless shelter in Minneapolis.

After several years in the corporate world, she quit her job in commodities and decided to become a community organizer. She organized a neighborhood club in her neighborhood, joined a local district council and signed up for training as a Wellstone Organizing Fellow.

In 2010, she and a few friends attended their first DFL precinct caucus, and Moran was elected a delegate to the party’s legislative approval convention. Three weeks before the convention, then-Rep. Cy Thao announced he was leaving the Legislative Assembly, and Moran’s friends encouraged her to run for the open seat.

Moran would join several former state lawmakers who have moved to county commissioner seats in recent years, including Ramsey County Commissioner Mary Jo McGuire, who has served in the House and Senate. In Dakota County, the slate includes Joe Atkins, Mary Liz Holberg and Laurie Halverson, who in 2020 beat out former state Rep. Diane Anderson for an open county board seat.

The current base salary for a state representative is $48,250.

Bill Salisbury contributed to this report.

New book explains what every homeowner needs to know