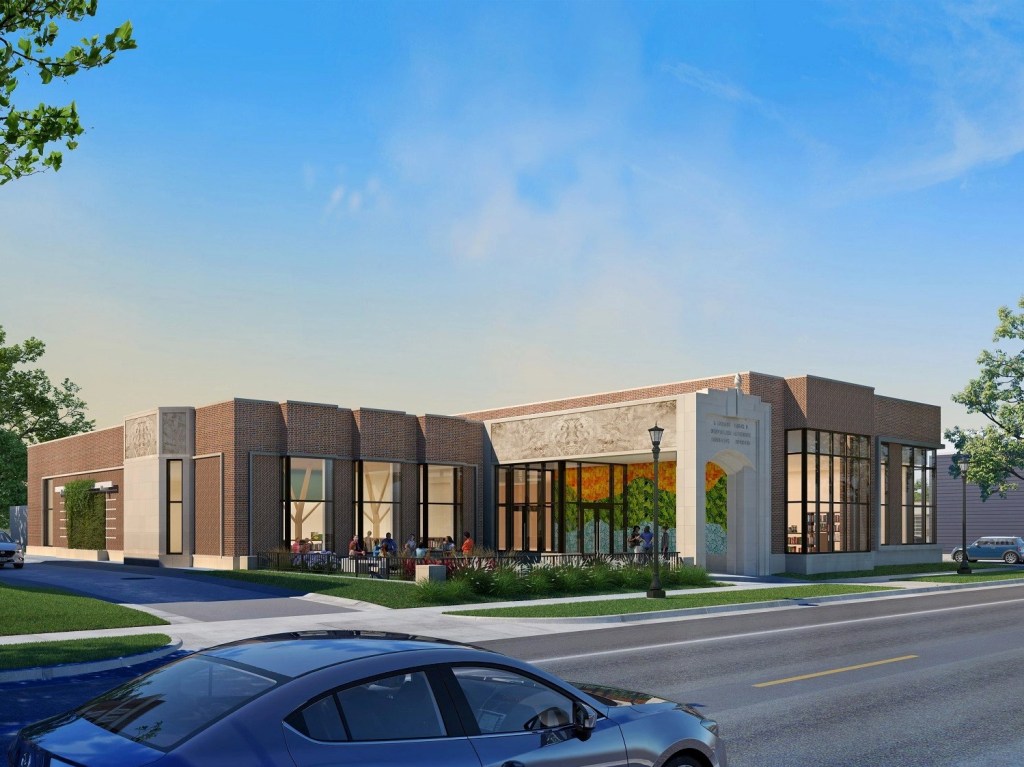 St. Paul’s Library Board is torn over the fate of the Hamline-Midway branch

A St. Paul’s Library board meeting turned unusually contentious and emotional on Wednesday over the fate of the Hamline-Midway branch library, which is set for demolition. and an $8.1 million complete rebuild.

As for a customer-focused public process, “we have been misled,” said council member Jane Prince, chair of the library’s board of trustees, while reading a statement of opposition from three minutes in the record. Prince accused library management of mounting an awareness campaign around a long, predetermined decision not to preserve the existing building on Minnehaha Avenue.

The comments drew an instant rebuke from council members Mitra Jalali and Chris Tolbert, as well as library director Catherine Penkert, who defended the lengthy process of public engagement behind the decision not to remodel the structure for years 1930, which lacks modern disabled access and meeting space. .

“I don’t think the statement that was made is fair or professional,” Jalali said, speaking to Prince.

On Wednesday, as St. Paul’s Library Board, City Council members quietly attended staff presentations on an upcoming $65,000 redesign of the George Latimer Central Library’s Nicholson Commons space. downtown, as well as a $4.4 million renovation of the Hayden Heights branch and a $5.5 million addition to the Riverview branch. The latter two projects have yet to be funded or scheduled, but LSE Architects have unveiled concept designs.

They also heard presentations from staff on ongoing efforts to address public safety issues in libraries, in addition to the growing needs for human services frontline staff are struggling to navigate on their own. same.

Library officials said that in the past four months alone, four women have arrived at the Rondo branch on Dale Street asking for protection from domestic violence, the type of request that may have surfaced multiple times in the over an entire decade.

“I hope our employees feel comfortable raising difficult issues,” Prince said, noting that the city recently hired a social worker for the Rondo site, but the city is otherwise not. not a funded social service provider.

CHARGES AROUND REBUILDING VS. PRESERVATION

Then came a presentation from LSE Architects on the proverbial elephant in the room – a proposal to rebuild rather than just remodel the Hamline-Midway branch.

Minneapolis company officials said the goal is to increase the building’s footprint by 30%, increase usable space by up to 50%, and bring restrooms, meeting rooms to flexible use and entrances on a linear ground level, improving sight lines. and accessibility.

“Looking at the rendering, I thought I might feel some anxiety or disappointment,” Jalali told the board. “But it’s really beautiful.”

Prince, who chairs the library’s board, then tried to close the meeting with a three-minute statement saying the library system had deviated from a written promise that “we will implement what you decide”.

She noted that in a citywide survey by the city’s capital improvement budget committee, most respondents called for renovation rather than reconstruction.

“Library management completely dismissed the results of the survey, choosing instead to seek only funds for demolition and reconstruction,” Prince said. “What does this say about how we as a city claim to value public engagement?”

Jane Prince, board member and chair of the library’s board of trustees, says she is “disappointed” with plans to demolish/rebuild Hamline-Midway. If racial equity was the goal, they would rebuild Hayden Heights instead. Management said the public would choose the design. “We have been misled.” pic.twitter.com/1LIflRlkaD

BUILDING FOR THE FUTURE

Fighting back tears, Penkert denied the charges and said she was “extremely disappointed to hear the library board chair close in this way.”

She then recited aloud a comment she had received from a patron: “’My niece uses a wheelchair. I’m ashamed to bring it to our neighborhood library. We go to the Highland Library instead. … We are building a library for her.

At the downtown library, Nicholson Commons, which has its own endowment from the Nicholson family, is planning approximately $65,000 upgrades to make it a more user-friendly space, including new small, medium and large rooms. meeting.

Prince and other council members expressed interest in the fate of the site’s St. Paul collection, which includes century-old city maps and directories, archival documents from the Pioneer Press newspaper, and other historical traditions. Marika Staloch, head of special projects for the library, said no final decision has been made on how to preserve the collection.

“It can move,” she acknowledged.

The Downtown Central Library’s third-floor Innovation Lab — a creative and creative space for artists, small business owners, and hobbyists — has also undergone upgrades. Public art is currently being installed ahead of a celebration on the evening of June 15.