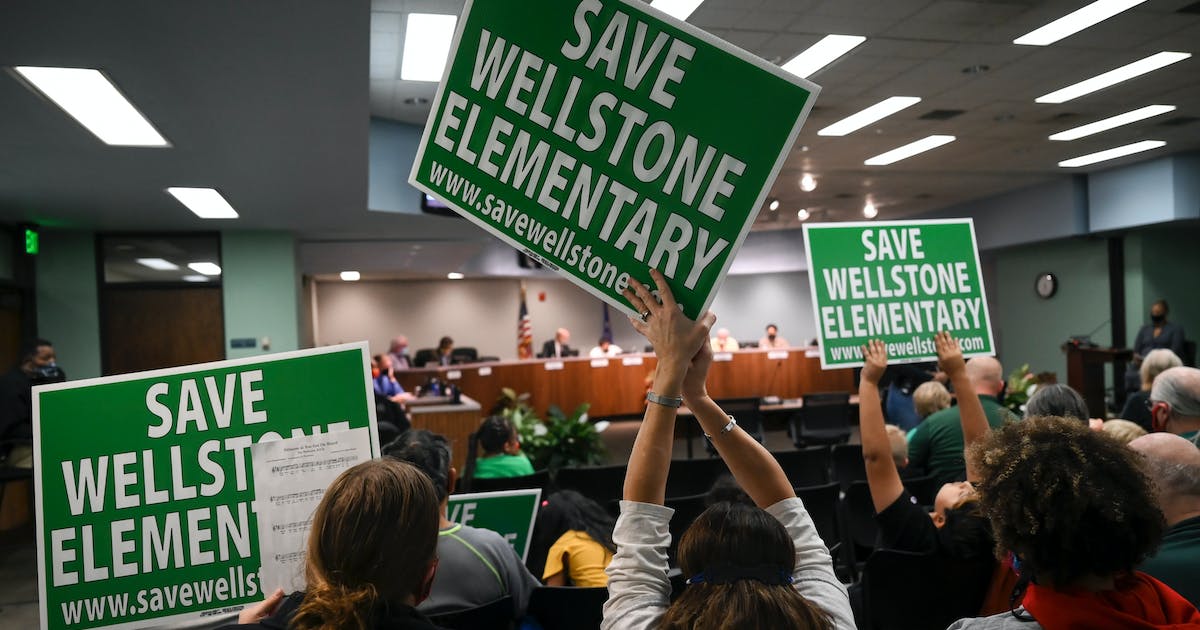 After weeks of busy public hearings, the St. Paul School Board on Wednesday approved a package of leaner but still controversial school closings and mergers for next year.

Gone are the more controversial aspects of the Envision SPPS consolidation plan – proposed closures of LEAP High School and elementary schools in Wellstone and Highwood Hills – and with it the system-wide reset Superintendent Joe Gothard and his team had called for. .

But the measures will still affect around 2,165 students, and Wednesday’s possible 5-2 vote weighed heavily on board members. Knowing that there would be pain and heartache for many in the community, board member Chauntyll Allen said the district needs to make changes to improve student outcomes.

“I don’t agree to stand still,” she said.

Jessica Kopp, Board Member, added: “We all know we have work to do. This is our chance to build a solid foundation to do these things.”

Action on the Envision SPPS consolidation plan came nearly two months after authorities first proposed the closure and vacancy of five schools and the merger of several more in response to declining student numbers. and the desire to provide all primary school students with a comprehensive education including art, science and other subjects taught by specialist teachers.

In addition to the 2022-2023 changes, the district plans to close Obama Elementary School in 2023-24 and reopen in 2024 or 2025 as a new home for JJ Hill Montessori students while expanding it to include college students.

In a public hearing on Tuesday, several speakers suggested the board should not be happy with its crowd-pleasing measures to remove LEAP, Wellstone and Highwood Hills from the Envision plan. The whole thing should be abandoned, they said.

Jim Hilbert, who is the NAACP’s St. Paul Chapter Education Committee chair, said the group believed the district should use federal pandemic funds as a “bridge” to a larger overhaul process. transparent and inclusive.

“The process should not be rushed and all relevant stakeholders should be involved from the start and throughout the process,” he said.

Board member John Brodrick, who along with his colleague Zuki Ellis voted against closures and mergers, said the district should have listened to the NAACP and reopened the process.

â€œWe can never expect to stop declining enrollment until we restore confidence,â€ he said. [This] proposal will only put a band-aid on this almost fatal wound of confidence that plagues us. “

At this week’s hearing, Vichheka Khiev-Clarke, a parent of two at Galtier Community School, said the district should not close schools and relocate children, but view schools as diamonds. that it can polish by providing additional resources.

â€œMake it shine like the stars that we are,â€ she said.

Sai Thao, a relative from the East Side, said her eldest child went to Parkway after attending Nokomis Montessori Magnet School and that she intends to have her fourth-grader also go to Parkway. The district needs a Montessori college, Thao said.

â€œInvest in it. Grow it, â€she said. “We want you to make this the great school it can be.”

The board’s decision to spare Wellstone thwarted a related decision: students in Wellstone’s bilingual Spanish immersion program were to move to Riverview.

On Monday, board member Jim Vue said he wanted the district to work with school communities to create the strongest bilingual Spanish curriculum possible.

Jackie Turner, district chief of operations, warned that any uncertainty over the fate of schools could be a reject for parents with a kindergarten child wondering if the program will still exist in two or three years.

But the board also has a newly energized Wellstone community to join in on the conversation, said Stephanie Anderson, a parent who campaigned to save Wellstone.

“You can count on us to continue the fight … and to work alongside you,” she said.