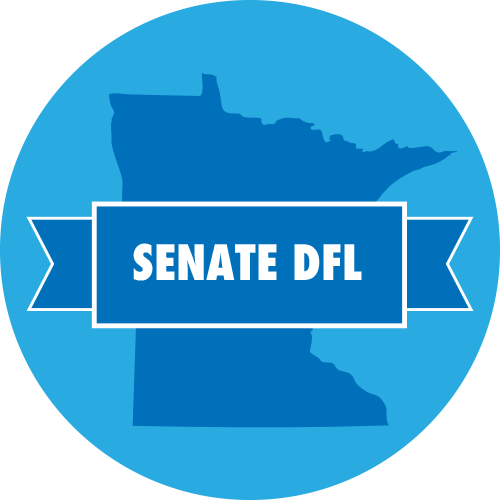 After almost a decade in the Senate, Senate DFL Leader Melisa López Franzen shared the following today letter to his constituents about his future projects:

When I became a candidate for the Minnesota Senate in 2012, I was driven by the idea that public policy is a powerful tool for building strong and thriving communities, and that dedicated people working together can accomplish anything.

Almost a decade later, these ideas still guide my work and my commitment to public service. I am proud of the work I have done with my fellow Democrats in the Legislative Assembly, as well as many of my fellow Republicans who have worked with me to resolve our state’s issues in the spirit and tradition Minnesota’s bipartisanship. .

After careful consideration of the changes brought about by the redistricting, I have decided that I will not seek re-election to the Minnesota Senate. I intend to continue to exercise my leadership role within my caucus until the end of my mandate. As I step down from elected office for the next chapter of my career, I can assure you that I will continue to dedicate my work to the prosperity of our state and to the issues that matter most to the people of Minnesota.

Words cannot describe the overwhelming sense of gratitude I have for my constituents across the district. It has been my honor and privilege to have your voice heard on the floor of the Minnesota Senate. I am also grateful to my husband, Nathan, my boys Philip and Arthur, for being my most patient constituents as they shared me with the neighborhood we cherish and call home.

With my best regards,

Review of the achievements of the leader of the Senate DFL, Melisa López Franzen

Senate DFL Leader Melisa López Franzen has spent a decade being a strong voice for families, communities and businesses in Senate District 49. And — as her caucus leader — she pushed to improve the lives of people in Minnesota communities. For three terms in the Senate, she worked successfully with lawmakers from both parties to create a record of achievement.

In 2021, she was elected to lead the DFL Caucus by her fellow Senators, a position she will hold until the end of her current term in January 2023. She is also the Caucus Leader on the Rules Committee and Administration and sits on the Finance Committee, in addition to being a member of the Medical Cannabis Therapeutic Research Working Group.

Although she represents a suburban district, Senator López Franzen has intentionally reached out to rural Minnesota communities to learn more about the issues affecting them. She regularly attends FarmFest near Redwood Falls each summer and has been an active member of the Farmers Union, Minnesota Corn Growers, and Minnesota United Snowmobilers Association. As a small business owner, she is a member of the Minneapolis Regional Chamber of Commerce.

During Senator López Franzen’s tenure in the Senate, she enacted legislation to reduce taxes for families with young children and businesses across the state. In health care, she led successful efforts to lower prescription drug prices for Minnesotans; and on education, she worked to ensure students get the STEM training they need to fill the in-demand jobs of the 21st Century. It has also worked to adopt measures that protect students who take out loans to finance their studies and to enable parents with disabilities to better care for their children.

After carbon monoxide poisoning tragically claimed the life of 7-year-old Sophia Baechler, one of his constituents, in 2015 while on a boat ride on Lake Minnetonka, Senator López Franzen wrote the nation’s first law, known as Sophia’s Law, requiring carbon monoxide detectors. on the boats. She was the lead author of legislation to legalize cannabis for adult use in Minnesota and was the only senator to be heard on the subject in the Republican-led Senate.

Below is information about his successful legislative efforts in the Senate.

Senator López Franzen’s district includes the communities of Bloomington, Eden Prairie, Minnetonka and Edina. She lives in Edina with her husband Nathan and her sons Philip (6) and Arthur (5).

She is co-founder and president of NewPublica, a public relations and strategic communications firm. She began her career as an attorney with Target Corporation for eight years, where she held multiple roles, titles and responsibilities within Target’s Government Affairs and Community Relations division.

Senator López Franzen holds a master’s degree in public policy with a concentration in economic and community development from the Humphrey Institute at the University of Minnesota and a Juris Doctorate from Hamline University School of Law.