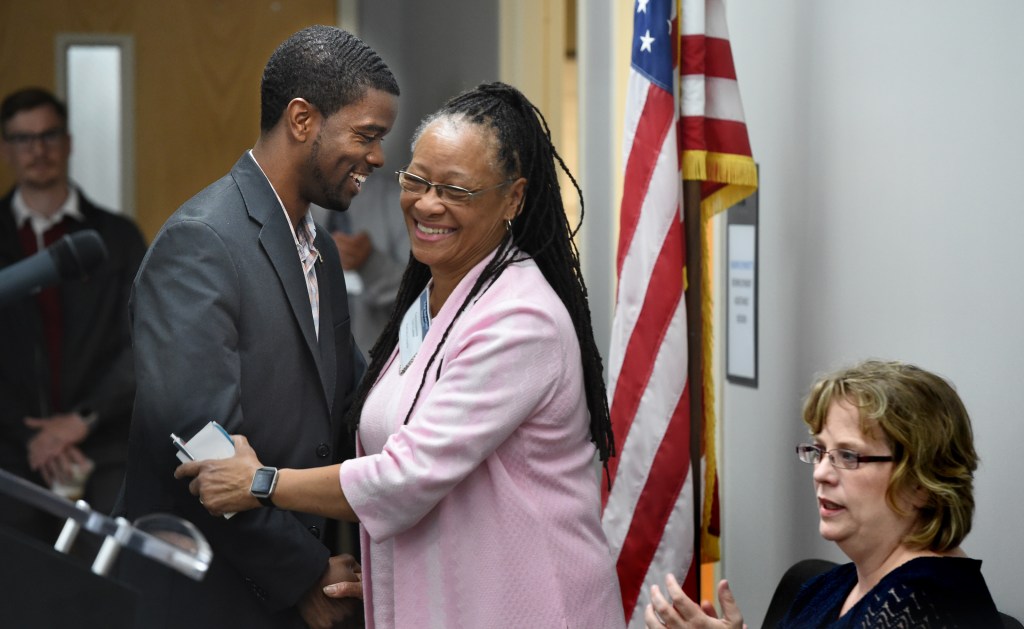 Longtime Ramsey County Commissioner Toni Carter said Wednesday she will not be running again in the fall.

Carter, whose District 4 encompasses several St. Paul neighborhoods, was first elected to the Board of Commissioners in 2005 and served as its chairman for the past two years. The first African-American to win a seat on the Minnesota County Board of Directors, she is also the mother of St. Paul Mayor Melvin Carter III and husband of the former St. Paul Police Sergeant. Melvin Carter Jr.

“After much deliberation, I have decided to make this my last year as county commissioner,” Carter said. in a Facebook post.

“I am especially grateful to have served as chair of the board during a tumultuous time that made county systems and services more relevant and necessary than ever,” she wrote. “While punctuated by the ongoing pandemic, global racial awareness and intense social unrest, the past two years have also proven to accelerate our work in building a community-engaged framework for inclusive economic growth. and fair.”

During his time on the board, Carter helped shape the Green Line light rail project, which runs through his neighborhood along University Avenue, seeing it as an opportunity to further revitalize the corridor.

As a member of the Metropolitan Council’s Central Corridor Management Committee, she was one of a handful of officials who successfully advocated for the addition of light rail stops at Western Avenue, Victoria Street and Hamline Avenue, which were excluded from the original plan.

Carter also serves on the Minnesota Human Services Performance Council, which is charged with monitoring and improving state service delivery to counties, and on the Ramsey County Alternatives to Juvenile Detention Initiative Stakeholder Committee. .

In his Facebook post, Carter reflected on his tenure on the board: “The amount of work we’ve done together is humbling: we’ve reduced admissions to youth detention centers and trips out of the correctional home by 85% and 74% respectively, creating unprecedented housing. supports for our lowest income residents, building Rondo Plaza, rebuilding the Dale Street Bridge and ensuring that our Green Line LRT stops for all of us stand out as indicators of our focus on the county-wide equity and inclusion, and our work to apply a data-driven, community-engaged equity lens across county systems. »

Carter, who grew up in Cleveland, moved to Minnesota in 1971 to attend Carleton College in Northfield. She left a career as a systems engineer after 15 years at IBM in Minneapolis for a second act in public service in the early 1990s.

Before winning her seat on the county council, she worked as a teacher at Crosswinds Middle School and was elected in 2001 to the St. Paul School Board, where she also served as president.