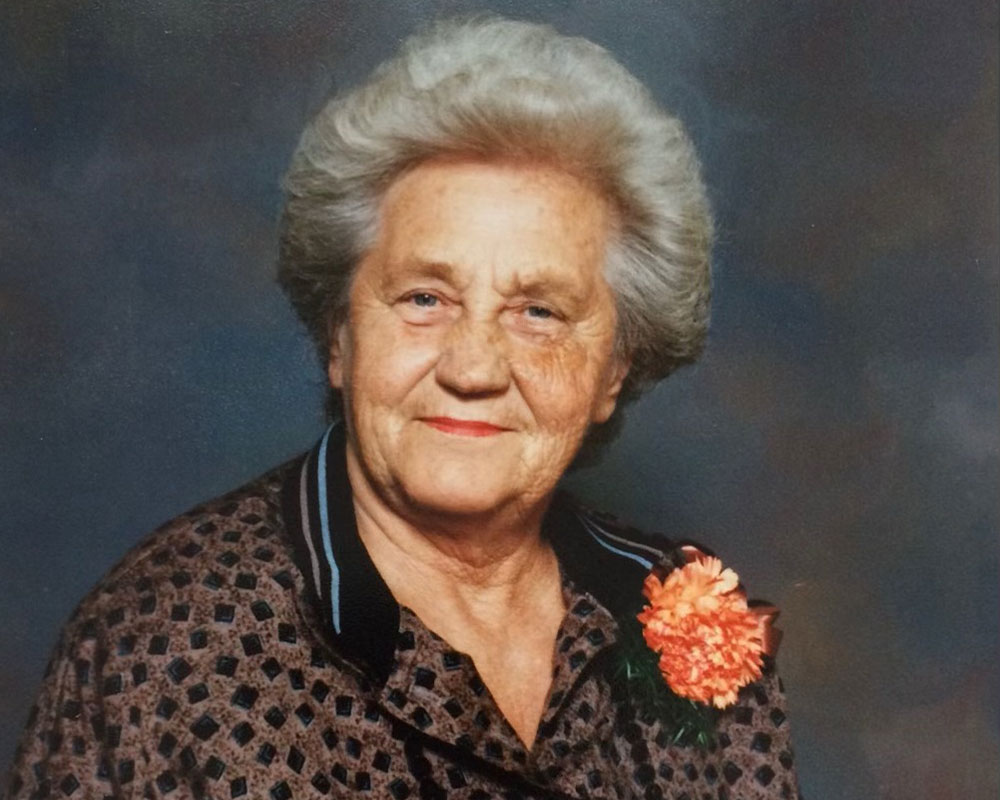 City Councilor John A. Michitson called his aunt Terry his “inspiration for public service” and read the tribute prepared by Baumann’s daughter Sandy O’Dea. Baumann became a Purple Heart recipient herself when, as serving as a nurse in the US Army, she was wounded in Germany when a V-1 flying bomb struck. She was hit in the eye and face and was awarded the Purple Heart, as Michitson detailed to the crowd gathered downtown at Grand Army of the Republic Park.

“She was on duty when a buzz bomb hit an abandoned home that her team was using as a makeshift hospital. When the bomb went off, it shattered glass and debris, ”he said.

Baumann was born and raised in Haverhill and received her nursing training at Fitchburg’s Burbank Hospital in 1942. She worked as a private nurse until March of 1943 when she enlisted in the US Army Nurse Corps. Baumann was sent overseas in January 1944, ultimately serving in England, France, Germany, Holland and Belgium. While serving at the 16th General Hospital in Belgium (photo below), in May 1944, she was promoted to first lieutenant. 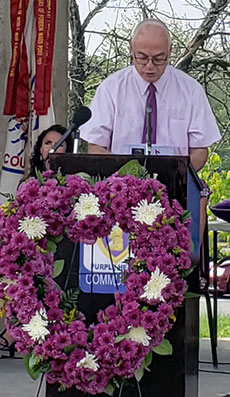 “Theresa served her country during World War II for three years — 23 months of which were overseas. She returned to Haverhill in November 194. She remained on leave until her release from duty become effective in 1946, ”Michitson said.

While in the Army, she met her future husband Harold G. Baumann in England, a captain in the US Army Corps of Engineers who was from Iowa. They settled in Haverhill after the war.

Baumann suffered another tragic milestone in 1959 when her husband suffered a heart attack and died while she was pregnant with their fourth child. Despite the loss, she raised her children and carried on her public service.

“Her career at the Hale Hospital spanned many years. She was a registered nurse who became the assistant director of nurses and then became acting director of nurses. Over the years, Theresa brought her nursing expertise as well as her life experiences from World War II home with her and to work with her each and every day, ”Michitson said.

She ran unsuccessfully in 1965 for City Council — the last term under the city’s former charter. She succeeded, however, two years later, becoming one of Haverhill’s first city councilors under the current charter. She went on to become the second woman in city’s history to serve on City Council and became the body’s first female vice president. In 1975, Baumann became the first woman to seek election as mayor, but was unsuccessful. In all, she spent 10 years on the City Council.

Baumann became the Daughters of Penelope’s first woman of the year in 1989. She died 12 weeks after being diagnosed with lung cancer. Michitson said “It was one battle she simply could not win.” 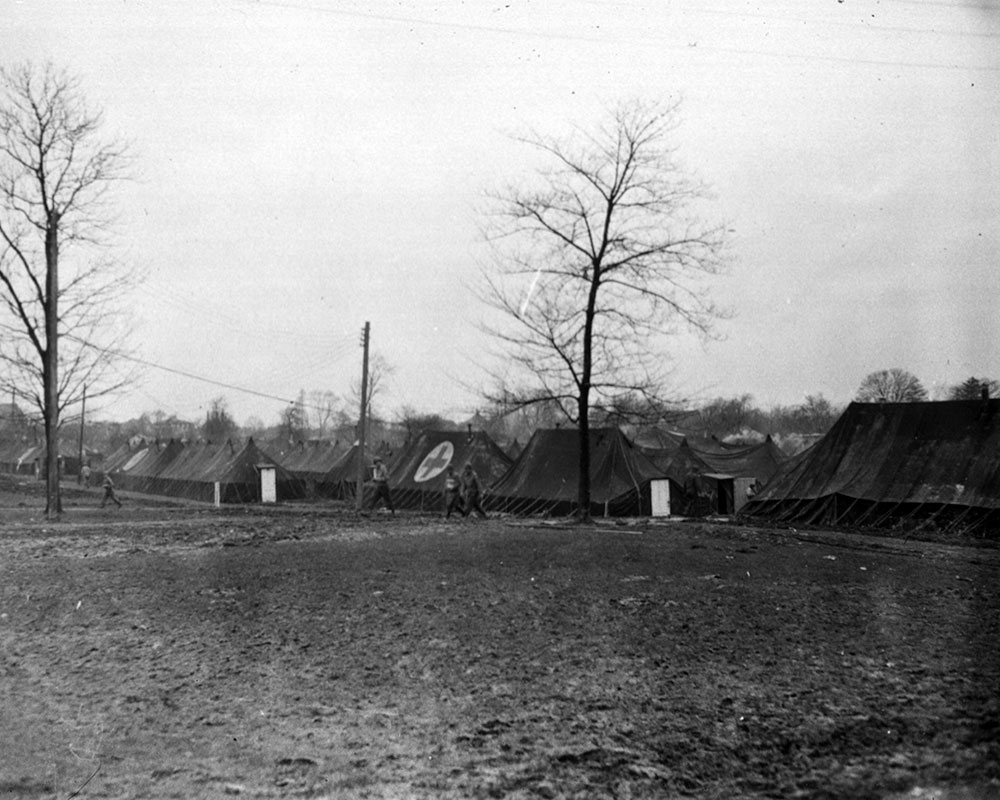