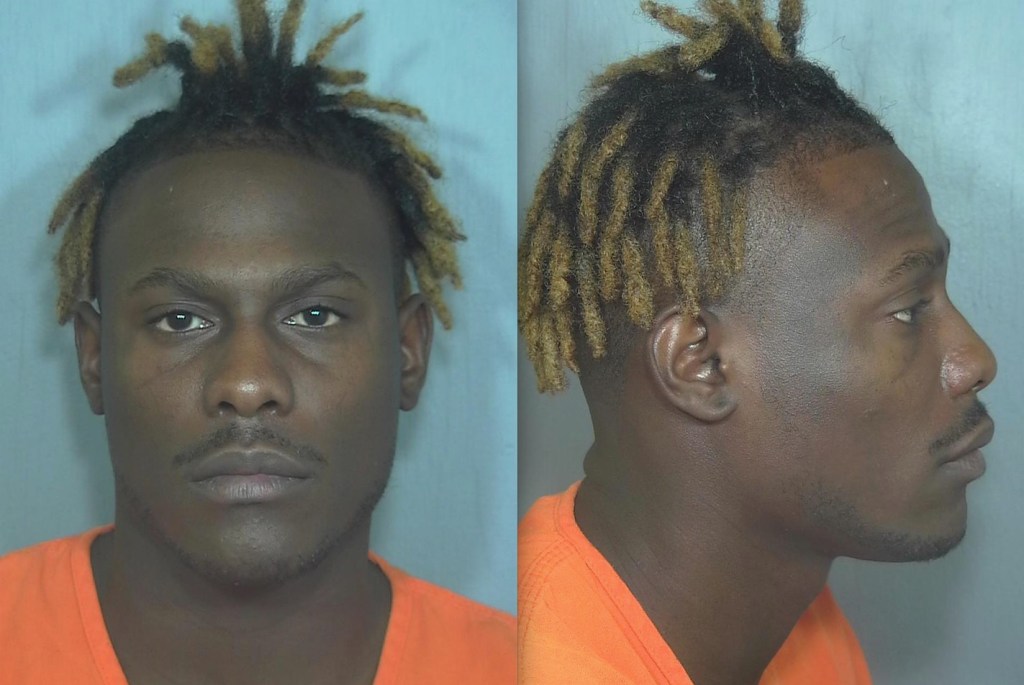 The preliminary hearing for the man charged with first-degree murder for killing his girlfriend’s 18-month-old child in July will continue next week with a fourth witness on the stand.

In August, the Weld District Attorney’s Office filed formal charges against Carter for first-degree murder and revoked his $1 million bond. Greeley Police had arrested Carter the previous month on suspicion of child abuse that led to the death of his girlfriend’s daughter.

This case dates back to July 2, when the Weld County Department of Social Services requested police involvement in a possible child abuse case. Detectives arrived at Aurora Children’s Hospital, where an 18-month-old suffered a severe brain hemorrhage after being airlifted to hospital from Northern Colorado Medical Center in Greeley.

Rescue measures at both hospitals failed and the child was pronounced dead at 2:27 p.m.

Further investigation revealed that her injuries occurred in the 2400 block of Ash Avenue while in the sole custody of Carter, her mother’s boyfriend. He was not the child’s father.

Carter told investigators he took the baby to the hospital and asked for help from staff to get him to the emergency room. Other family members, including his mother, were contacted after the incident.

While executing a search warrant at Carter’s girlfriend’s home, police found vomit on the living room floor near a couch, according to Kubela, who helped execute the search. The police found bug spray on the sofa.

Carter and his girlfriend said they used the spray later that day due to ants surrounding the vomit.

From interviews with Carter and his girlfriend and CCTV, detectives created a timeline of the morning of the child’s death, according to Kinne.

The day before the incident, the child’s daycare center called his mother to inform her that the child had a fever and had to stay home the next day. She asked Carter, her boyfriend and father of the baby she was pregnant with, to watch her daughter while she went to class.

The mother left for class around 8:15 a.m., later reporting that her child seemed fine and normal compared to the day before. At 8:40 am Carter called his girlfriend and told her to go to the hospital.

Kinne’s testimony included details of Carter’s explanation to law enforcement. Carter said the two sat together on the couch after the mother left, and he left the child to sit alone on the couch to use the bathroom.

Upon his return, Carter found the child lying face down in his own vomit, he told investigators. He tried to clean the vomit off her and shook the baby several times to clear his airways.

He then called his girlfriend to tell her to go to the hospital. He got dressed and took the child to the hospital, even holding her in his arms as he drove, he told law enforcement.

Carter said the child sneezed during the ride and blood came out of his nose, according to law enforcement.

Throughout her account of what happened, Carter seemed unsure what exactly happened to the baby, police said. He said she may have fallen off the couch, banged her head on the door as he carried her out of the house, or suffered head trauma while shaking her.

Multiple reports from staff members consistently stated that the child’s mother was sobbing, nearly passed out, could barely breathe and appeared distraught and visibly emotional, while Carter appeared calm, energetic, stoic and emotionless. One account defined him as not showing empathy or comforting his girlfriend.

Staff also found his explanation for the child’s injuries odd, especially since he never called 911, Schmidt said. Staff noticed that Carter seemed more focused on clearing vomit from his shorts and shirtless back than on the child’s condition.

The defense said Carter’s descriptions varied and sometimes contradicted each other, including a report that Carter was calm in conflict with a report that he was energetic.

At least three staff said they found Carter’s action of shaking an unresponsive and injured child strange because of his claims to be a trained paramedic, Schmidt said. Two said they expect the case to be non-accidental trauma despite Carter’s story of what happened.

Bishop further pressed Schmidt to confirm staff accounts that Carter had yelled, “Save my baby!” several times and showed some sort of support for his girlfriend in the hospital.

When investigators arrived to question the family, the defense argued that detectives had never seen the girlfriend act hostile or lash out at Carter after her child’s death. Schmidt even wrote in his report that Carter provided his partner with tissues and rubbed her back.

However, she also indicated that she found her actions of removing the tissues, flattening them on her leg and then handing them to her girlfriend to be odd.

The night before the child died, Carter and his girlfriend reported having an argument. She said he came home after midnight being obnoxious, loud and trying to get her to have sex with him.

This is not the first time arguments between the couple have been reported, detectives learned during their investigation. Text messages recovered by Schmidt appeared to show that Carter had a history of domestic violence against his girlfriend.

Messages Carter had sent to the child’s mother include:

Text message from the child’s mother to Carter:

Text conversations between the two:

Child’s mother: “At this point, being with you, I don’t expect to live very long.”

Carter: “The truth or I’ll hurt you.”

The child’s mother reported to authorities that Carter became violent with her throughout their relationship, even sleeping in her car because of the domestic abuse, according to Schmidt.

After his arrest, Carter said in a phone call to his sister that the child’s mother had to die, prosecutors said. He said on the call: ‘If there’s no offer in the case, then (the mother) is going to end up in a body bag.’

In addition to accusations that Carter choked, choked and hit his partner in the past, she indicated he suspected he might have harmed his children.

Carter has a background in professional MMA combat and specifically came to Greeley to train, according to detectives. His text messages implied he had violent tendencies, and prosecutors said his activity showed his confession and guilt.

For example, Carter’s search history revealed that he spent July 2-7 looking for brain aneurysms, swellings and bleeding, according to Schmidt.

Before the child’s autopsy was released, Carter called the funeral home to ask about the blunt force trauma. He specifically asked if the autopsy would reveal if this type of trauma had occurred, Kinne said.

Additionally, Carter’s ex-wife told investigators that he claimed to dislike the baby because she was a “weeper like her mother.”

In phone calls to the child’s mother after his arrest, he reportedly said he would have to prove he had done something to the child within 23 minutes. He further showed a confession stating, “Anyway, it was an accident,” Schmidt said.

The defense spent the majority of Schmidt’s cross-examination bringing another suspect to the table: the child’s mother.

The night before the baby died, her mother found bruises on her cheek and leg. Both Carter and the mother said the bruises were from the child turning her head and hitting her against a wall when the mother called her name. Carter confirmed he was in the room during this event, while detectives interviewed him on the day the baby died.

Records showed before July 2 that the child had “illness episodes” according to Kinne. He confirmed that the child often tore his hair out and one of his fingernails fell off. The child also began experiencing night terrors in the months before his death, according to Schmidt.

A daycare worker reported that her fingernails were rotting, and workers confronted her mother about the bruises on her body. At one point, Bishop pointed out that the Department of Social Services checked on the child at daycare before he died.

The mother often yelled at her children and had multiple men all the time, according to accounts from neighbors and daycare workers in Schmidt’s initial investigation.

Daycare workers reported that the child had changed behavior in the weeks leading up to her death, including aggression with other children, which was considered unusual for the little girl.

Additionally, a neighbor posted a social media post about the child’s mother Schmidt found online, indicating that she would be leaving her 18-month-old child alone on the apartment complex’s playground.

Schmidt will remain on the stand for continued cross-examination before the fourth and final witness testifies at the preliminary hearing scheduled for 1:30 p.m. on February 15.