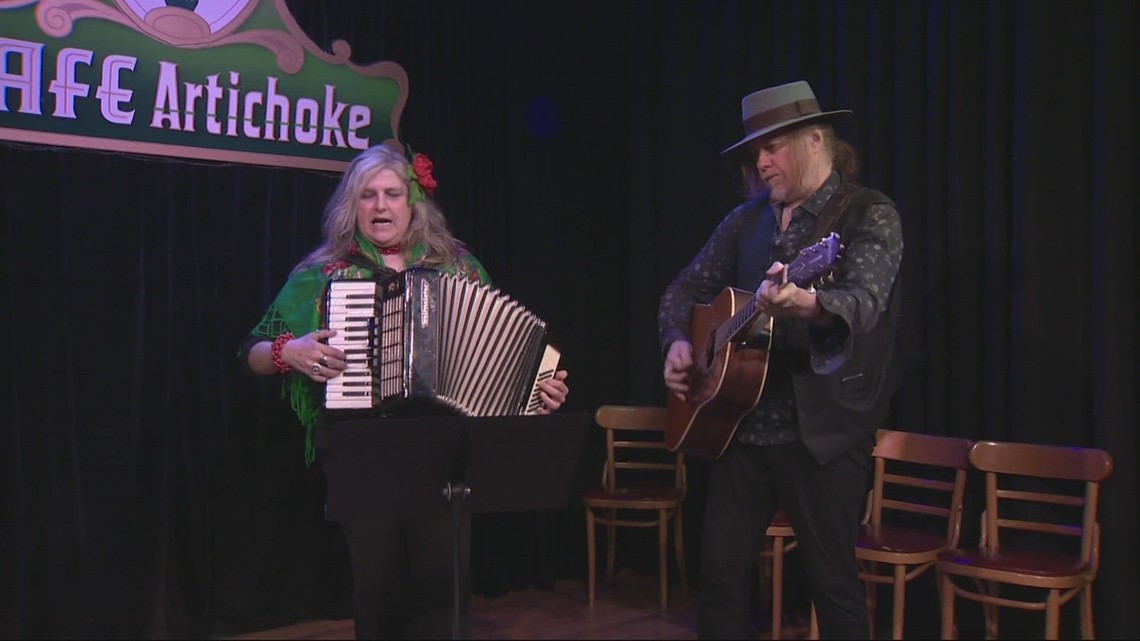 Portland-based organization “She’s Speaking” is raising money for Mercy Corps’ humanitarian efforts in Ukraine with a benefit concert on April 10.

“I never stop thinking about it, and I’m not from Ukraine,” said Kristen Grainger, co-founder of She’s Speaking, a nonprofit that celebrates female musicians. “I don’t have a family in Ukraine, but I have a family. I’m a person. I don’t want to see people suffer.

It will be a moving performance, especially for local musician and first-generation Ukrainian American Darka Dusty Stebivka.

“Suddenly people want to hear these Ukrainian songs that I grew up singing and it’s an honor for me to share all the beautiful culture and music with all my friends and anyone who wants to hear it,” said Stebivka.

Being Ukrainian is a source of pride for Stebivka. She grew up speaking the language and celebrating the culture. She recorded several Ukrainian albums and performed in the country. She also has family who still live abroad.

Stebivka says her parents fled Ukraine during World War II and she feels like she is reliving history.

“We are now the next generation and unfortunately we have seen what the Russians want to do again, which is to erase the Ukrainians. But of course we won’t let that happen,” Stebivka said.

Stebivka is one of five women who will perform at the April 10 benefit concert.

She’s Speaking was created to promote female voices in the arts. Grainger co-founded the band with Bre Gregg.

“She’s Speaking creates spaces for women’s voices and art to be heard by all,” Gregg said. “Now we’re about to do this one in Artichoke which is to raise money around the terrible atrocities happening in Ukraine.”

“I had been following the news about the war in Ukraine and the day they targeted a labor and delivery hospital with women, children and families trying to get healthcare, that’s the day where I said ‘enough, we have to do something,'” Grainger said.

Money raised through a donation of uniquely crafted instruments also helps their efforts.

The concert is entirely organized by volunteers. Artichoke Music donates space and staff, while artists donate their talents and time.

For artists like Stebivka, this upcoming performance is deeply personal.

“It is written in our Ukrainian national anthem that we will put our bodies and souls on the line for freedom and freedom,” she said.

She uses her voice in the fight for freedom; honoring its people and culture as the war in Ukraine rages on.

“We have been in this fight for a thousand years and no one can erase us. We will no longer be erased,” Stebivka said.

She’s Speaking Presents: Voices Raised for Ukraine begins at 7 p.m. on Sunday, April 10. Tickets are $20 per person. Visit the page here for a link to tickets and more information.

The benefit concert will also be streamed online. The organizers are asking for a donation of $20.