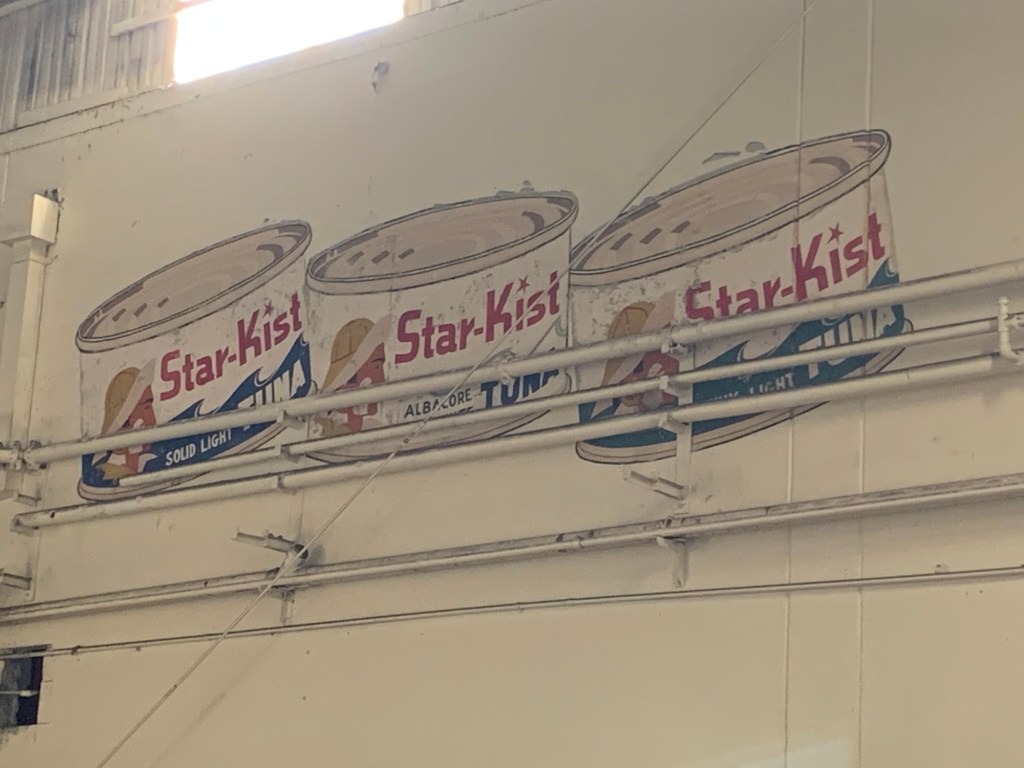 Plans to demolish the long-empty Star-Kist Cannery building on Terminal Island in San Pedro raise objections from those who say a new use should be found for the 1952 structure that was a component central to the heyday of the port city’s commercial fishing as well as its rich seaside heritage.

Noting that the building has become an “attractive nuisance,” the Port of Los Angeles wants to demolish the old factory to create “a more marketable piece of land for future development,” while removing security risks.

Although there have been requests for proposals sent out, no future uses have yet been identified by the port that owns the property.

â€œThe demolition of this property would remove a dilapidated building near the Palos Verdes fault zone,â€ the port’s negative statement reads. â€œThe buildings are difficult to secure and have been the subject of multiple incidents of vandalism and break-ins. “

The project would include the demolition of the main building (Plant # 4) and the northern and southern parts of the East Plant and a waterfront wharf. The 16.5 acre parcel sits on Terminal Island in the middle of a heavily industrialized area.

But for many San Pedrans with immigrant roots in the city and the fishing industry, this is a point they would discuss.

â€œThere’s a lot of history there,â€ said Anthony Pirozzi, port commissioner of the LA port, who visited the site on Dec. 18. “It’s deep.”

His grandfather was working at Star-Kist when he came to San Pedro from Italy.

Public comments, which had been extended by the port due to interest, are now closed and the board is expected to address the matter at a meeting in January.

The building, Pirozzi suggested, could be used as a site celebrating the work or history of Japanese immigrants. It can also be used in a job creation project.

â€œI’m starting to wonder what can you do with the location that captures this history and celebrates the working harbor that surrounds it? ” he said. “Then you have to ask if people are going to go there, it’s really off the beaten track and not easy to get to.”

But, Pirozzi added, the process will have to adapt as the whole board grabs the issue. He said he did not commit to any particular use.

The area was once known as Fish Harbor and a permanent exhibit on the history of the tuna and canning industry is on display at the Los Angeles Maritime Museum at Sixth Street and Harbor Boulevard.

â€œThe Star-Kist Building is a historic structure that continues to represent an important connection to the once powerful Los Angeles tuna industry,â€ said Anthony Misetich, whose great-uncle, Martin J. Bodanovich, founded Star- Kist with two partners after arriving in San Pedro around 1910.

Other family members followed to help work in the cannery. His grandfather, Luka Bogdanovich, was a factory manager at the Star-Kist factory.

“They came here with nothing in their pockets and made a career in San Pedro,” Misetich, former honorary mayor of San Pedro, said in a recorded interview.

Misetich, who now lives in Texas, said the building represents a connection to “Los Angeles’ once powerful tuna industry.”

Star-Kist closed its facility on Terminal Island in 1984, Misetich said.

The installation was designed, he said in his formal remarks on the negative statement, by John K. Minasian, an engineer who worked on Cape Canaveral and the Space Needle at the Seattle World’s Fair.

â€œIt was the largest example of industry-built tiled construction on the West Coast,â€ he wrote, â€œand has an unusual level of architectural detail on its facade facing Fish Harbor. It was also the workplace of tens of thousands of San Pedrans who made their living working in the establishment. Star-Kist Factory No.4 has literally been the economic engine of San Pedro for decades.

Stephanie Mardesich, whose grandfather Joseph M. Mardesich, Sr. was a founding partner of the French Sardine Company which was later renamed Star-Kist, also filed objections against the plans. She remembers visiting the factory offices as a child.

“The Star-Kist building could function as a cannery for products other than fish shipped from agrarian communities,” she said as a possible future use.

The port document states that lead and asbestos clearance will be required and that demolition would take approximately 60 days, including the removal of a 2,254 square foot wharf and approximately 20 wooden piles.

Factory # 4 was previously considered eligible for historic status, but a 2018 assessment determined it was not eligible.

In addition, the building is in poor condition and presents a danger, port officials said.

“No operation is proposed for the moment,” said the document.

Sign up for The Localist, our daily email newsletter with handpicked stories related to where you live. Subscribe here.