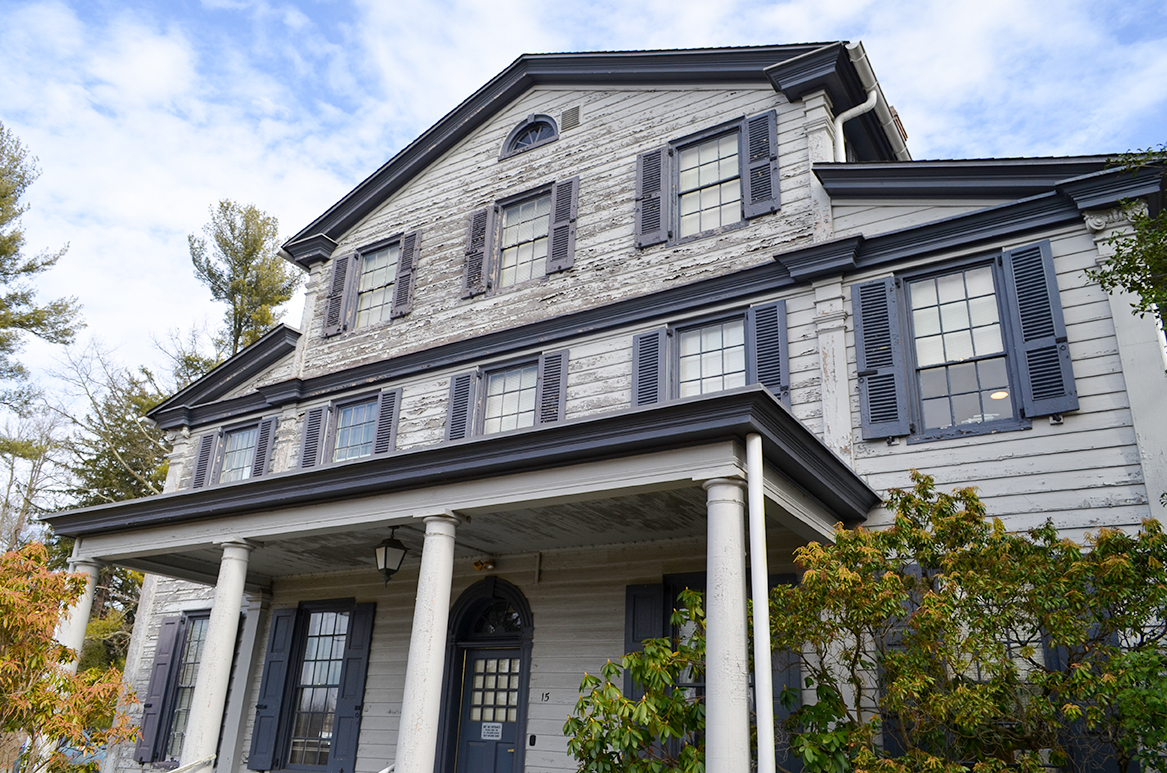 FENWICK MANOR: This historic farmhouse, which was built in the 1820s and has served as the headquarters of the Pinelands Commission since 1980, will be renovated with state funding. (Photo provided)

New Jersey’s fiscal year 2023 budget includes an appropriation of $500,000 to renovate, stabilize and maintain a historic 19th-century farmhouse that long served as the office of the Pinelands Commission. Fenwick Manor in New Lisbon was built in the 1820s and is listed on the National and New Jersey State Register of Historic Places.

“We are thrilled with the trust, which will help restore and maintain a landmark in Pinelands that has deteriorated in recent years,” said Susan R. Grogan, the commission’s acting executive director. “We would like to thank the Governor and the Legislative Assembly for setting aside these funds and recognizing the importance of refurbishing this historic treasure.”

“The 3½-story structure is an early 19th century example of the architectural transition between Federal Revival and Greek styles,” whose striking western facade “uniquely reflects a blend of these associated features,” noted Paul Leakan, Communications Manager. “The farm was home to some of the seminal entrepreneurs and innovators of the New Jersey Pinelands, including horticultural pioneer Elizabeth C. White, who was instrumental in growing modern blueberries from local wild species. ”

The property is state-owned, and the Pinelands Commission has leased the farm and Fenwick Manor site as offices for its professional staff since 1980. As Leakan explained, “increased rainfall, humidity and extreme and unpredictable weather conditions associated with climate change had a significant effect on the farm. Over the past decade there has been an accelerated and pronounced deterioration of the building’s painted exterior and exposed timber elements, as well as the development of significant interior structural cracks and water seepage in the basement of the building. building.

“In early 2022,” he added, “the commission applied for a Historic Site Management Grant from the New Jersey Historic Trust to fund the preparation of a preservation plan for the farm. The plan will be used to identify all interior and exterior areas of concern, comprehensively document existing site conditions, and establish project priorities and resource funding requirements for future years.

The Fenwick Manor property contains several other buildings that house commission staff, including the 12,500 square foot Richard J. Sullivan Center for Environmental Policy and Education, as well as a shed and barn.

To learn more about the Pinelands Commission — which works to protect the natural, cultural, and historic resources of the 938,000-acre Pinelands region — visit nj.gov/pinelands. —JK-H.