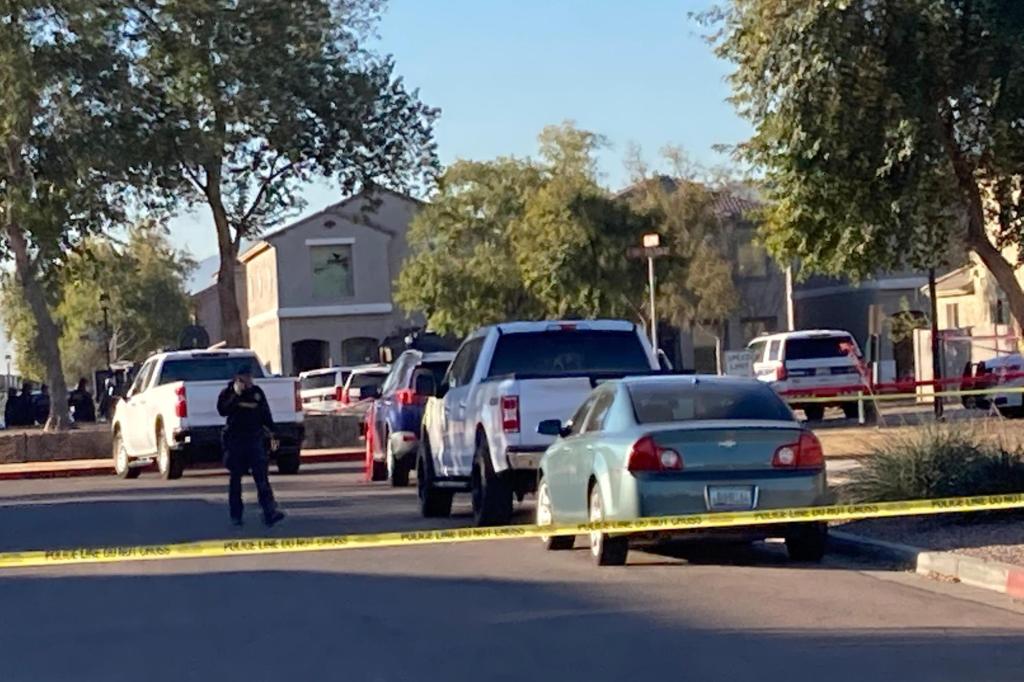 PHOENIX — A man who shot his ex-girlfriend at a Phoenix home early Friday ambushed the first officer at the scene, critically injuring him, then opened fire on other officers as they tried to rescue a baby left outside the door.

Of the five directly shot, four remain hospitalized. All the officers were expected to survive and the little girl was unharmed.

“I can’t remember an incident in the history of the city where so many officers were injured,” Mayor Kate Gallego said at a news conference near the scene. “A baby is safe today thanks to our Phoenix police officers.”

The most seriously injured police officer was the first to arrive at the home, around 2:15 a.m., following the report of a woman shot dead. He was invited inside, Phoenix Police Sgt. said Andy Williams.

“As he approached the door, the suspect ambushed him with a gun and shot him several times,” he said. “This officer was able to come back and get away safely.”

Video from the scene shows another man exiting holding a baby and a satchel. The man put the satchel on the floor then laid the infant, wrapped in a blanket, between the satchel and the front door. He raised his hands in surrender as he walked away from the house.

After this man was arrested, other officers approached the door to grab the little girl and the suspect fired more shots. The police returned fire, which then led to the suspect being barricaded. Eight of the officers were injured by bullets or shrapnel during that exchange, Williams said.

Police were able to get the baby to safety as a SWAT unit took over.

The suspect remained barricaded for several hours and was later found dead from a gunshot wound inside the house.

They also found the suspect’s ex-girlfriend, who had been shot and seriously injured. She died hours later, police said. Williams said the baby was believed to be the child of the woman and the suspect. It is now owned by the state.

The man who carried the baby outside suffered non-life-threatening injuries. Williams said he was a family member and was cooperating with police.

“There is no information to suggest he was part of the ambush, but it is an ongoing investigation,” Williams said.

Police identified the shooter as Morris Jones, 36, and said they were still trying to find out about the circumstances leading up to the incident. Detectives were gathering evidence and processing the scene Friday morning.

KP will borrow loans from AfDB in euros instead of dollars