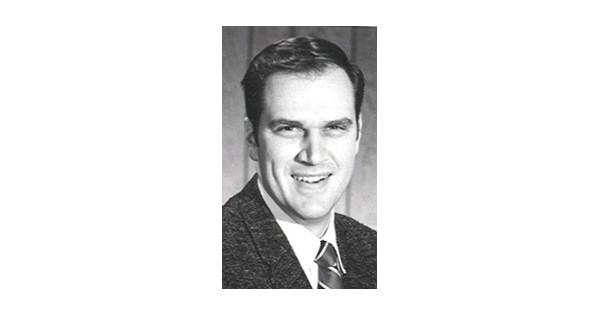 Richard E. Fredricks, of Appleton, Wisconsin, died on September 14, 2021 at the age of 82.
Dick was born February 10, 1939 in Janesville, Wisconsin, son of Arthur and Julia Fredricks. He married Annemarie (née Sladky) on February 5, 1966.
Dick is survived by his patient and understanding widow, Annemarie, Appleton; six children, Elizabeth (Roger Palecek), Cottage Grove, Wisconsin; Susan, Downingtown, Pennsylvania; Steven (Sarah), Madison, Wisconsin; Arthur, Edwards, Colorado; Matthew (Lisa), Oconomowoc, Wisconsin; Margaret, “Peggy” (Phil Boardman), Helsinki, Finland, and five granddaughters, Sydney Fredricks, Hannah Linke. Alexandria Linke, Emily Fredricks and Madeline Fredricks, and a grandson, Maxwell Fredricks.
He was predeceased by an older brother, Irvin (sudden infant death syndrome, 1937), his father (1941) and his mother (2001).
Dick has been involved in several community and national activities, including the Czechs in Wisconsin.
Dick was very proud of his children’s pursuit of excellence. All of the children graduated from college: Elizabeth, BA University of Kentucky; Susan, BA University of Iowa, MA Seton Hall University, Ph.D. University of Kansas; Steven, BA Marquette University, JD Hamline School of Law; Arthur, BA University of Wisconsin-Milwaukee; Matthew, BA University of Wisconsin-Milwaukee, MA University of Wisconsin-Milwaukee; and Peggy, BA Mount Holyoke College, MSc and Dr.Rer.Nat. Techische Universität München (Germany).
During his formative years, Dick was influenced by his uncles and aunts who became his surrogate siblings. A close extended family includes many cousins ​​and their children.
Dick grew up in Milwaukee, graduated from Custer High School, where he met his future wife; attended Marquette University where he obtained his BS and MS degrees in chemistry; and did graduate studies at Purdue University and Carnegie-Mellon University. With his wife and daughter, he moved to Appleton in 1968 after accepting a professorship in the Department of Chemistry at Lawrence University. In 1969, Dick accepted a position with American Can Company, Neenah, in the analytical chemistry group and also worked in the packaging product development group. Without. move Dick worked for American Can Company, James River Corporation; Fort James and Georgia-Pacific. He has been the co-inventor of five patents, author of several articles published in the chemical literature and lecturer at seminars organized by the American Chemical Society, TAPPI and the Society of Plastics Engineers.
He was active in the Saint-Bernard Catholic Church as a representative of the vicariate, member of the church council; reader and mass servant with his children. He actively participated in several Bible study courses at Saint-Bernard Church and Saint-Pie XI Church.
Dick was very active in sports arbitration. He has officiated high school, college and semi-professional football and high school and college basketball. He was the referee of three WIAA State Tournament football and the referee of two high school All-Star football games. Dick founded the Fox Cities ‘Officials’ Association (1969) and has served on several occasions as Secretary, Treasurer, Games Coordinator, Vice President and President of FCOA; played a decisive role in the renumbering of situations in the national federation case reports (1976); worked on the revision of the NF and NCAA football penalty signals table (1980); served on the WIAA Officials Advisory Committee (1982-1984), during which time the officials classification system was reorganized; was a basketball and football columnist for Referee magazine (1981-1986); was a speaker at the congresses of national federations (1983-1988); was a member of the editorial board of the National Federation’s Officials’ Quarterly (1995-2000), including during the founding of the magazine, and has published extensively there; author or co-author of several official books; served to revise football exams written by the national federation; and has been a speaker and advisor for arbitration clinics held in the Fox Cities and Green Bay. Locally, Dick was a member of the “Red” Smith Committee. He served on the Sports Committee of the Fox Cities Convention and Visitors Bureau, where he was the spokesperson for all officials. Dick has been especially blessed to have been associated with honorable and honest ladies and gentlemen of the highest caliber in his officiating and community activities.
A funeral mass will be celebrated for Dick at 4 pm on Thursday, October 7, 2021 at St. Bernard Catholic Church, 1600 W. Pine St., Appleton. Family and friends will be received at the church from 2 p.m. until mass. The entombment will take place at 11 am on Saturday, October 9, 2021 at the Holy Cross Catholic Cemetery and Mausoleum, 7301 W. Nash St., Milwaukee.
In lieu of flowers, donations can be made in Dick’s memory to JDF International by clicking the memorial donation button above.
Dick’s family would like to warmly thank all of his caregivers at Touchmark, Senior Living and Heartland Home Hospice for the warm and compassionate care they have provided to him.
Please leave a special message or condolences for his family below.