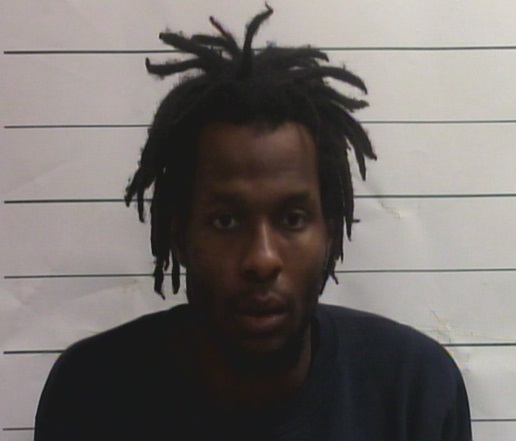 Today (January 2, 2021), the NOPD arrested Corey Davis (pictured, black man, date of birth: 3/25/1994) in connection with an investigation into a attempted homicide that occurred on January 1, 2022, at the intersection of Decatur and Spain streets.

NOPD VOWS, US Marshals and detectives from the NOPD Child Abuse Unit located Davis today in a location in the Fifth District. Davis was arrested without incident.

At approximately 3:20 p.m. on January 1, NOPD officers from the Fifth District were notified of the arrival of a one-year-old baby with multiple gunshot wounds at a local hospital via private transport. Thanks to the investigation, the location of the event was determined to be the intersection of Decatur and Spain streets. As the investigation into the incident progressed, NOPD detectives developed and identified with certainty Corey Davis (pictured, black male, date of birth; 03/25/1994), the victim’s father, as a person of interest in this incident.

Davis was later determined to be the perpetrator of this incident, and an arrest warrant was obtained for his arrest.

Davis was arrested for attempted first degree murder, second degree cruelty to a minor, domestic violence, aggravated assault, aggravated criminal damage to property, criminal in possession of a firearm, illegal use of a weapon and theft of a motor vehicle. It will therefore be reserved at the Orléans parish justice center.

NOPD Superintendent Shaun Ferguson praised the work of officers and law enforcement partners involved in this investigation and arrest.

“This is another unfortunate incident of violence in our town which turned out to be domestic in nature, and also where a child – in this case a 1 year old baby shot by his own father – was victimized. of a tragic, senseless and violent crime, “said Ferguson.” As I said before, practicing self-responsibility and implementing appropriate conflict resolution skills can help avoid tragic situations like this one.”

Anyone with additional information on this incident is urged to contact detectives from the NOPD Child Abuse Unit at 504-658-5267.