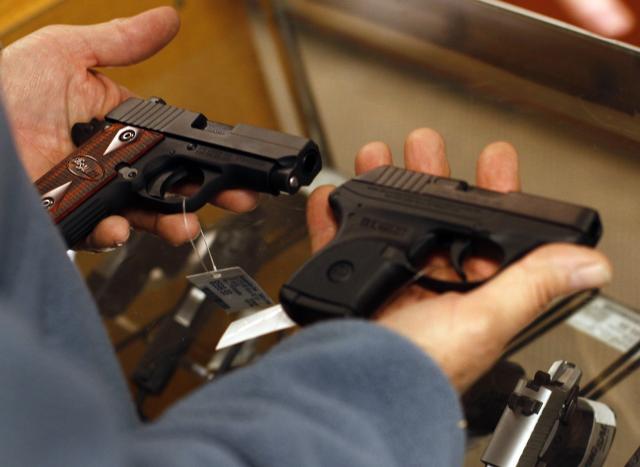 What’s next: show proof of auto insurance? Amy Forliti of The Associated Press reports: â€œThe Minnesota Supreme Court ruled on Wednesday that state law requiring individuals to be licensed to carry a handgun in public is constitutional and does not violate the Second Amendment. The ruling comes in the case of a man who has been accused of carrying a pistol without a license. Nathan Hatch was arrested in 2018 after Metropolitan Airport Commission police pulled over to help him after his truck broke down. He told officers he had a gun in the back seat and did not have a license, and officers found a loaded pistol. Hatch was convicted of a serious offense.

Change the test when you don’t like the answers. Jenny Berg of the Star Tribune reports: â€œAn external audit of Sartell-St. Stephen’s School District – who revealed students are concerned about racism, homophobia and discrimination – aimed to help the district make improvements. But after a fierce backlash from community members – who have put the small school district in the national spotlight – the audit and its recommendations are dropped in favor of a new committee created by the district.

Right a wrong. Colleen Connolly of The Imprint reports: â€œThe Midwestern state has long been one of a handful of states nationwide that do not provide legal advice in [child abuse and neglect cases] which can end with a child and a parent cut off for life. â€œNowhere else in our statutory system do judges make decisions based on their feelings,â€ said Natalie Netzel, director of education and advocacy for the Institute to Transform Child Protection at the Mitchell Hamline School of Law. of St. Paul. Starting next summer, all parents will have the right to a lawyer, regardless of the court’s opinion. In late June, the governor of Minnesota signed a law requiring duty counsel for low-income parents who face allegations of child abuse and neglect.

How much is your life worth? Jeremy Olson of the Star Tribune reports: “Reward site offering $ 100 for new COVID-19 vaccinations in Minnesota debuted on Wednesday as the state continued to show signs of a new pandemic wave fueled by variants. Governor Tim Walz urged unvaccinated Minnesotans to take advantage of the incentive and help increase the state’s immunization rate ahead of events such as the Minnesota State Fair and the start of the K-12 school year in autumn.

Look to the future. WCCO reports: â€œTarget Corp. joins a growing list of retailers and restaurant chains offering educational assistance in select online institutions to its frontline employees in a fiercely competitive job market. The Minneapolis-based discounter said Wednesday that he plans to spend $ 200 million over the next four years to provide his workers with free undergraduate and associate programs. as well as certificates in business-oriented majors at some institutions such as the University of Arizona and the University of Denver. Textbooks will also be free.

Negatively 4th street: “How the removal of a highway could restore part of the north loop” [Mpls-St. Paul Magazine]

Thanks: “Roseville plans to rename the Pocahontas park” [Star Tribune]

Memo from the editor-in-chief of MPR News: “Inclusion at MPR News” [MPR]

Related: “‘It’s not about you’: Viking legend Cris Carter says players should get vaccinated to protect the squad” [WCCO]

Here’s where masks and vaccines are required in Minnesota