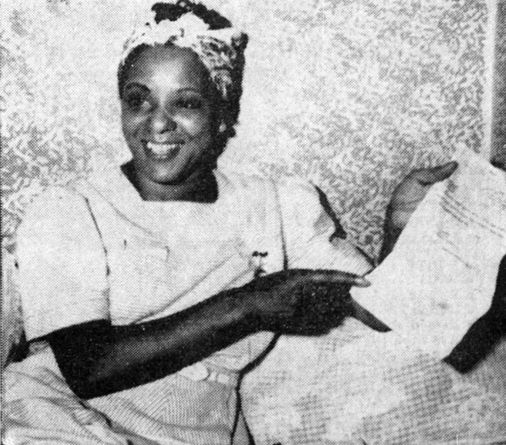 This Black History Month, the Globe salutes black people in Massachusetts who have made a difference.

Mildred Davenport was a boundless dancer who graced the stage wherever she performed. Beyond her entertainment career, she was an unyielding leader as a city official and military officer.

Born in 1900 in Roxbury, Davenport went to C.C. Perkins Grade School and Prince School and graduated from Boston Girls’ High School in 1918. She then studied at Boston University’s Sargent School of Physical Training .

She then taught at Tuskegee University before returning to Boston, where she opened her first studio, the Davenport School of Dance.

During her dancing career, Davenport broke down barriers and carved out a path for herself as a performer. From 1930 to 1935, she performed in several African-American shows on Broadway, including “Fast and Furious”, “Flying Colors”, and “Black Birds”.

In 1938, after opening her second dance studio, Silver Box Studio in the South End, she became the first black woman to perform with the Arthur Fiedler Pops unit of the Boston Pops Orchestra. She has also been on numerous roadshows, including the Chocolate Revue and Hot Chocolates.

Her performing career ended when she enlisted in the army during World War II. There, she was one of the first black women in the Women’s Auxiliary Army Corps and later served as a special services officer, librarian, and counselor in the Bureau of Racial Affairs.

After the war, she returned to Boston to continue her advocacy work for the black community. She served on the board of the Boston chapter of the NAACP and worked for the Massachusetts Commission Against Discrimination. She passed away in 1990, but her impact on the performing arts and black communities created a lasting legacy.

Grace Gilson can be reached at [email protected]