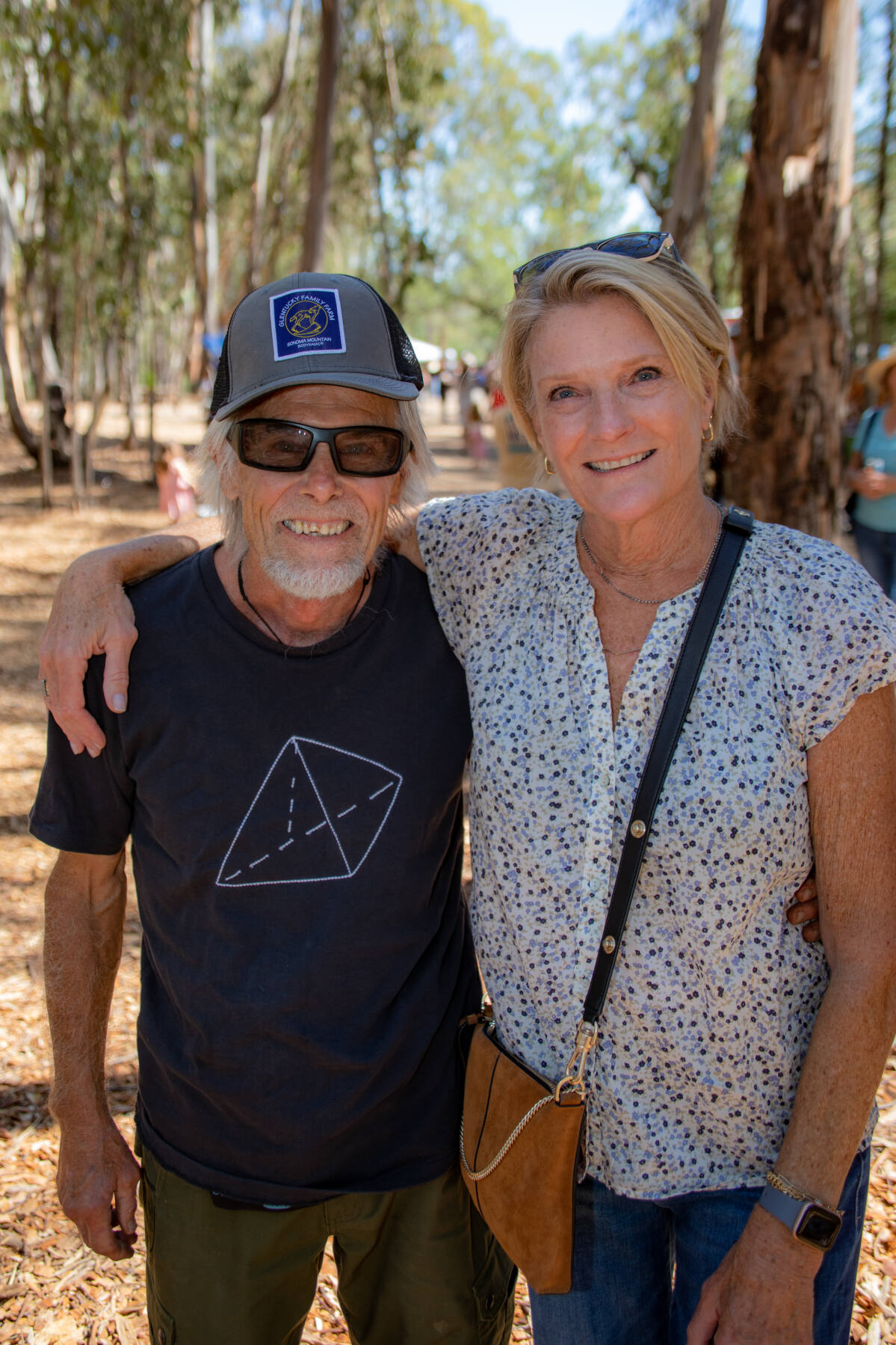 Pioneering biodynamic winemaker and farmer Mike Benziger and his family were honored for their contributions to Jack London State Historic Park on September 24, 2022, as part of the park’s fundraising gala, “Once Upon a Time in a Forest not so far”.

“Mike has been very generous with his time, leadership and resources. He is particularly committed to our environmental education programs,” said General Manager Matt Leffert.

“The reason Jack London Park is so important to me and my family is not just its dramatic beauty and illustrious history, but because it’s a place to reach and educate the next generation of young people,” said Benziger.

“Children spend too much time in front of screens and too little time outside in nature. Jack London State Historic Park counteracts this by bringing students to the park for fun and hands-on environmental education programs. We capture students’ imaginations and create opportunities for them to follow their curiosity and reconnect with nature and themselves. We provide pathways to nature to develop the environmental stewards of tomorrow,” he added.

Fans of London writing since childhood, Benziger and Mary became familiar with the park when they moved from White Plains, New York, to Northern California in 1973. In 1980, they became neighbors of the park when they purchased the historic Wegener Ranch in Glen. Ellen.

“We knew the minute we saw Glen Ellen that this was the place we needed to be,” Benziger said.

He was deeply inspired by Jack London’s mission to “leave the earth better for what I was” and to introduce sustainable farming techniques that he and his wife Charmian had witnessed on their travels around the world.

“It really convinced me to convert to organic and then biodynamic farming and winemaking,” Benziger said. “It turned out to be a good business decision and the right thing to do for the pitch for sure.”

In 1995, Benziger Sonoma Mountain Estate transitioned from conventional to biodynamic farming. Five years later, in 2000, the estate was officially certified Biodynamic Farm by the Demeter Association.

Benziger knew he wanted to get more involved with the park when California State Parks announced that Jack London State Historic Park was to close due to a lack of funds in 2012.

This led to the creation of Jack London Park Partners, one of the first nonprofit organizations to be entrusted with managing a state park on behalf of the people of California.

Benziger joined the board in 2015 and served as chairman in 2016-17. He continues to serve on the Executive Committee as President.

“Jack London Park Partners are dedicated to preserving the park for the future,” he said, adding, “My family and I are supporting this park for the long term.”

The event brought hundreds of people to the park to dance with fairies and elves while raising hundreds of thousands of dollars for park operations.