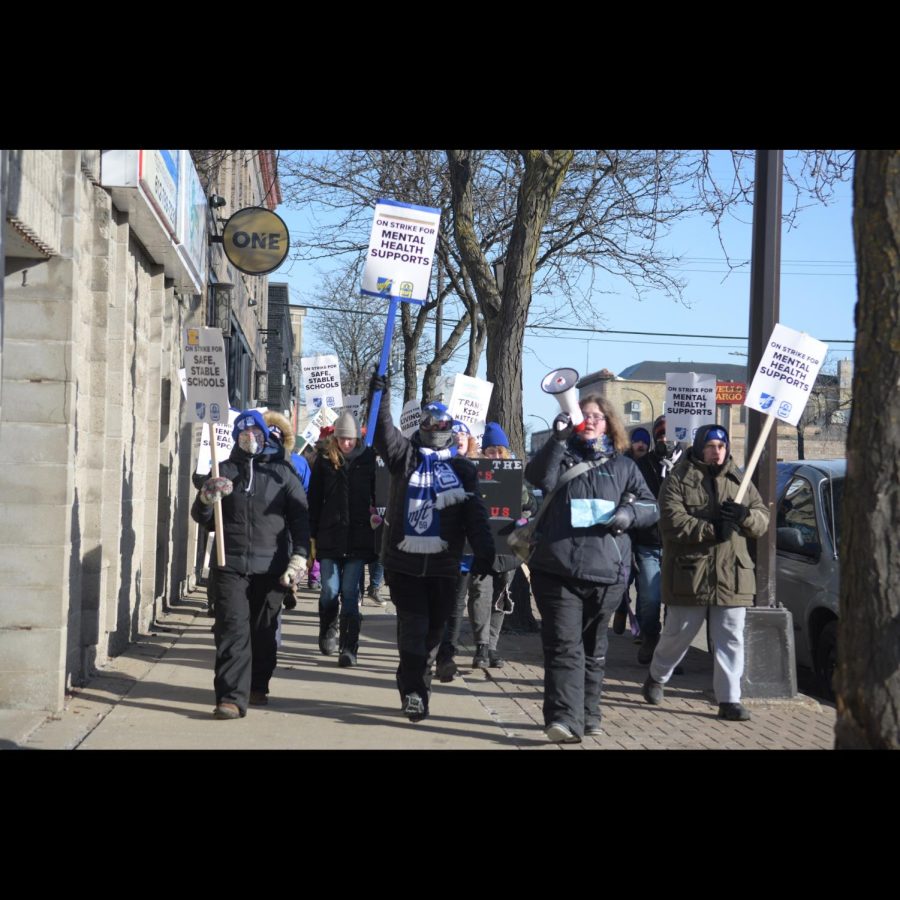 After 14 days of canceled classes and thousands of educators and community supporters taking to the strike lines, Minneapolis Public Schools announced a tentative agreement with Local Union 59 of the Minneapolis Federation of Educators at the start of the March 25.

One of the largest school districts in the state has been closed since March 8. More than thirty thousand students enrolled in Minneapolis public schools are once again absent from classes due to a heated debate over the contracts between MPS and MFT.

The Minneapolis Federation of Teachers represents both teachers and Educational Support Professionals (ESPs) and is striking over poor salaries for ESPs and teachers. In the last approved contract between ESPs and districts, the starting salary for some ESPs is as low as $15.45 per hour.

Educators went on strike for a list of reasons, pay being one of them and another being class size. The teachers and their union say they want class size caps included in their new contract. Liam Davis Temple, a Hamline alumnus and former MPS substitute teacher, says he often worked in classes with more than 30 students.

“There are tons of data on smaller classes[ing] to better learning outcomes. It’s quite logical, [with] smaller classes, students have more attention from the teacher and more concentration. You can tailor things more individually to students if there are 20 students in a class versus 35, obviously,” Davis Temple said.

The district faced immense public pressure from parents, teachers and even elected officials regarding their negotiations. School board member Josh Pauley resigned during the March 16 strike after a group of strikers and community activists demonstrated outside his home. Pauley was endorsed by MFT when he first ran in 2018. Pauley is not the only district leader to leave during this time, a district bargaining committee member and chief agent for Human Resources Maggie Sullevin also announced her departure from the district, and will leave before the end of March.

After 14 days of strike action, the MPS announced in early March 25 that it had reached an agreement in principle with the union. MFT members must vote to ratify the agreement to officially end the strike, despite this the MPS announced and sent robophone calls to families in the district announcing that school would be back on from Monday the 28th. If union members reject the deal, the parties will be forced back to the bargaining table, teachers back to the strike line and students back home. When MPS told the parents that the “strike was over”, most of the striking union members had not seen the new contract or understood what it contained. The union will update its members on the tentative agreement over the weekend and a vote is expected to take place this weekend. There is no clear plan yet for educators to return to work.

Regardless of whether educators ratify the agreement, Minneapolis public school students will have to make up missed learning days according to Minnesota state law. The district will add days to the end of the school calendar, hold classes on previously scheduled “record keeping” days without instruction for students, and potentially extend the school day.

Members of MFT Local 59 have alleged that the MPS’s communication with parents about the “end of the strike” and that students should be expected at school on Monday is an anti-union tactic designed to blame the union and the teachers, if school were not to continue on Monday. Whatever the intention, it is certainly confusing for students and families, and has been for three weeks.

This is a developing story and was reported on Sunday, March 27. For continued coverage, check out the oracle at www.hamlineoracle.com.

How to manage retirement with student loans, according to an expert