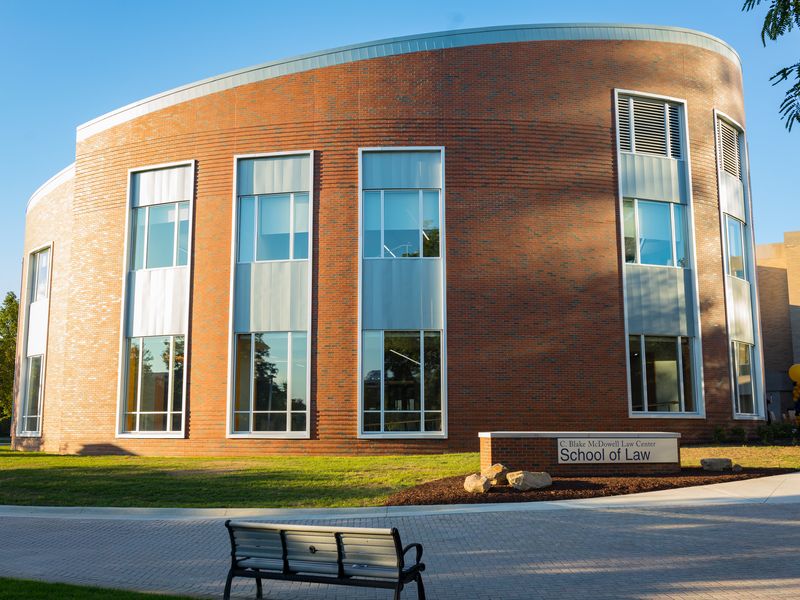 Merger talks between the northeastern Ohio law schools of the University of Akron and Cleveland State University have officially ceased, with the two institutions deciding to remain independent for the time being.

AU President Gary Miller said on Thursday, January 27, a statement signed by officials from both institutions that the universities have “mutually decided to discontinue discussions on a possible combination between our two law schools” , the law school of the University of Akron and Cleveland. -Marshall College of Law.

The schools in August 2020 announced that they would begin considering a possible merger. An exploratory committee has been formed with faculty, students, staff, alumni and members of the legal community who could weigh in on various aspects of what a merger might look like and how it might work.

There are only about 200 American Bar Association– accredited law schools in the United States, and mergers between them are not common. The last two were in 2015 – one combined Hamline University with Minnesota’s William Mitchell College of Law, and the other involved two Rutgers schools. Both of these combinations were spurred in part by the lingering effects of the Great Recession that coincided with a sharp drop in law school enrollment.

Some observers saw the proposed combination of Northeast Ohio law schools as an opportunity to create something innovative in terms of how colleges 40 miles apart work together.

One of them was Law School Transparency executive director Kyle McEntee. He suggested that Akron and Cleveland could be a test case for what he describes as a wheels and spokes law school modelin which first-year instruction is managed through a centralized location, possibly remotely, with in-person instruction beginning in subsequent years at the respective campuses.

However, a few members of those subgroups recently told Crain’s that those meetings fell apart around March 2021. One member of the subcommittee said that in his view, the merger discussion was effectively “dead in the water”.

As reported earlier this week, Crain’s has asked law school deans to discuss the status of those merger talks. A meeting was arranged but was later cancelled.

In a combined statement provided in lieu of an interview on Jan. 18, the schools said there was no resolution yet to the merger talks.

“Both law schools continue to explore opportunities for collaboration, and those discussions will continue when Emily Janoski-Haehlen succeeds Christopher J. (CJ) Peters as Dean of Akron Law on February 21, 2022,” they said. school officials. “At this stage, it is premature to publicly discuss the nature of the opportunities being considered.”

The January 27 announcement, however, underscores that merger talks are now complete.

“With great respect for these (stakeholder) views, we have mutually decided to discontinue discussions on a possible combination of our two law schools,” school officials write. “However, we will continue to explore opportunities for strategic collaborations between us. The successful cross-registration program in selected courses between the two law schools, now in its fourth semester, illustrates the potential for cooperation. innovative.”

You can read the full letter in its entirety here.