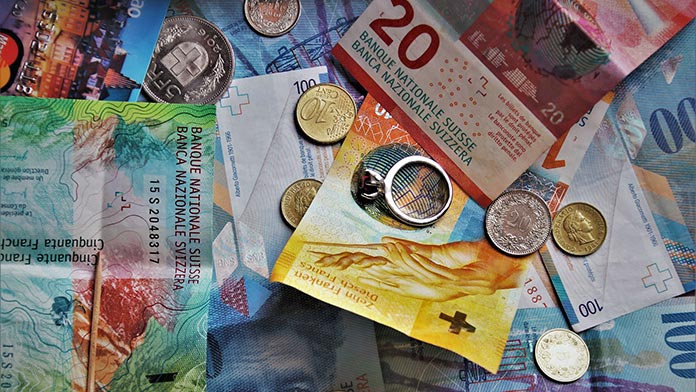 According to a report by the Central Bank of Cyprus, lending in Swiss francs (CHF) has declined significantly in recent years as a result of loan restructurings carried out by banks.

The Central Bank reports that Swiss franc lending stood at 243 million euros at the end of September 2021, a decrease of around 1.8 billion euros (88%) compared to 2 billion euros in December. 2015.

Loans to non-financial corporations fell 98%, while loans to households fell 81%.

The sharp decline in Swiss franc loans from the three banks is due to the continued service/repayment of existing loans and partly to the conversion/restructuring of euro loans.

According to the Central Bank report, during the third quarter of 2021, 467 million euros of Swiss franc loans were canceled or repaid.

Total CHF borrowings for primary residences decreased from €288 million in December 2015 to €85 million in September 2021, of which approximately €27 million relate to loans below €250,000.

Non-performing claims in CHF have fallen by 89% since the end of 2015, with claims on households falling by 82%.

Many Britons claim they were mis-sold in Swiss francs when buying property on the island as holiday homes or permanent residences. Several organizations, law firms and individuals have helped them negotiate deals with banks with varying degrees of success.

The stress of the situation has led to three suicides to my knowledge and numerous marriage breakdowns. One of the organizations helping Britons is being sued in the UK following investigations into numerous complaints from its customers.

In 2014, Hungary forced its banks to convert their foreign currency mortgages into the local currency (Hungarian forint). In 2015, Croatia followed suit.

In 2019, a decision of the European Court of Justice allowed Polish borrowers to repay the balance of their debt in zloty, at the original exchange rate, rather than in Swiss francs.

I understand that a number of Britons with CHF loans have also brought claims of alleged mis-selling to the European Court of Justice.