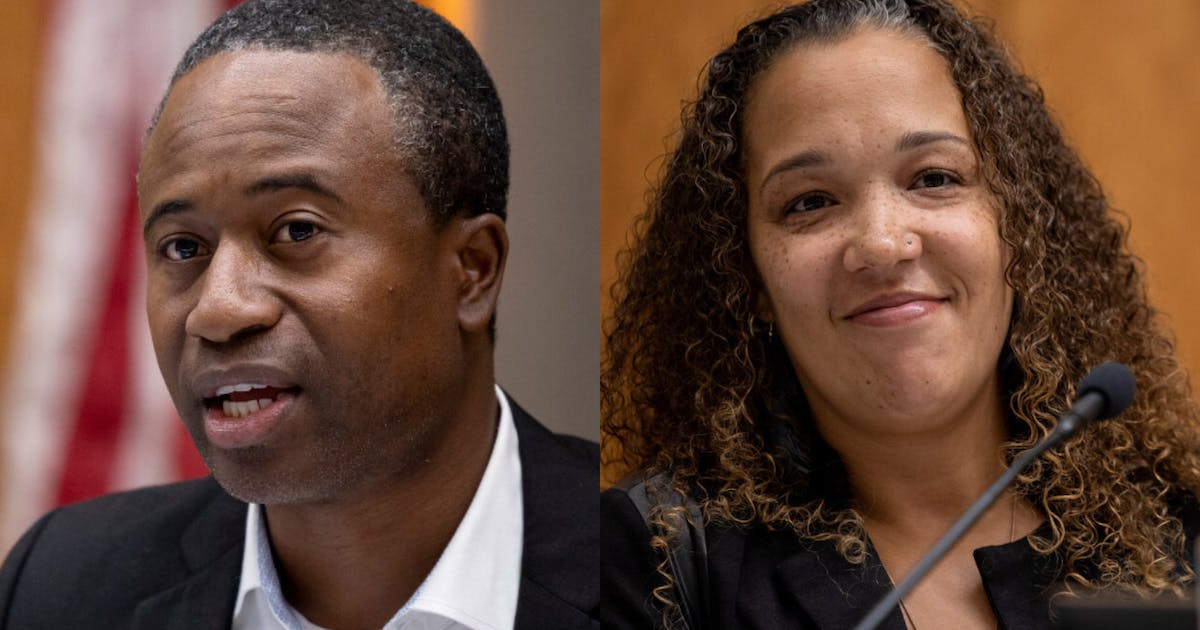 Police reform, housing and economic vitality may be the burning issues in the Brooklyn Center mayoral race, but it’s the two candidates’ leadership styles that could ultimately determine who wins on Nov. 8.

The city’s charismatic and sometimes controversial mayor, Mike Elliott, is locked in a tight competition with city council member April Graves as the city decides how best to provide public safety services in the wake of the murder by the police of two black men in Brooklyn Center since 2019.

Elliott’s approach focused on community engagement and involving more voices to help shape decisions. But opponents say he has often allowed outsiders to run the show, creating a divide at City Hall.

Graves is committed to being a healer and “bridge builder” for the northern suburb of Metro, one of the most diverse cities in the state. That message apparently resonated with voters in the August primary, when Graves garnered 39% of the vote and beat Elliott, who is seeking a second term, by 5 percentage points.

In the months following the death of the police Daunte Wright during a traffic stop in April 2021, Elliott, the city’s first black mayor, convened the Community Safety and Violence Prevention Implementation Committee. The committee proposed using social workers and other trained professionals to respond to calls for medical and social needs that do not require police, and recommended the city use unarmed civilians to handle minor infractions. to the highway code.

Last fall, the city adopted a new citation policy allowing officers to ticket offenders for misdemeanors and felonies and let them go rather than arrest them.

Former police chief Tim Gannon has resigned, although he now claims in a lawsuit against the city that he was kicked out for refusing to immediately fire Officer Kimberly Potter after she shot and killed Wright. City leaders this year hired Kellace McDaniel as police chief, the second black chief in the city’s history.

“We responded quickly and with clarity, and we did so in a way that many are proud of,” Elliott said in an interview. “People are hurting from the status quo and want change to happen. I present clear, intentional, and inclusive leadership to move Brooklyn Center forward.”

“He engages citizens and that’s important,” said Steve Cooper, an Elliott supporter. “He’s been slow to build coalitions. He stays in touch with the different communities.”

Elliott “either didn’t want to take a tough and controversial vote or he just couldn’t decide which way to vote,” Ryan said.

Elliott said he disputes those findings and said he never missed a meeting. The Star Tribune has not received a response to a request for data targeting the attendance records of other board members.

Resident Kevin Scherber said Graves is collaborative rather than divisive. “She doesn’t push her thoughts on people,” he said. “She has thoughtful and inclusive responses. She will bring grace and dignity to this office, which is sorely lacking.”

Graves, 42, moved from St. Paul to Brooklyn Center in 2011 and four years later became the first woman of color elected to the council. A public health specialist with the Minneapolis Health Department’s Office of Violence Prevention, she supported some of the proposed changes to policing, but feared going too far.

Graves said in an interview that police reform can include a combination of police, social worker and violence prevention initiatives. “It doesn’t have to be one or the other. We need both,” she said.

Elliott, 38, emigrated from Liberia to Brooklyn Center with his family when he was 11 years old. He served as class president in his sophomore, middle school, and high school years at Brooklyn Center High School and earned a bachelor’s degree from Hamline University in St. Paul. He created and managed several small businesses.

Both candidates agree that investing in youth programs and improving housing options should be top priorities. They also agree that it’s important to boost the health of businesses in the city, given the loss of retailers such as Best Buy and Target.

One in four Brooklyn Center residents was born outside the United States. The city, which has a population of 32,000, is one of the poorest suburbs in Hennepin County, with 15% of its residents living below the federal poverty level, according to U.S. Census data.

Elliott said Brooklyn Center is moving in the right direction, pointing to developments in the works that include an international market center, more housing, a movie theater and a daycare center. There are also plans to revamp the town’s community center, he said.

“We are ready for economic growth,” Elliott said. “We are on this path and there is no turning back. Our best days are ahead of us.”

Says Graves, “We have to build trust. People want to feel heard and disagree with respect. When you lead that way, the climate can start to change.”

German companies struggle to get loans

Pipers win the polls – The Oracle