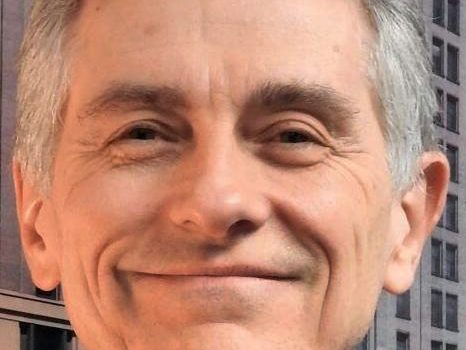 After nearly a decade leading the Greater St. Paul Building Owners and Managers Association during a time of profound transition in downtown St. Paul, Joe Spartz plans to retire in June.

Spartz, 64, who was hired as president of Greater St. Paul BOMA in 2013, has had a colorful and varied career, from human resources consulting to writing the 2017 children’s book “Harry the Scary Pumpkin,” published by St. Paul-based Beaver Pond Press.

Through BOMA, he oversaw a 2018 downtown St. Paul safety study and led the organization — which has some 300 building managers and real estate professionals — for a period. pandemic and slowing pedestrian traffic downtown.

In addition, BOMA publishes an annual downtown market report focusing on office occupancy rates, commercial and residential population trends. Over the past decade, old downtown warehouses, law office buildings and department stores such as Macy’s and Woolworth have undergone top-to-bottom renovations for new uses, often but not always residential apartments. In May 2015, the St. Paul Saints found a new home at CHS Field, formerly the site of Gillette’s White Rain shampoo factory.

Spartz is the state director of the Concord Coalition, a national watchdog group focused on the national debt, with which he plans to remain involved.

In the short term, he and his wife are going to Italy for their 42nd wedding anniversary.

“That’s the only major thing I’ve planned,” Spartz said Thursday. “I’m going to get involved in something. It won’t necessarily be related to commercial real estate or anything like that. But who knows? I have been very concerned about the divisions, both political and cultural, which are tearing at the soul of this country.

“I’ll probably end up writing more,” added Spartz, who has at least one more children’s book in him. “There are a few other writing projects I could get involved in.”

Greater St. Paul BOMA, one of 100 BOMA affiliates across the country, has formed a search committee with the goal of hiring a new president by the time he leaves.

Italy’s Intesa puts $6.3 billion in loans to Russia and Ukraine under the microscope