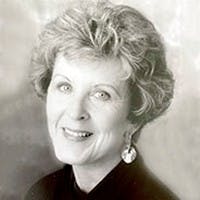 Hanson, JoAnn Lilja, 85, died peacefully on July 22, 2022 from complications from Parkinson’s disease. She was born in northeast Minneapolis to Harry and Ellen Lilja in 1936. JoAnn married Bill Hanson in 1957 and they had two daughters, Lynne Hanson and Jillian Hanson. JoAnn married Bob Glancy in 1999. JoAnn is survived by her husband, Bob Glancy; his brother, Jerry Lilja (Lutsen, MN), his wife Joan; daughters Jillian Hanson (Raymond, ME), husband Pete Rowland; and Lynne Hanson (Denver, CO), husband Bill Berger; granddaughters Alex Berger, Annika Berger and Dana Hanson; niece Amy Banks and nephew, Brien Lilja. JoAnn led JoAnn Hanson Interior Design after working for many years in the Dayton design studio. JoAnn graduated from Edison High School in 1954 and graduated from Hamline University in 1958. She has been an active member of Hennepin Avenue United Methodist Church for 54 years, serving on its fine arts and other committees . She and her husband Bob enjoyed traveling to Europe where JoAnn, already an excellent cook, took cooking classes in Italy. Their shared interest in homes – Bob as a realtor and JoAnn as an interior designer – led them to design and build a vacation home in Lutsen, MN where they spent many happy days. They also combined their talents in the purchase and restoration of a historic home in Minneapolis. JoAnn was very creative and had many skills and talents. She expressed herself through gourmet cooking, taking photographs, designing and sewing clothes, knitting and embroidery, among others. In retirement, JoAnn volunteered her time and talents on the Aesthetics Committee of the Gramercy Park Cooperative on Lake Shore Drive, the seniors’ residence where she and Bob lived. A memorial service will be held Oct. 1 at Hennepin Avenue United Methodist Church. Memorials to Planned Parenthood of Minnesota, Hennepin Avenue United Methodist Church or Parkinson’s Foundation.