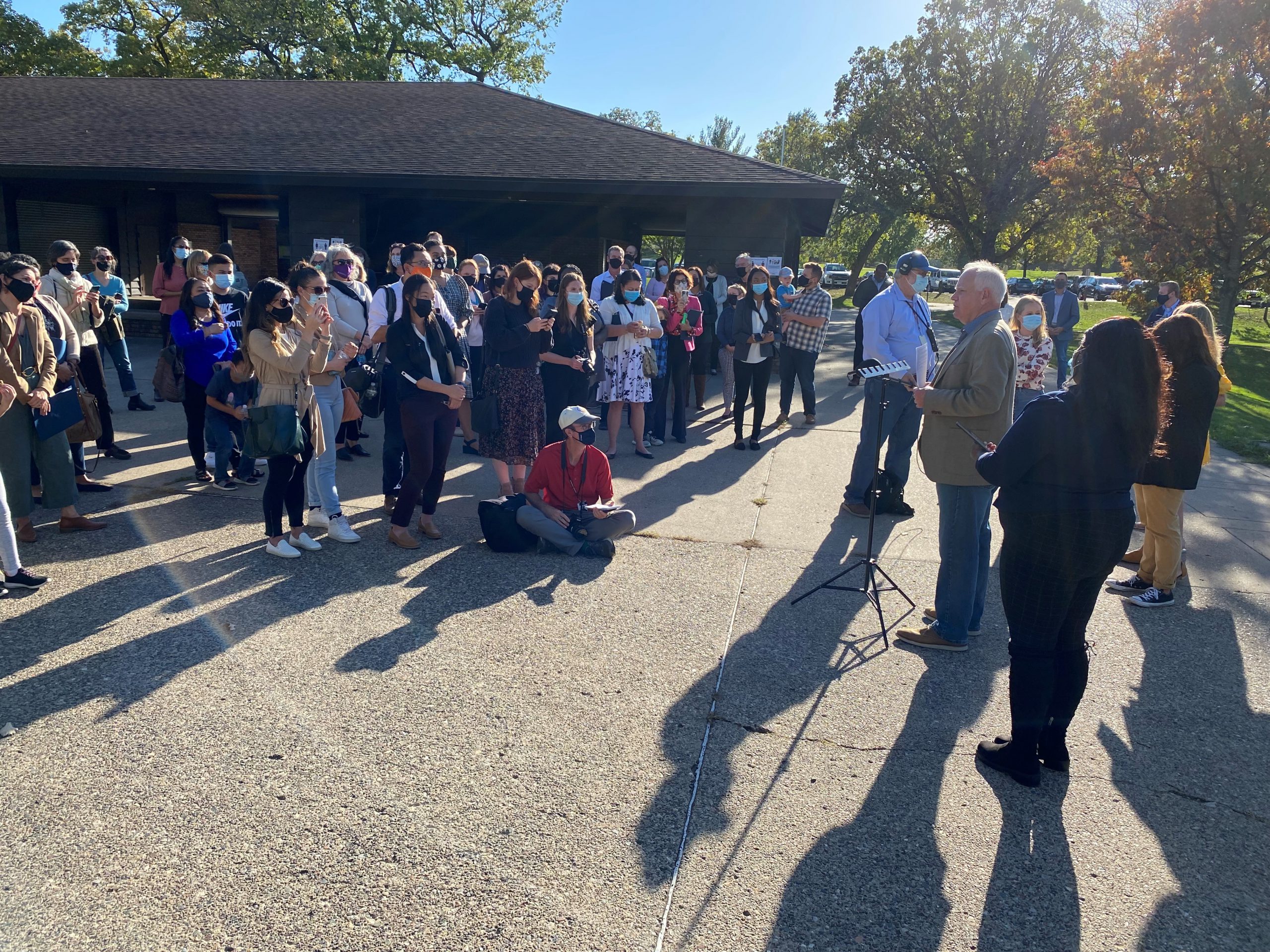 After years of work, the Mitchell Hamline Institute to Transform Child Welfare participated in an event in October with Governor Tim Walz and Lieutenant Governor Peggy Flanagan to celebrate several legislative victories for families in Minnesota. The institute had worked specifically on two proposals which became law.

The measures were part of a larger bill that funded health and social service initiatives across the state. One demands that lawyers be appointed in child protection cases for parents who cannot afford them. The other removes critical barriers that prevented family members from serving as foster parents in cases where courts have removed children from their parents’ care.

“Both of these measures are essential in keeping more families together,” said Joanna Woolman, executive director of the Institute to Transform Child Protection.

“We have been working on the Parents’ Representation Bill for over 10 years and the Foster Care Licensing Bill for four years. More than 10 Mitchell Hamline students have been involved in these efforts over the past decade.

Through a policy-oriented clinic offered by the institute, students work with Mitchell Hamline faculty and clinic leaders to help achieve the institute’s legislative priorities. Student work includes research, drafting language for possible legislation, and even testifying before legislators.

Earlier this spring, during her final semester at law school, Adrienne Baker testified before a legislative committee for right to a lawyer legislation. “I have learned so much working with different committees to better understand the intricacies of law and policy,” noted Baker, who has since graduated and is currently an assistant to two Minnesota Supreme Court justices. “The clinic has finally shown me that there are many ways I can use my law degree to be a lawyer, and I am very grateful for the experience.

Former Minnesota Supreme Court Justice Helen Meyer ’83 worked with the institute for more than a decade to push through the Parent Representation Bill. In 2008, the shift from a state-run system to a county-run system left many parents without a lawyer in their initial hearings and throughout their cases. Meyer led a committee to explore how to improve Minnesota’s system for providing attorneys for parents in child protection cases. Minnesota was one of seven states without such a guarantee. More than 6,000 children were removed from their parents’ care for at least a day in 2020, according to the institute.

“The William Mitchell Child Protection Program (now the Institute for Transforming Child Protection at Mitchell Hamline) was created, in part, to develop data and push for policy change on this issue. Meyer said. “The bottom line is that this change in the law will help children spend less time in foster care, with long-term stability achieved. “

State Representative Jamie Becker-Finn ’11 sponsored the bill, telling Minnesota Reformer this summer that it was one of the toughest deals she’s ever worked on. There was an agreement on the benefits of ensuring legal representation, she told the publication, but it took a lot of work to find a way to fund it.

The institute hadn’t worked on the second proposal that was passed for that long, but that was no less important, Woolman added. “Minnesota had a lot of unnecessary criminal hurdles in our foster care authorization laws that prevented parents from becoming foster parents for children whose parental rights have been terminated,” she said. .

“I think this change will have a huge impact and will be important for our BIPOC communities. “

The new law removes several minor, non-violent offenses from the list of crimes that would prevent a person from becoming a foster parent, which requires a license in Minnesota.

Natalie Netzel ’15, the institute’s director of education and advocacy, told the reformer that the changes “will make it much easier for children to be placed with family members if they need to be removed from their parents. “.

President of the Navajo Nation and Governor of the Gila River witness historic signing of $ 1.2 trillion infrastructure law at White House