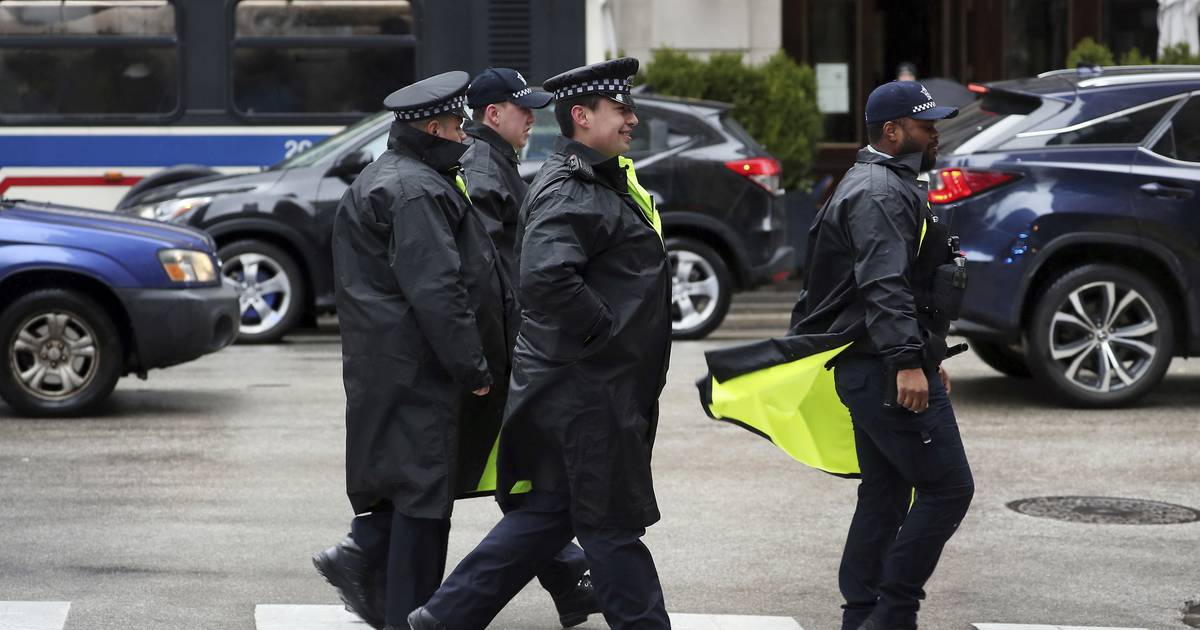 If Chicago wants to clean up its cultural and economic hubs, it should invest in foot patrols – Chicago Tribune

In January 2009, after covering Barack Obama’s first inauguration, I retired from my job as a political reporter at WLS-Ch. 7 to relax and think about my future.

I wanted to detox from the stress and pressure of the daily news, which meant traveling far enough from Chicago to minimize my access to local news and trade icy winter winds for gentle summer breezes. So my wife and I headed to one of the best travel destinations – Cartagena – the iconic Colombian port city renowned for its swashbuckling history and charming old walled town.

The cheap high-rise apartment we rented – with an ocean-view patio but no TV, phone or internet, limited access to English newspapers and, of course, no social media – ticked all the boxes. But Colombia at the time was infamous for its violent drug cartels based in the cities of Cali and Medellin, and guerrilla warfare in the mountainous jungle areas, so our pre-trip excitement was tempered by a little anxiety.

Our worries, thankfully, proved unfounded because, even with the wars on drugs and political unrest rocking parts of the country, Cartagena continued to be a safe haven – a major tourist destination where cruise ships dock daily at the port and thousands of vacationers disembarked to visit the charms of the Old Town.

Yet government officials were taking no chances: soldiers, heavily armed but low-key, walked the beaches, and equally low-key police walked the streets – all friendly and kind but deadly serious. So, the month we spent there was magical, and the reassuring security presence played a big role.

In the Chicago of 2022, the problem isn’t violent drug cartels or political unrest – it’s carjackings, shoplifting, shootings, beatings and gangs of unruly youths. in and around the city center. None of these neighborhoods, including Lincoln Park, Old Town, the Gold Coast, River North and the Loop, have been immune. They are the economic, political, civic, cultural and entertainment centers of the city, and in the minds of many people they are under siege.

Mayor Lori Lightfoot and Police Superintendent David Brown continue to promise to regain control of the streets and offer new preventative measures, including curfews for teens, but law enforcement efforts until present have been less than reassuring.

I’d like to suggest what I think is a simple and potentially revolutionary approach that worked well in Cartagena: foot patrols. Dozens of cops could walk and talk to people along the main streets in all the trouble spots where there has been the most trouble in recent years: North Avenue and Wells Street in Old Town; Rush, Walton and Oak streets in the Gold Coast; State, Hubbard and Kinzie streets in River North; and along Michigan and Wabash Avenues from Oak Street to the Art Institute. Walks along Navy Pier, beaches, and parks — especially Millennium and Grant — also make sense.

The visible presence of law enforcement on the ground in real time, without occasionally driving around in patrol cars or intermittently parking in the aforementioned areas, would act as a deterrent to potential troublemakers and a comforting presence for the people who live, work and play in these areas. areas.

That’s not to say there are fewer battered cops and detectives in other parts of the city with high crime rates — those residents and businesses deserve stronger, informed law enforcement.

But perception is reality, and it is imperative for the future of a deeply troubled city that millions of us know and love to restore a sense of safety and well-being to areas where businesses and the places that employ the most workers and attract the most tourists. , business travelers and pleasure seekers. This kind of visible and friendly but no-frills law enforcement strategy contributed mightily to the safety, security and ambiance of Cartagena 2009.

It could be an equally valuable law enforcement tool that it is hoped will give the Chicago of 2022 a badly needed new positive vibe.

As I said earlier: a game changer.

Andy Shaw lived, worked and raised a family in Chicago. He is still a journalist and civic activist.

Submit a letter of no more than 400 words to the editor here or email [email protected].

As OTAs begin, QB Lamar Jackson (and his contract status) is among the Ravens’ most interesting storylines again – Baltimore Sun