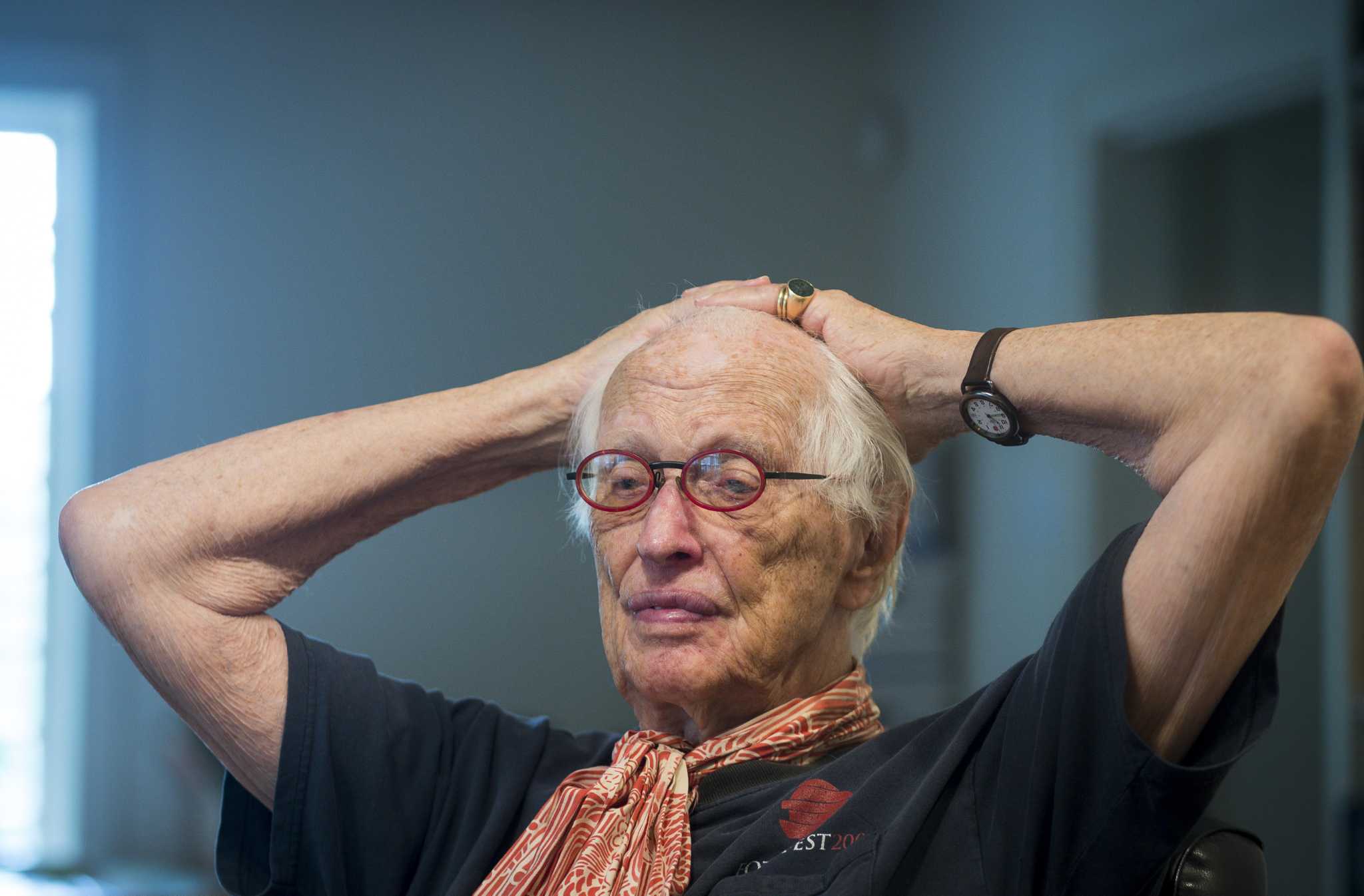 I remember Afghanistan in 1966 as a place full of hope

In the summer of 1966, I completed my two-year tour as Director of the Peace Corps in Sarawak in East Malaysia. Before returning home, I was asked to take a detour through Afghanistan to document a new experimental base program in Jalalabad to introduce Peace Corps volunteer health workers and their families to meet the needs. community health.

I am obsessed with the current disaster in Afghanistan and would like to describe what it was like when there was peace. My photos and my words describe the intimate relationship between Peace Corps volunteer doctors and Afghan villagers. Their mission to save lives contrasted so much with our government’s attempt to reconfigure Afghanistan – a culture that was not understood and resulted in twenty years of violent military action (a school from which I had graduated in 1950 as an infantryman in Korea).

A two day bus ride from New Delhi to Jalalabad took me through Pakistan until we reached a winding road, with special lanes for camels, climbing from the flat plains of the Punjab to Pakistan at 3,500 feet . We crossed the Khyber Pass, described by Rudyard Kipling as a “sword cut across the mountains”. The jaws of the rock served those in control, giving them the power to levy a price on anyone who chose to make the passage. He connected one world to another and helped shape centuries of history.

The Pashtuns who lived on both sides of this geological breach successfully defended it against the most powerful armies of the time. Invaders from the time of Alexander the Great in 326 BC. in 1919.

In 1966, Afghanistan was ruled by King Mohammad Zahir Shah, a progressive monarch with a prime minister who supported a new constitution allowing women to vote and a woman had been appointed to cabinet as minister of health.

Driving through Afghanistan we stopped at Ali Masjid, a strange place that had a dozen rock-cut regimental seals dedicated to the soldiers who had served in the Khyber during the 19th and 20th centuries. One shield represented a unit of 4,500 British and Indian soldiers with 12,000 camp followers who, as they attempted to withdraw from Kabul in India in 1842, were ambushed by Afghan tribes. Only one survivor, a British military medic, returned to Jalalabad.

The next day, I arrived in Jalalabad. Citrus fruits, date palms and sugar cane as well as cereal crops dot the gray expanses of the city. I arrived to encounter a traffic jam – buses full of sardines; camels carrying huge loads were led through the confusion. Carts assembled from scrap automobile axles provided mobility. The few women I saw were covered in long, loose burqas rolling on horse-drawn carts.

Shooting was easy with my Leica, a discreet 35mm camera. There were no tourists. “Where do you come from?” was a common question. Men asked me to photograph them. Each man wore a headdress representing his tribe or region. The turban was warm in the winter and kept the brain cool during the intense heat of the summer.

It was Ramadan, the ninth month of the Islamic calendar which began when the new moon appeared in the sky. The holiest period of Islam was a period of fasting and religious reflection that lasted from dawn to sunset. It was also a time of extreme stress as the workers continued, not only without food but also without water. Fasting was compulsory for everyone except pregnant women, nursing mothers, young children, and the very old and infirm.

Ramadan fasting had spiritual aspects that transcended appetite. It was a temporary social and cultural equalizer that gave the devotee a special perspective that connected all practicing believers – those who were lucky enough to have a full stomach at all other times of the year and those who were not. not. They were linked by hunger and thirst.

A teahouse in Jalalabad was filled with dusty, turbaned tribesmen seeking relief from a harsh enough world without fasting. Alcohol and women were absent in this dark and crowded public space. Even with the help of hot tea, no one gets rid of their hot clothes. Afghanistan is a land of extremes.

My mission in Afghanistan was to document a new Peace Corps experience involving medical professionals and their families, instead of the usual selection of recent college graduates. A team of four Peace Corps volunteers arrived at Nangarhar Medical School in October 1965 to begin the experiment. The program leader was Dr Robert Rogers, 66, who had retired from a successful pediatric practice in Greenwich, Connecticut. His wife, Mildred, was a teacher.

Dr Rogers’ job was to train Afghan teachers to train other Afghan teachers as clinicians. In addition to Dr Rogers, there were 15 other Peace Corps health professionals working at Jalalabad hospital and the two rural clinics. He estimated that it would take six to eight years to complete the mission.

Tragically, after nearly four decades of stability, Afghanistan in the early 1970s headed for chaos as the Soviets invaded and revolution, assassinations and the Taliban tormented the country. The massive intervention of our government over the past two decades has moved Afghanistan towards hell, rather than the â€œAmerican dreamâ€.

The 2021 press images provide such a contrast to what I was lucky enough to witness in 1966.

One of two village clinics set up by the Peace Corps was in Madrawal, a 45-minute drive from Jalalabad on a desolate rocky road. The land seemed filled with shrapnel left over from a war between the mountains themselves. There was not a blade of grass or tree in sight.

The stone walls covered in mud gave the clinic the appearance of a fortress. The animals lived in the yard. The clinic was at the center of community life, the main contact between Afghan villagers and the Peace Corps doctors who dominated it.

Swarms of mothers thronged against the windows of the clinic. Some hugged their babies. Forty to 50 children were seen every day for respiratory infections, diarrhea, parasites and other problems. The expressions of the women ranged from anxiety to the defensive. They jostled each other to reach the cartons of powdered milk decorated with an American shield. Many children suffered from malnutrition. Unveiled, the women of the village were assertive and strong when it came to the well-being of their children.

Medicine required physical privacy. Patches on the chest with bare fingers, a glance in the ear or the mouth, a few quick questions. Some women had anger in their eyes. They feared being treated by foreigners, Afghan interns and foreigners who could not communicate with them.

Men also came to the clinic. The eyes of an old, bearded and leathery farmer showed terror. For him, life had been shaped by circumstances so different from that of the well-meaning volunteer who had traveled halfway around the world to help.

What I saw in Afghanistan affected me for the rest of my life. I was able to learn more about this culture by recording the applied medical aid individually.

But I could not have imagined that, 55 years later, the hopeful scenes of Jalalabad and Dr Rogers’ Peace Corps team would be replaced by the tragedy in Afghanistan today.

As a photojournalist, I have survived learning from the people I have interviewed or photographed. My education ranged from traveling with the Sami reindeer migrations through arctic Norway, to living with a black farmer in a 13 foot trailer in Grimes County, Texas.

I am not an expert on foreign policy or an academic of Afghanistan. I never had the opportunity to go back after 1966. Should the United States have pursued a different policy in Afghanistan than supporting Islamic fundamentalists during the Cold War? I do not know. What I can say is that for a few weeks I saw a place where Americans were trying to help create a very different future than what we see on television today.

Baldwin is the co-founder of FotoFest and wrote a memoir titled â€œDear Mr. Picasso: An Illustrated Love Story with Freedomâ€.