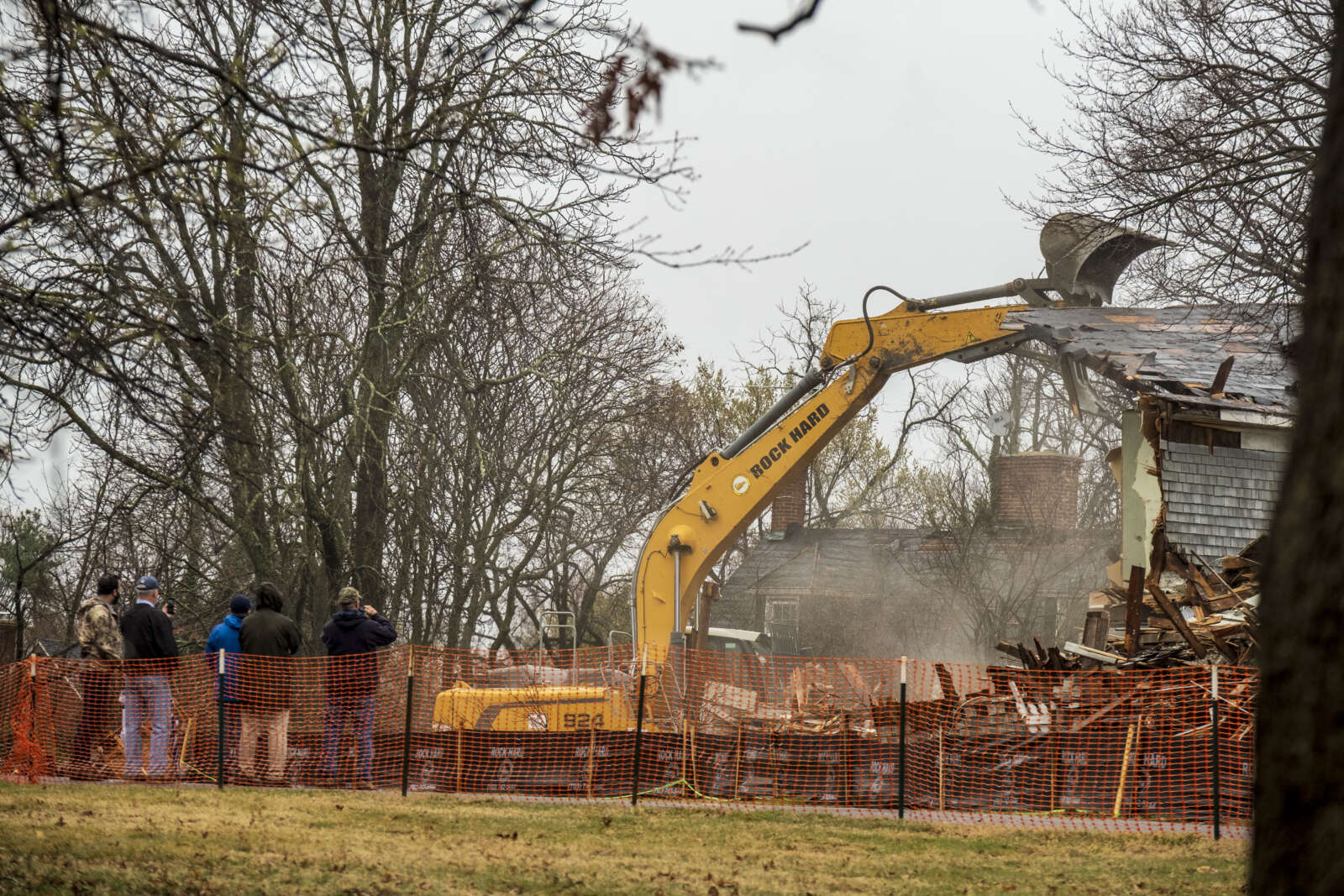 A recent survey of Arlington residents found a majority say the county needs to be more aggressive in preserving historic buildings, landmarks and resources from demolition.

Engagement in the survey, administered in 2021, was three times higher than engagement in a similar survey distributed two years ago, before the loss last year of two landmark homes – Febrey-Lothrop House and the Victorian Fellows-McGrath House – to make room for new housing.

The tripling, however, did not result in a more diverse respondent group. More than 80% of respondents were a combination of white, homeowners, and 45+.

The most recent pool of responses to the Historic Preservation Feedback Form is somehow even whiter and more owner-focused than the last. It seems indistinguishable from a CivFed meeting. pic.twitter.com/JI16BJqrlY

The survey is part of a county effort to update its master plan governing historic preservation, with a new focus on equity and inclusion, said Rachel LaPiana, spokeswoman for the Department of Community Planning. , Housing and Development.

Adopted and unchanged since 2006, the update – if passed by the county council by the end of 2022 – will guide historic preservation priorities and programs for the next decade, she said.

Many respondents said the county should highlight century-old properties, historic neighborhoods, archaeological sites, and resources related to Arlington’s immigrant, African American, and Native American communities. Some railed against the county and the plan not to preserve sites like the Febrey-Lothrop House, while a few said such teardowns were necessary to make room for more housing and affordable units. .

The survey asked general questions to understand what residents value, with questions such as “what stories, traditions, places, buildings and/or communities are important to you?” »

But for some civically engaged Arlington residents, the demographics of respondents were more interesting. They say that survey yielded detailed feedback from passionate people, but did not reveal how the wider community values ​​historic preservation.

The problem, according to Dave Schutz — a civically engaged resident and prolific ARLnow commentator — is how and where the survey is announced. His oft-repeated remark about community involvement in Arlington: “You ask twelve guys from Speedos if we should build [the Long Bridge Aquatics Center]you will get a twelve for voting yes.

Schutz suggested the county keep track of how respondents hear about the survey, so they know which views are being captured.

“I could require that surveys…contain an identifier so that people compiling the results can see which were completed by people who were notified via the Arlington Historical Society website and which by people notified via ‘Engulf and Destroy’ developers. Mwa-ha-ha website, ‘the county council’s website – and if opinion trends were significantly different, report to decision-makers that this was the case.

Joan Fitzgerald, a local resident who works in population surveying, says county survey questions are often phrased to confirm the biases of survey authors, while the questions can be dense with jargon.

“County survey questions are often confusing, and participants often need a solid background on the subject to even understand what is being asked,” said Fitzgerald, who sits on the development oversight committee of the Ashton Heights Civic Association.

That said, responses from people who understand the jargon are valuable as the county works out policy details, says Chris Slatt, a transportation advocate who pointed to the skewed demographic response to the survey via Twitter.

“People who are passionate about the issue often have specialist knowledge, a deeper understanding, and a willingness to spend time learning about a complex topic,” he said. “When this planning process comes down to ‘How do we achieve our goals?’ I hope people who are super passionate about historic preservation are knee deep in implementation details and haggle over tax credits and zoning ordinance details.

But to answer the most fundamental basic questions, Slatt says staff need to meet people where they are.

“You have to go to them, not ask them to come to you. You have to print out a stack of paper forms and take clipboards and go stand in front of grocery stores, schools or in parks,” he said. “It’s absolutely doable now, and it was also doable during the pandemic.”

“We are working with our partners to solicit feedback from a diverse audience as we move through this process – and we appreciate any support from the community to help spread the word. Our goal is to highlight all communities, races, ethnicities and groups by preserving the resources essential to these communities and highlighting their histories and narratives,” she said.