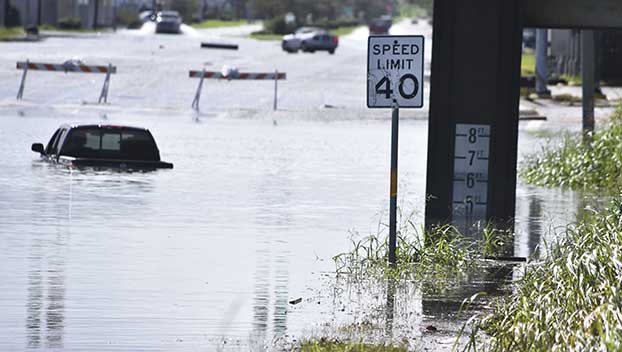 HARVEY HEROES – What have we learned from the historic storm? – Port Arthur News

When Hurricane Harvey turned into a storm, many Southeast Texas residents were relieved. However, as the storm moved back into the Gulf of Mexico after making landfall near Corpus Christi, meteorologists began warning of potentially heavy rain.

No, we were expecting the biggest rainy event in the country’s history. But after more than 60 inches of rain submerged much of southeast Texas, many had no choice but to rebuild or relocate.

Since Tropical Storm Harvey, Southeast Texas has also seen the fourth largest rain event in the United States behind Tropical Depression Imelda in 2019. After Harvey, many have rested on the idea that a storm of this size would probably never happen again, but Imelda removed any remaining comforts.

The storm forever changed the way entities in the region prepare for and respond to rain events.

As a result of Harvey, the Port Arthur Independent School District has had to deal with the displacement of a majority of students, teachers and staff.

“We’ve learned to always be prepared,” Superintendent Mark Porterie said. “Living in Southeast Texas, you never know. The flood hit us and we watched the water rise. We didn’t really think about leaving until it got so high we couldn’t. I think we’re a little more cautious about that.

Porterie thinks people are more likely to heed warnings from weather reports in the future.

“From a district perspective, we’ve learned that we’re resilient,” he said. “People came together as a district and a community.”

Porterie highlighted other challenges facing the district that will help deal with the next inevitable major rain event. In 2020, the district transitioned to virtual learning in response to the pandemic. Having the ability to go virtual in the blink of an eye could make the district more resilient and respond faster in the wake of another natural disaster.

“I think with the experiences of Harvey and COVID, the district could very well move forward with the instructions,” he said. “We have modernized. Each student has a device. Our teachers have had experience with virtual teaching. Our students understand the virtual and love it for some reason. I think the experiences we have had are strengthening us to say the least.

While districts have focused on how they will respond to the next event, municipalities across the city have been working to prevent the next tropical storm from having such devastating effects.

Nederland, like many cities, has struggled to secure grants to fund several mitigation projects, most of which aim to improve drainage.

“It’s difficult to prepare for five feet of water,” said Nederland City manager Chris Duque. “The Netherlands still have the record. He clearly showed the importance of drainage. We’ve put more resources into it. He has identified a few hot spots locally. Much of the grants disbursed since that storm have been more for a regional approach rather than a community or neighborhood. They want to look at the impact and how these issues occur downstream or upstream.

Duque said the city is working on projects that are the result of Harvey’s funding.

“We’re actually going to allow a bid on Monday for one of our larger drainage projects,” Duque said. “He uses Harvey funding. That’s how long it took to get the money out and put shovels in the dirt.

The city manager said the project would cover the Hildale and Hilterrace area between Highway 365 and Avenue H as well as the area between Nederland Avenue, Gage Avenue and First Street.

“I don’t think I remember a tropical storm doing anything like that with that much rain volume,” he said. “It was totally different. Usually when we do these tropical weather events, we’re more inclined to look at the wind coming in and the storm surge. You’re so used to a hurricane coming in and you know that you have to battle it for several hours as it passes overhead Harvey just meandered and dropped and dumped a huge amount of rain.