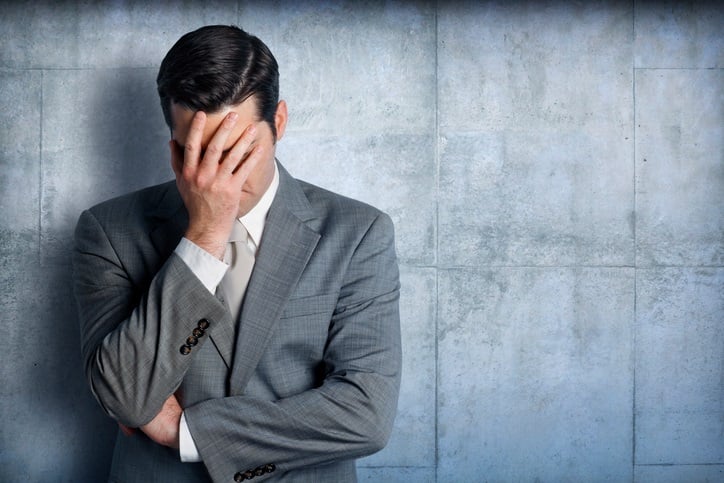 One of the biggest fears of 3Ls, in addition to failing the bar exam, is failing the character and fitness assessment for bar admission. This requirement may well be a reason why those in law school who have already graduated are reluctant to seek mental health services for fear of being rejected on these grounds. And if that’s the case, even for a law student or law school graduate, that’s one too many.

The Blog Legal Profession reports on two amendments considered by the Supreme Court of Ohio.

Currently, the fitness assessment consists of determining whether there is “evidence of mental or psychological disorder which in any way affects or, if left untreated, could affect the candidate’s ability to perform competently and professionally”. The proposed rule change would remove that from a long list of factors when considering character and suitability for admission. A good first step which hopefully other jurisdictions will follow. For too long, getting help for any reason at any time, mental health issues have been seen as a sign of weakness, both before bar admission and after admission. . Too many deaths by suicide, so many cases of depression and addiction, and other mental health issues may change that view, or at least spark a long overdue realization. Not a moment too soon.

Another change proposed by the Supreme Court of Ohio is to add as prohibited criteria to the consideration of fitness to practice “gender, sexual orientation and marital status”. Existing prohibited criteria already include age, race, color, national origin and religion. Good idea to expand the prohibitions since, since I didn’t know that any of the ones listed had anything to do with the ability to practice law.

Maybe, just maybe, our profession needs to open our eyes to the possibility that good lawyers, those who make a positive difference in society, can come from all kinds of backgrounds and not just the traditional go to college, go to law school, pass the bar, and start practicing wherever you can get a job. There are those who have been incarcerated, graduated from law school, passed the bar and are practicing.

Maureen Oyenlobi, who is serving a life sentence, begins this fall at Mitchell Hamline’s ABA-approved online law school. Convicted under Minnesota’s felony murder rule, her appeals have been repeatedly denied despite the shooter only being sentenced to 40 years and eligible for parole. Disparity of sentences according to sex? No, the criminal murder rule is apparently in play here. I would bet that Oyenlobi will have a better understanding of the Constitution than some others.

Did anyone watch the testimony of John Eastman, if you can call it that, before the House January 6 committee investigators? He invoked the Fifth Amendment dozens of times and apparently asked Rudy Giuliani to see if the incumbent president would consider him for a pardon. Excuse me. Eastman’s transformation from an exuberant “let’s go” rah-rah on Jan. 6, 2021, to a schlubby-looking dude sitting next to his attorney during his testimony was a study in contrasts. Perhaps he realized while testifying that he now had a lounge chair on the Titanic. Eastman was apparently taken down by our former prez. Don’t worry, you are not the first to be treated like this and probably not the last. Just ask other lawyers whom Trump has treated similarly over time. Does the name Rudy Giulani come to mind?

Has anyone ever told Eastman that a lawyer shouldn’t get involved in client mishigas? You defend the client’s position (if and only if it is based on the law or a reasonable extension of it and you are still concerned about the possibility of penalties under Rule 11). Where has Eastman been for ten years? Didn’t he know or shouldn’t he have assumed that the words the former prez saw were “what’s in it for me?”

I’m always amused, if that’s the right word (and I’m not sure it is), that people who think they can trash the Constitution when it serves their purposes are the first to claim rights (like the Fifth, and I’m looking at you, Eastman) when needed. It’s like the person who kills both his parents and asks the court for mercy because he is an orphan.

The California State Bar is investigating Eastman. With any luck, he’ll be listed in the State Bar’s bad boy gallery, along with Tom Girardi and Michael Avenatti. And please don’t tell me that’s SoCal water these guys drank. We do not have it.

Given the moving testimony of the disgusting and unwarranted harassment of the two Georgia election volunteers, there is no golden rule in Trumpland, nor would I expect there to be, and there is no shame in using the tactics available. on the theory that the end justifies the means. As bad as Girardi and Avenatti’s conduct was, I hope the State Bar will disbar Eastman for his conduct in trying to overturn the Constitution to accommodate one man’s rapacious needs. If not struck out, the oath we all took to uphold the Constitution will have been meaningless.

Jill Switzer has been an active member of the California State Bar for over 40 years. She remembers practicing law in a kinder, gentler time. She’s had a diverse legal career, including stints as an assistant district attorney, solo practice, and several high-profile in-house gigs. She’s now a full-time mediator, which gives her the opportunity to see dinosaurs, millennials, and those in between interact — it’s not always civil. You can reach her by email at [email protected].