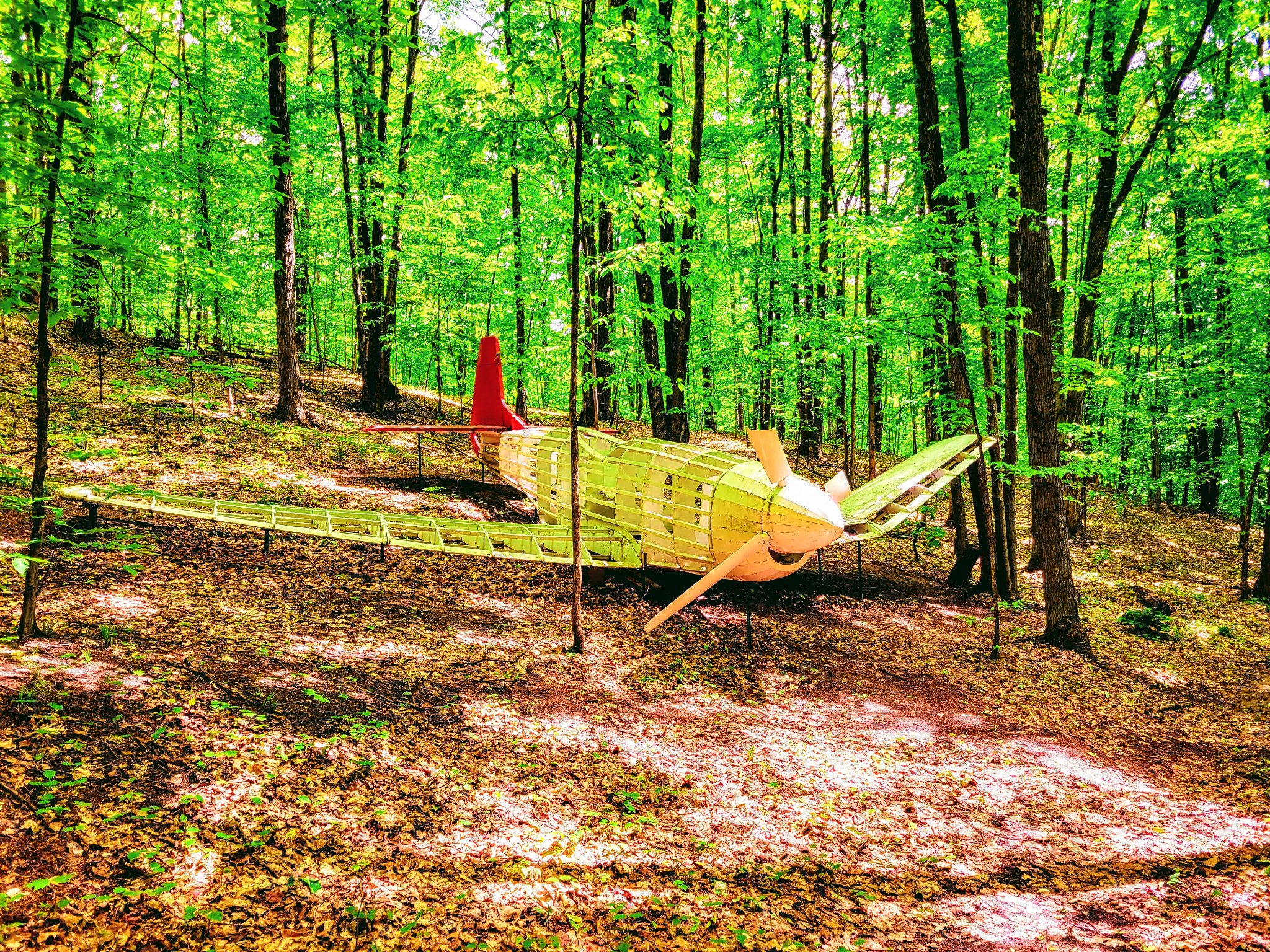 THOMPSONVILLE – The Michigan Legacy Art Park announced that it would once again join museums nationwide as part of the Blue Star Museums initiative; a program that provides free admission to currently serving U.S. military personnel and their families for the summer of 2022.

Blue Star Museums is a partnership between the National Endowment for the Arts and Blue Star Families, in conjunction with the Department of Defense and museums across America, according to a press release from the art park.

“We are always thrilled to participate in this program and honor our veterans,” said Angie Quinn, executive director of the art park. “We have one sculpture in particular that is a tribute to the military called ‘Fallen Comrade’.”

“Fallen Comrade” is sculptor David Greenwood’s stylized rendition of a P-51 Mustang – a fighter aircraft that played a dominant role in the air battles of World War II. This sculpture is, in part, a tribute to the bravery and skill of the famed Tuskegee Airmen, the African-American squadron of fighter pilots whose World War II record was heroic on two fronts – in combat. air as well as breaking down the barriers of racism in the US military.

“Museums educate and inspire, make us wonder and imagine, dream and remember,” said Dr. Maria Rosario Jackson, president of the National Endowment for the Arts in a press release. “By participating in the Blue Star Museums program, Michigan Legacy Art Park offers service members and their families the opportunity to feel connected to their community and explore the world through the power of arts, culture and design, contributing to each person being able to live an artistic life.

Blue Star Museums include children’s museums, art, science and history museums, zoos, gardens, lighthouses and more, and hail from all 50 states, the District of Columbia and the Virgin Islands Americans. The current list of participating museums will continue to evolve over the summer.