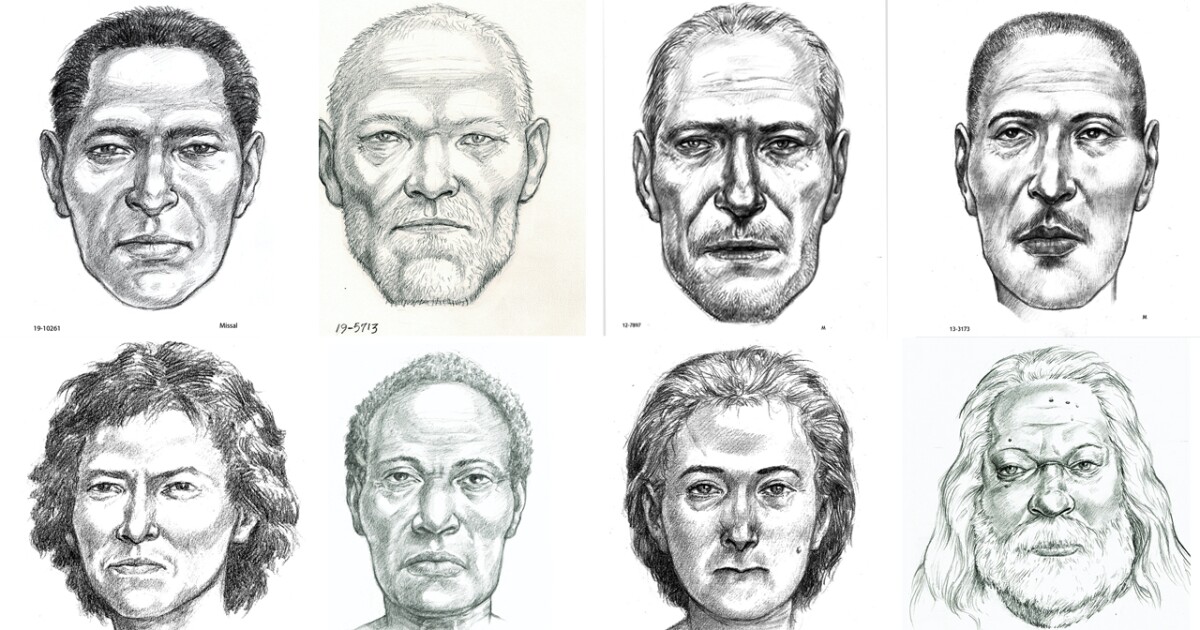 PHOENIX – About 45 miles from Phoenix, an ongoing search for missing field geologist Daniel Robinson has revealed the human remains of another individual – but who owns those remains?

Robinson, 24, who went missing in June after leaving a remote location on the ground, has not been seen since.

In early August, Robinson’s father and search teams searched the desert near the area where the young man disappeared. However, during the search for Robinson, the crews found part of a skull near the Cactus Road and Sun Valley Parkway area.

With just one skull, an anthropologist who works with the Maricopa County Medical Examiner’s Office is able to determine demographics, including gender, ethnicity, and age range.

Investigators from the ME’s office told ABC15 that an anthropologist determined the remains to be male, likely dead one to five years old, and in the 20 to 60 age range.

Christen Eggers, of the Maricopa County Medical Examiner’s Office, receives about 1,000 cases from unidentified people each year – with about one in ten cases turning into a cold case.

Eggers tells ABC15 that the Unidentified Persons Office has a lead in a family that could be linked to the partial skull found in Buckeye.

“It’s an unidentified person that we have here, and it will likely be a missing person,” Eggers said.

A TIP TO SOLVE

Stephen Missal, a forensic artist, who works with the ME’s office to illustrate what a person likely looks like, helps solve cases of unidentified and missing people with the tip of a pencil. Once the demographics are determined by the anthropologist, Missal will endeavor to provide a visual representation to hopefully identify a person.

The site carries a disclaimer stating that the content may not be suitable for everyone.

When you click on the site you can search as far as 1970 and by jurisdiction across the valley and parts of the state.

Cases will be listed with a case number based on the year a person was found, whether the case is active or resolved, and whether there are accompanying photos.

Most of these photos feature Missal’s work with her signature – other photos show items found on a person, sometimes including personal belongings.

Missal, who was an art professor at the university, later became a forensic artist with her unique skills. Often times, Missal will need to take a damaged or incomplete skull to help sculpt what is missing, he will also place tissue depth markers on different bones in the face to produce a reasonable likeness of the person.

Some characteristics are difficult to know, such as a person’s hair.

Missal spoke to ABC15 about the sketch of the unidentified man that was found in the desert at Buckeye. He said to focus on the facial features.

â€œThe shape of the face and the size of the eyes, the fact that the nose might have broken, but otherwise it’s a little crooked,â€ Missal said.

Eggers, with the ME office, said the skulls are among the most difficult cases to piece together due to what could be missing.

Missal tells ABC15 that he is thinking about the cases he is working on and that he hopes to get a positive identification on them.

“If you are solving a very difficult problem, I guess there is a bit of ego in it, but at the same time it means that you don’t just get it wrong when you do that, it means you are actually doing something. thing that works. “

There are around 225 to 250 cold cases with the Maricopa County Unidentified Persons Office. Eggers tells ABC15 that nearly half of them are people found in the wilderness.

To see unidentified people, you can click here. If you have any information or recognize these unidentified individuals contact the ME office at 602-506-1138.

Laura Jean Jordan- After exhausting all other leads, police contacted the DNA Doe Project six months ago in hopes of identifying the woman using investigative genetic genealogy. The method led detectives to ask the FBI for a partial fingerprint comparison, which led to the identification of Laura Jean Jordan.

File number 82-1246- The individual’s family had seen the name and possible sketch. A DNA sample was taken from the family, which confirmed the identification in 2017.

File number 21-07561- The sketch was viewed by the family online and the individual was visibly identifiable. Authorities compared examination photographs and surgical history to confirm identity in 2021.

File number 20-8700- Phoenix Police received an indication of a possible name for the individual after seeing the sketch on social media. Officials asked the FBI to confirm using the fingerprint information and were identified in 2020.

File number 13-5530- A social worker called, reporting the disappearance of their client. A possible sketch correspondence was sent to the social worker, who confirmed it was her client with a photograph of the individual. Using authorization fingerprints provided by MCSO versus post mortem fingerprints for identification in 2013.

File number 10-3664- The individual’s family had seen the sketch, along with separate renderings of tattoos, where the individual’s identity was later verified in 2017.