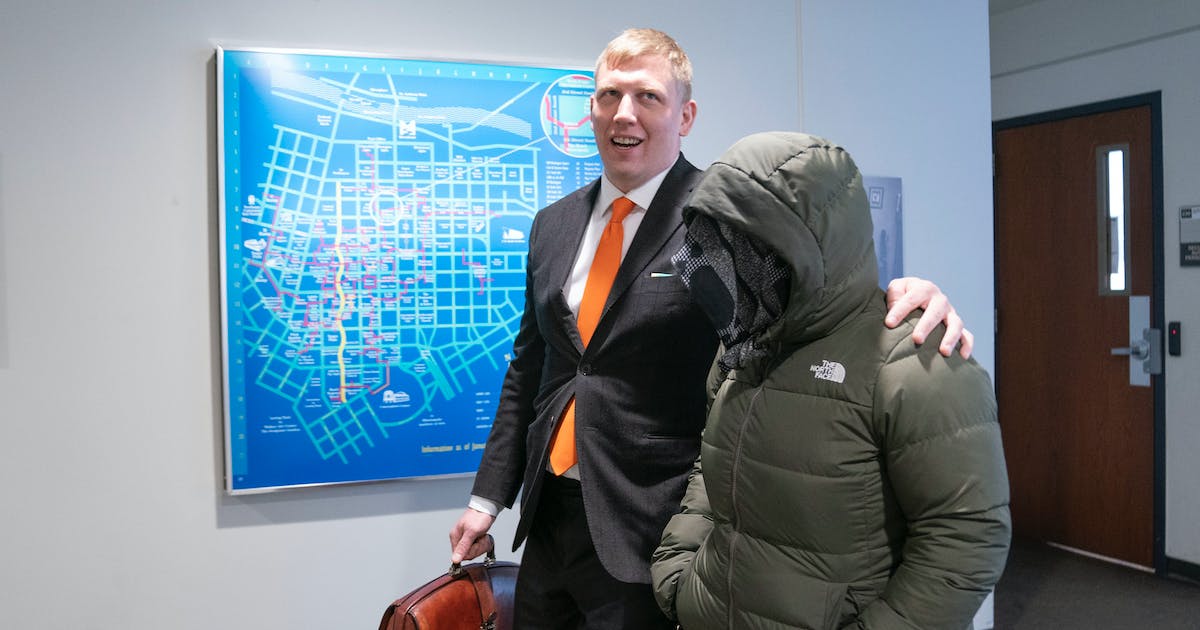 The sheer madness of Minnesota’s current food fraud snafu: While rules have been relaxed to limit on-site visits, a simple drive-by of the first slip showing that 2,000 meals were being served a day would have clearly shown that something was wrong (“Three plead guilty to federal food fraud,” October 14). Based on the volume of food being prepared, there would have been a very busy loading dock with bread orders, milk trucks, produce orders and semi-finished products from major food suppliers. There would have been overflowing dumpsters and a very good chance of seeing cooks outside on their breaks looking at their phones.

Surely at least one of the watchdogs worked in the company and hammered 600 orders (“covers” in restaurant terms) at a Mother’s Day brunch, for example. Any restaurateur would say 2,000 meals a day? Certainly not!

The writer is a cook.

The op-ed “Biden’s faux pas on strategic ambiguity” is dead wrong (October 11). President Joe Biden is not fooled. He declares that we will put troops in the field to defend Taiwan, then comes back, rinses and repeats. I don’t see how it can be more ambiguous than that. China no longer knows what to think!

John Rash is right when he writes, “The horrors of Hiroshima and Nagasaki should have convinced the world that nuclear weapons must never be deployed again” (“Nuclear Threats Prove Former the peace “). The Doomsday Clock by the Bulletin of the Atomic Scientists is 100 seconds to midnight, and that does not take into account the current world situation. President Joe Biden is right to warn us of armageddon.

In a special way, the citizens of St. Paul are tied to Nagasaki. The two cities are the oldest Japanese-American sister cities. The Japanese garden, the tea house and the cherry trees in Como Park are reminders of our friendship. Paul Granlund’s “Constellation Earth” sculpture sits very close to the Peace Statue in the Peace Park in Nagasaki. It was a gift to the city of Nagasaki from the people of St. Paul.

In 2018, students from Hamline University visiting Nagasaki joined Nagasaki University students at the Atomic Bomb Museum and proclaimed that everyone should be educated about nuclear weapons. Hearing from Beatrice Fihn of the International Campaign to Abolish Nuclear Weapons, they endorsed the Campaign to Abolish Nuclear Weapons and asked for support for the agreement on campus.

On January 22, 2021, an overwhelming majority of the nations of the world adopted the historic agreement to ban nuclear weapons. The United States has yet to join this effort. Our country has 5,428 nuclear weapons. Now is the time to call on the United States to sign the treaty. It’s time for us to once again join the “hibakushas” (survivors) and proclaim “Never again”.

While threatening to use nuclear weapons against Ukraine, Russian President Vladimir Putin mocks the fact that the United States has set a precedent by dropping nuclear bombs on Japan. He forgets to mention that the Soviet Union and the United States were allies at the time and that the attacks on Hiroshima and Nagasaki saved the lives of countless Russian soldiers by shortening the war.

The author is a retired senior foreign service officer.

US senators and president now say Saudi Arabia may not be a reliable partner as OPEC+ will cut oil production (“Saudis push back on US, defend oil cuts “, October 14). Where have these leaders gone? In June, the Washington Post reported that “the Saudi-led coalition carried out more than 150 airstrikes on civilian targets in Yemen, including homes, hospitals and communications towers…”. Analysis of government contract reports showed that the United States provided weapons, training, or maintenance support to the majority of fighter squadrons during these bombings. Proponents of “America first” seem to care, as long as American arms manufacturers can cash in. Congressional war powers resolutions aimed at curbing this support for Saudi aircraft have been in committee for months. All Minnesota House Democrats co-sponsored them. It’s time to push the resolutions forward.

I have taught courses at four colleges and universities on gerontology and aging. I have worked in the field of aging since my early 20s. I wrote a novel. I am now semi-retired. So when I met my future knee surgeon and she called me “young lady” three times, and when she told me she had fallen down and how two “little old ladies” l helped them up, I was appalled. But hey, she was going to cut me off, so I didn’t say anything. Karen, you would have spoken! I will do that next time. Go ahead, elder to be admired!

I read the opinion pieces and letters published on the Star Tribune opinion pages every day. Many of these pieces I find are thought-provoking; some of them leave me with a smile, some force me to re-examine my thinking; while other pieces leave me shaking my head. Karen Schott’s opinion piece published on Friday is an example of a head-shaker for me. Schott apparently gleefully relishes her name in the derogatory way “Karen” has become known: you know that person, the one who typically asks to “talk to the manager” in order to put others down, calling out behaviors and/or actions. that they consider unacceptable, based on their own unique set of values ​​(which are, unfortunately, usually closed).

Schott’s opinion piece is an example of this and what is wrong with our society today; that is, people who walk around with their heads full of conspiratorial thoughts and perceived ulterior motives that they attribute to others. The examples that Schott cites in her article strike me as examples of others trying to put her at ease and demonstrate that they have her full attention in times like these. Schott finds that this attention is diminishing. In both instances, these employees could have simply ignored Schott, said nothing to her at all, or treated her very impersonally. In that case, given the tone of Schott’s article, I think she would complain.

I think we should be grateful every day for the gifts we have. I also think that we, and our entire society, need to do better to give others slack, give them the benefit of the doubt, and always be aware that there might be bigger fish to fry.

There were reasons why the 1984 New Orleans World’s Fair was the last World’s Fair in the United States. He ended $140 million in debt. Bankruptcy has been declared. Investigations launched. Paychecks bounced. Indictments have been issued. The marketing director was sent to prison for fraud and bribes. Attendance, projected at 12-15 million, was only 7 million.

One of the goals of these shows is to showcase the latest and greatest ideas, technologies and “tricks”. We receive this daily from the Internet, television and other sources. Carnival rides were available, but our country is full of theme parks. The Twin Cities are not in the same league as New York and London in terms of culture, entertainment, restaurants or other parameters.

If the planners think it will be a success, they ignore the facts, are overly optimistic, or are just plain arrogant.