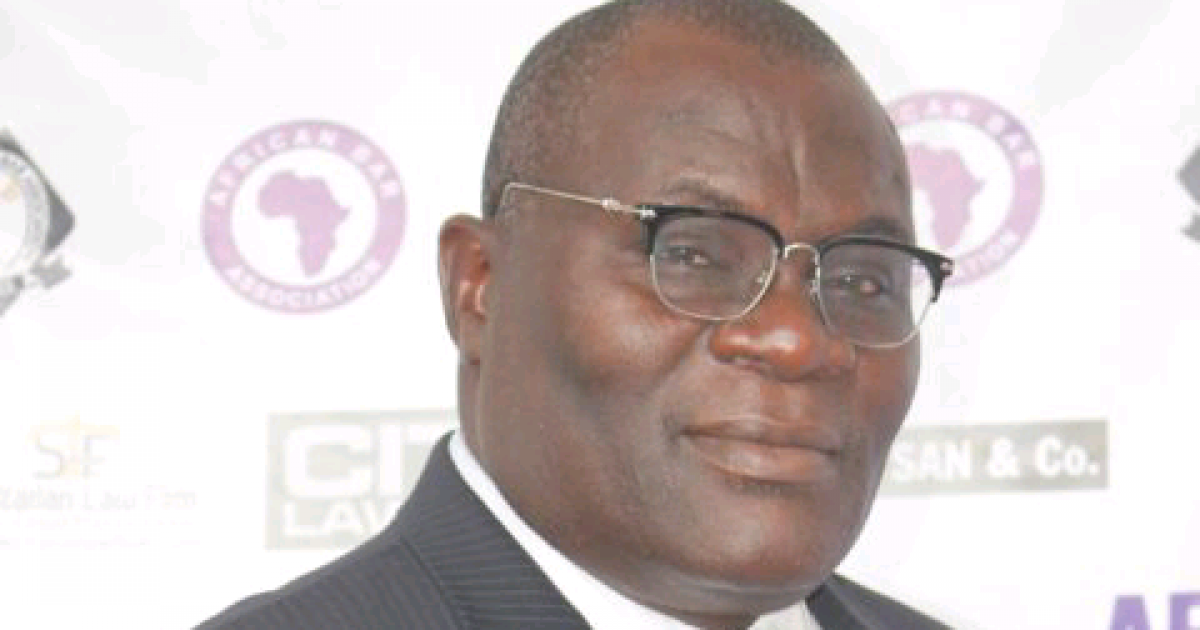 The Liberian National Bar Association concluded its annual bar convention in Ganta, Nimba County, with the election of a new corps of officers to run the affairs of the corps for another three years.

The convention, which has been described by some advisers as one of the busiest conventions, brought together about 600 lawyers from across the country.

In his opening remarks, the outgoing President, Cllr. Tiawan S. Gongloe commended the members of the LNBA for their cooperation during his tenure, especially those in the judiciary, including the Chief Justice and Associate Justices of the Supreme Court of Liberia up to the magistrates.

â€œThe strong support of the judiciary for the LNBA licensing mandate has greatly helped my administration get rid of charlatans who, without any legal training, indulged in the illegal practice of law through professional licensing fees at the LRA, performing legal services for gullible Liberians who need legal services, â€he said.

â€œThese charlatans, who marched through the halls of the Temple of Justice, disappeared when we made it mandatory for every lawyer to hold a license issued by the LNBA,â€ said Cllr. Gongloe.

He noted that progress in getting rid of bogus lawyers would not have been made if judges and magistrates had not supported the objections raised by licensed lawyers against the appearance in court of these suitors.

“Through [the judiciary] not allowing unlicensed attorneys to practice law, or dismissing cases filed … has dramatically raised the standards of law practice in Liberia, â€he added.

Cllr. Gongloe explained that by cooperating with the executives in the execution of the mandate, they increased the number of paying attorneys, and at the 2020 LNBA convention the turnout was 412, an unprecedented turnout in the history of the LNBA.

For the 2021 convention, Cllr. Gongloe said the record was broken when the convention registered around 585 lawyers, the highest number of bar association participants in LNBA history.

The convention culminated with the very competitive election, well debated by the candidates, including the fact-checking on the personal lives and conduct of the candidates.

The convention was held under the theme: “Corruption, a threat to peace and the rule of law” almost all the candidates argued in their debates the need to strengthen the bar in a more responsible way.

“We are trailblazers. What we do in this election will tell the nation what the 2023 election will look like,” Chief Justice Korkpor told lawyers.

The election began around 2 p.m. and ended at 6 p.m., immediately followed by the counting process, which ended at 3:45 a.m., and the subsequent announcement of the results.