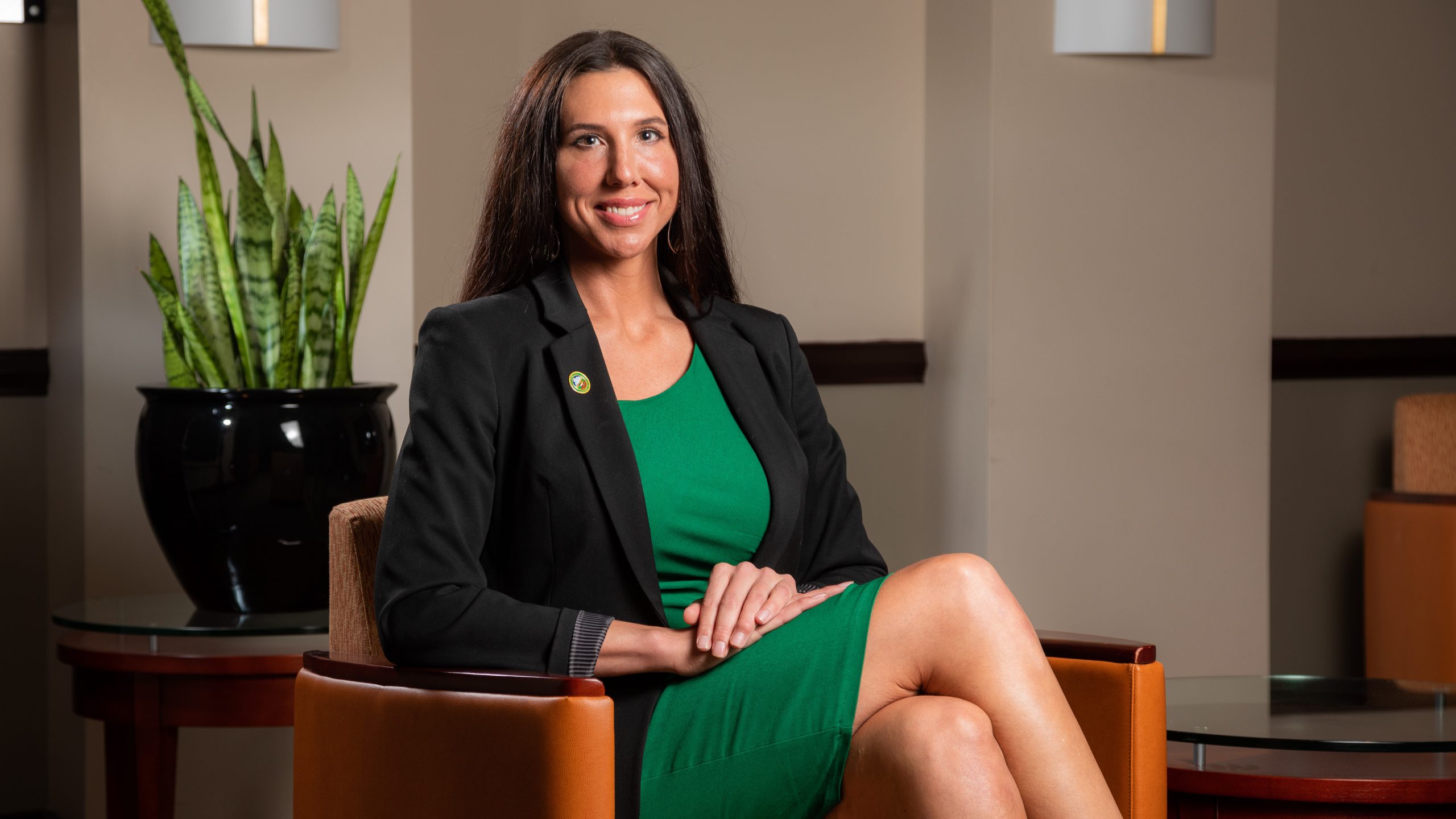 Jessie Stomski Seim ’08 is convinced she would never have attended law school or become general counsel for a tribal government if not for the scholarship she received to play basketball at the University of Wisconsin.

With the NCAA Women’s Final Four in Minneapolis in April, Stomski Seim, a citizen of the Muscogee (Creek) Nation of Oklahoma, uses her position as a member of the local organizing committee’s executive committee to raise awareness of the shortage of native students -athletes.

“Indigenous student-athletes are not being recruited,” said Stomski Seim, who works for the Indian community on Prairie Island. “And even when they are, there is a retention problem. If they come from tribal communities, the culture shock of going to a campus can be significant.

“Supporting these students is just as important.”

As important as basketball and sports are to many tribal communities, barely one percent of all NCAA student-athletes are Indigenous. In Minnesota, for example, Red Lake High School has had success on the basketball court, earning several trips to state tournaments for boys’ and girls’ teams. But it wasn’t until 2019 that the first Red Laker – Grace White – got a scholarship to play Division I college basketball.

Stomski Seim’s career at the University of Wisconsin earned him an induction into the program’s Hall of Fame. She was also drafted in the 2002 WNBA Draft and played professionally in France and Greece. “Physical competition was part of our traditions long before contact with Europeans, and basketball is good medicine for me.”

In the long term, Stomski Seim hopes to see a culture change in how college coaches recruit high school athletes. She notes that tribal reservations are often several hours away from city centers, which means fewer opportunities for athletes to be seen. But Stomski Seim says the NCAA can also be part of efforts to support students on the field. “If you don’t have someone who can drive you to practice, that’s a barrier,” she said. “A lot of these efforts require money, and we need to support tribal community members who are willing to do this work to encourage these young people to stay with them.

“Sport isn’t for everyone, but we know from research that there are so many benefits for kids who play sports, and it’s time to step away from the unhealthy stuff.”

The 2022 Women’s Final Four will be played April 1-3 at the Target Center in downtown Minneapolis.