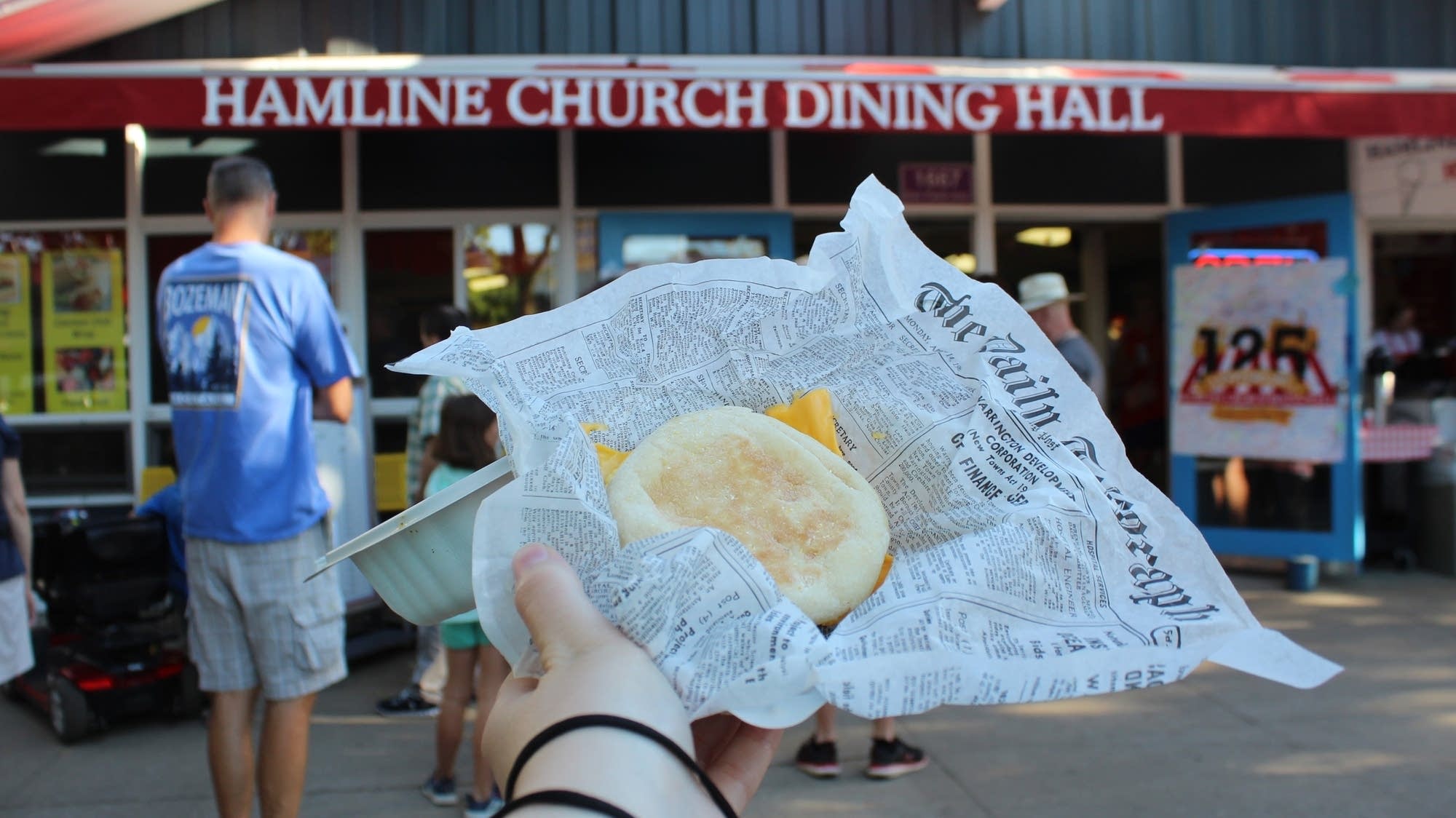 The Minnesota State Fair had plenty to eat in its early years, but not for humans. While the cattle remained fed, the people were something of an afterthought.

This changed in 1897 when a group of women from the Hamline Methodist Episcopal Church decided that visitors would appreciate sandwiches and cold drinks – something they could prepare and serve while representing their church at the fair and to fundraising.

Food became a central part of the fair experience, and the Hamline Church dining hall became a staple of fair living, a tradition that 125 years later continues to thrive amid the fried ice cream, falafel on a stick, pronto puppies, turkey legs and other creative dishes. who dominate the good life now.

It’s one of the last two State Fair church halls and it fills up the second it opens at 7am. The room has modernized over the years, but basics like classic ham bread and wild rice meatballs remain in high demand. The women of the Ladies Aid Society might still recognize the place.

“I wonder what they’re thinking now, you know? Did they think their dream would come true and that we would still be here? said Teresa Renneke, a committee member and volunteer for 40 years at the hall.

The venue, she said, provides an oasis from the constant crowds of people moving around eating at the fair. “You can come in and have dishes and silverware and sit down, it’s really just the atmosphere,” she said. “We are always trying to evolve.”

Many people, she added, start their day at the church hall. Being right next to the front doors doesn’t hurt.

Jan and Bob King of Savage Minn., come to the fair one day a year, and they always start their day in Hamline.

Bob said he’s been going there since he was a kid. Jan started joining him about 20 years ago when they moved back to Minnesota.

“It’s good to start the day with nourishing foods like this,” Bob said Wednesday morning in the room. “You can sit down and start your day. And they are just amazing, you all sit down and they come and refill your coffee.

Beyond the signature dishes, the room added a few favorites, including the Hamline egger – an English muffin, ham, egg and cheese. Thanks to a partnership with Al’s Breakfast in Minneapolis, blueberry pancakes instantly became a draw at the 2022 State Fair.

“It was really amazing. They’re a lovely bunch of people,” said Al’s Breakfast owner Alison Kirwin, who flips pancakes every day at the church hall. We’re both recognizable Minnesota brands, so that made sense.

They had discussed a partnership a few years ago, but then came COVID-19. Joining forces now for the Hall’s 125th anniversary felt like a “natural step,” Kirwin said.

On the first day of this year’s fair, the Hamline Church dining hall was named “the biggest stand of them all” for its authentic, centuries-old menu. To celebrate their anniversary, they are offering birthday cake flavored paletas, a new State Fair food.

On Friday, volunteers squeezed between tables with napkins or hot coffee. For some, the tradition of the annual fair is part of their summer tradition and they cannot imagine it any other way.

That includes Aileene Vanderbilt of Roseville, who has volunteered for 65 years at the hall. Although she says she didn’t want to do the math, she guessed that she started volunteering as a teenager. There are newbies and regulars at the tables, but she says it’s a first stop for many at the fair.

“I volunteer every year, we have to do something good,” she said. “The food is really good and, hey, I think we’re pretty friendly too.”

Top 10 Female TV Detectives Who Can Solve Any Case