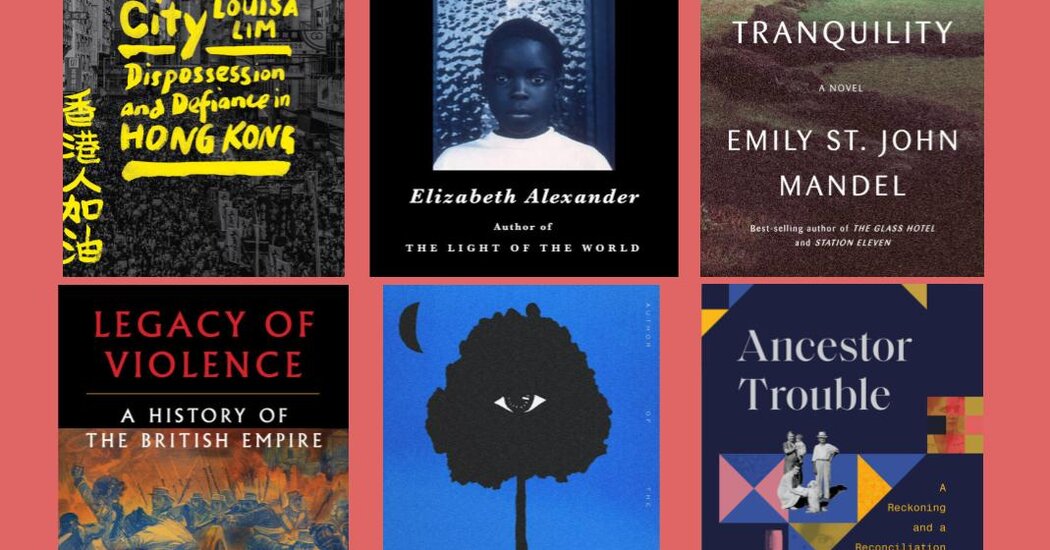 9 new books we recommend this week

LEGACY OF VIOLENCE: A History of the British Empire, by Caroline Elkins. (Knopf, $37.50.) Elkins, a Harvard professor who won a Pulitzer for her 2005 story of British atrocities in colonial Kenya, “Imperial Reckoning,” expands her web here to describe the enormous degree of violence needed to maintain the British Empire and challenges the dubious claims made about Benevolent Rule of Britain. During the 20th century, writes Elkins, “British security forces deployed increasingly intense forms of systematic violence which made the empire look like a recurring state of conquest”. Geoffrey Wheatcroft writes in his account that a “sinister new factor” was what his proponents called “air power”. From 1919 the planes of the new Royal Air Force were a much cheaper means of subjugation than armies. They bombed and machine-gunned defenseless people in Afghanistan, India, Iraq and Palestine.

SHELTER: Love, time and other explosives, by Mary Laura Philpott. (Atria, $27.) In his second collection of essays, Philpott explores a series of turning points – the growth of his children, the aging of his parents, the arrivals and departures of a tortoise that keeps showing up on his doorstep – with humour, emotion and wisdom. “Rightness is not a register in which a writer like Philpott – a person like Philpott – can dwell,” writes Judith Warner in her review. “That’s where his genius comes in: his book is about so much more. It is a certain type of love that is inextricably linked to the fear of loss. A certain type of anxiety – the anticipatory fear of the looming empty nest, which, if you’re a Philpott type, can begin the moment your baby is born.

ANCESTOR PROBLEM: A settlement of accounts and reconciliation, by Maud Newton. (Random house, $29.) Newton’s genealogical inquiry turns into an inquiry into genealogy itself, a subject rich in conjecture and an undying social longing she calls “ancestor hunger,” taking the book deep into history, science and spirituality. “She rolls through crests and troughs, makes discoveries and hits roadblocks, her narrative paralleling her own internal oscillations as someone ‘on the lower end’ of the bipolar spectrum,” Kerri Arsenault writes in his criticism. “When an investigation reaches its natural end, it backs off and begins another route. It makes sense, this method – which also becomes the structure of the book – because curiosity and life never follow direct paths.

THE UNWRITTEN BOOK: Investigation, by Samantha Hunt. (Farrar, Straus & Giroux, $27.) The novelist and writer’s defiant debut centers on her father’s unfinished novel (found in an office just days after his death in 2001) about, among other things, the attempt to fly without wings. “A daughter’s longing to understand her father in his absence resonates,” writes Kat Chow, reviewing the book alongside two other memoirs. “How well do you know about the dead – or the living, for that matter? Hunt circles around this question with increasing intensity as she draws lines between her mother’s overcrowded household, her father’s alcoholism, and her own relationship to art.

Archive of historic dialect recordings digitized for the public